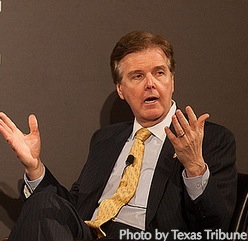 This morning, Dan Patrick released a commercial stating that he is the ONLY candidate that doesn’t support in-state tuition for illegal immigrants. This is clearly false.

From the Dewhurst Team…..
PATRICK LIES ABOUT DEWHURST’S POSITION ON IN-STATE TUITION FOR ILLEGAL IMMIGRANTS

In A June 2012 Interview With Ted Cruz, Sen. Patrick Defended Lieutenant Governor Dewhurst On His Attempts To Overturn In-State Tuition For Illegal Immigrants. PATRICK: “No, if you agree with me then quit saying it. Because the truth is that, Ted, in the special session, we passed that bill and it sat in the House for two weeks. So, to say that we passed the bill too late for it to be passed. We passed the bill, because special session lasted a month. It sat in Byron Cook’s committee. Ask House member Republicans who were on that committee how frustrated they were that it didn’t come to the floor for a vote. That was not the Lieutenant Governor or the Senators. That was over in the House. If you want to complain about their leadership, complain about their leadership. And in terms of in-state tuition, what I will say that that bill is an education bill and it goes to an education committee. And it didn’t come out- Brian Birdwell tried to get an amendment on the bill and he couldn’t get the votes for it. But I don’t believe it was a sabotage bill.” (KSEV’s “Baker Patrick,” 6/28/12) 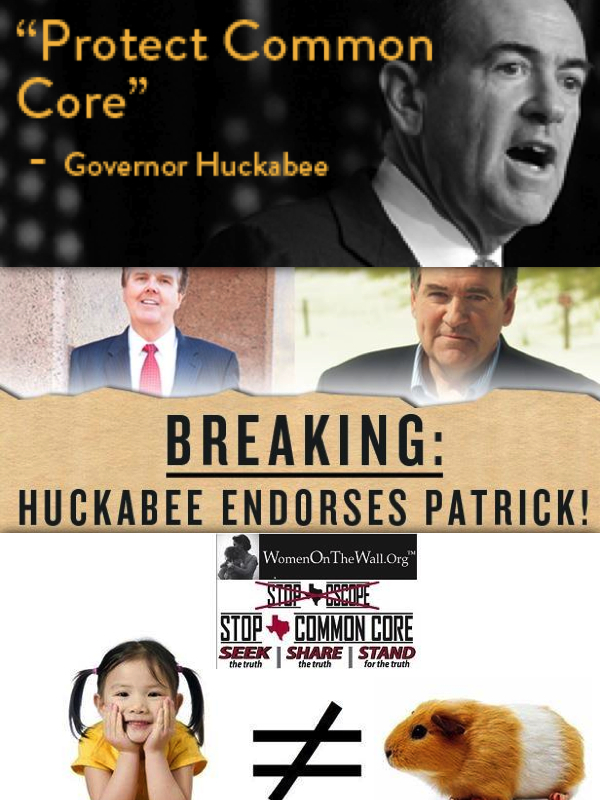 Original audio of Patrick defending us on in-state tuition starts at 9:37.

The Patrick campaign has another tactical blunder under their belt.  You may recall the last one.

“Sorry Dan Patrick- for the guy who was suppose to be the CSCOPE hero the endorsement by Gov. Mike Huckabee is very concerning. Not only is Huckabee pushing Common Core he is pushing legislators in other states to stand for Common Core.

I do not want a Lt. Governor who can be influenced by a big media guy like Huckabee.

Texans not only protect children in the Womb we protect them in the Classroom.

Now days it is even harmful. Huckabee defended Common Core on his own show and is out endorsing the Washington Establishment folks like Lindsey Graham.

Not a good move for Sen. Dan Patrick I would say. Looks like he is hanging out with the establishment guys not the Tea Party heroes like Ted Cruz.