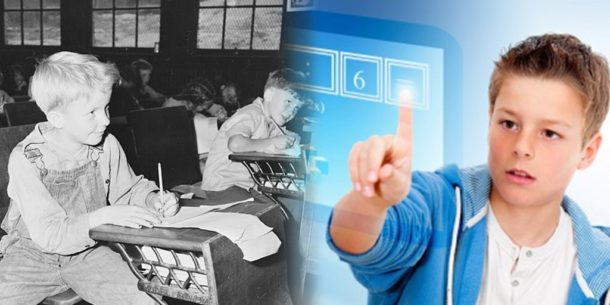 As parents, teachers, schools and public entities are wrestling with the fact that our privacy and our children’s privacy is being exploited not only by EdTech, but by the public/private partnerships as seen here and quoted below; I believe it is important to listen to those who’ve been in this battle to protect America’s children and expose the truth, please read below Diana Anderson’s insight and wisdom. 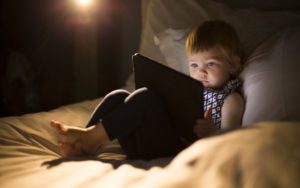 “A Federal Trade Commission official suggested Monday that the agency is considering changing children’s privacy rules in ways that could empower YouTube to collect data from users who watch videos aimed at children.

“We have heard that the inability to engage in interest-based advertising on YouTube is going to hurt content creators,” Andrew Smith, head of the FTC’s Consumer Protection Bureau, said Monday at the annual conference of the National Advertising Division, a unit administered by the Better Business Bureau.

Smith added that the agency is “worried” that Google’s YouTube will become a “desert of crap” if content creators can’t monetize their material with behaviorally targeted ads.

On October 7, the FTC will hold a workshop on potential revisions to the Children’s Online Privacy Protection Act rules. Smith said he anticipates revisions to the rules as a result of the workshop.”

Below was written by Diana Anderson:

The authoritative rhetoric states that collecting data on student performance is purposed to increase student performance and determine proper placement in a career.  Reasoning, however, dictates that the basis in mining data longitudinally, from infancy throughout one’s life span is nothing less than Big Brother monitorizing your life.  …  New paradigms of rights and privileges are continually redrawn on an etch e sketch, meanwhile, students’ attitudes, values, and beliefs are collected and stored in restricted databases. What other reason would there be to gather politically correct and affective data, if not to grant more than skills for a job?

The underlying purpose in data mining is revealed in a confessional report released in 1973 on Data Stewardship; Managing Personally Identifiable Information in Electronic Student Education Records1. The US Secretary’s Advisory Committee pronounced the need “to maintain data in the system with such accuracy, completeness, timeliness, and pertinence as is necessary to assure accuracy and fairness in any determination relating to an individual’s qualifications, character, rights, opportunities, or benefits that  may be made on the basis of such data.”

Government documents are written in legalese, with detailed scrutiny, so let us quote the above once more, eliminating three of the five rewards which would naturally pertain to education and/or job training.

“Maintain data in the system with such accuracy, completeness, timeliness, and pertinence as is necessary to assure accuracy and fairness in any determination relating to an individual’s rights or benefits that may be made on the basis of such data”.

It is explicit, two reasons for the basis in creating a database is to determine an individual’s rights and benefits. Are they speaking of the right to work or the benefit of a secure future?  Qualifications would be inclusive of securing a diploma and/or training for a career or trade. Character Counts’, as they say, and we all agree that a range of opportunities expands for people who persevere. The report goes on to list the Personally Identifiable Information that needs to be protected, such as demographic information on the student and family members and a personal identifier (i.e. Social Security Number).

“The PPRA requires written parental consent before a minor student can be required to participate in any survey, analysis, or evaluation funded by the U. S. Department of Education.” The Protection of Pupil Rights Amendment was passed due to the concern in mining indirect identifiers’;

Setting aside the nullifying actions by Secretary Arne Duncan regarding the Federal Education Rights and Privacy Act,

Will the Personally Identifiable Information (PII) obtained by the longitudinal database determine your child’s rights in the future? Listed in the report

There is no right to the pupil or public privacy! Americans gave them up, sharing their private lives on television and with social media. The public was willingly conditioned on ceding precious rights for government benefits. Hence, given the non-congressional changes in the FERPA, it goes to show that government-granted rights can be easily dismissed at the wave of a hand. Parents have no rights if their children are in government schools.

Progressive school reformers have forged a Learning Society in cloakrooms, board rooms, and private homes for decades. It was only when the infrastructure and the Platonic guardians were firmly established, that the ‘Idea’ was made public. Ironically, the beastly internet has provided the exposure of truths posted by people, untouched by the lure of guardian-speak.

The Chief State School Officers Institute released a public relations pamphlet in 1974, affirming the rights of local control of education. They lied. With the assistance of 50 Chief State School officials and some futuristic speakers, they crafted recommendations for the federal Office of Education that same year. Four decades of restructuring society and schools, led by the CCSSO brought Man, Education and Society in the Year 2000 to fruition. The recommendations:

1) There can be no such thing as “value-free” education. . . Skills listed are targeted for entrance into a centrally planned workforce.

2)  Values that guide behavior as it relates to a changing environment must be understood.

3)  Educational credit should be available to students for activities related to their studies in work, volunteer action, community participation, school volunteer programs . . .

4)  Perhaps, at all times a third of our youth ought to be learning outside the formal school in planned experiences.

5)  Our society presently does not have a method for helping our young make the transition to adulthood, joining the workforce. Can education be seen as relevant by our young if it assumes no responsibility for helping them find a place in our society?

Two men served under President Nixon’s administration, as Secretary of Health Education and Welfare. Elliot Richardson, who wrote the forward to the 1973 report and Caspar Weinberger, whose efforts in this role would coincide with using data to determine a student’s cog in the wheels of a centrally planned workforce. (Planning, Programming, Budgeting and Evaluation Systems, 1973) The CSSO’s recommendations of 1974 were handed off to the Secretary’s Commission on Achieving the Necessary Skills, who developed the SCANS 4 report, released in 1992. It is a legalized blueprint, merging education and labor for a soviet styled workforce. People in the 21st Century are human capital, resources for the global state.

The Chief State School Officers in 1974, envisioned Traveling Through Time3 as their recommendations were researched and stored in a data cloud, a digitized means to place children into society. The National Forum on Education Statistics outlines the “basic and expanded Longitudinal (LSD) features that go beyond formal schooling”. It captures data reaped from “Early childhood education, postsecondary and workforce”. A student’s Unique Identifier number “remains with, a student throughout his or her P-12 career and beyond”. Expanded features include assessment data, data sharing with Social Services and geographic information system, plus “other data” (pg.14). The other data’ meaning the character counts data, the affective data, the value-based data, those changeable values that children have demonstrated conditioned on their environment. Those 21st Century values count heavily towards determining rewards for serving society.

This all leads us to a new question. Is attitude and value formation a function of authorities or merely the changes in the roles teachers take on? The imposition of the National Common Core State Standards and the emphasis on teaching critical thinking skills work to deflate traditional values and substitute with a politically correct non-ideological world view. Possibly new rights forthcoming would include owning a cell phone, access to the internet, or traveling abroad. Only time will tell.