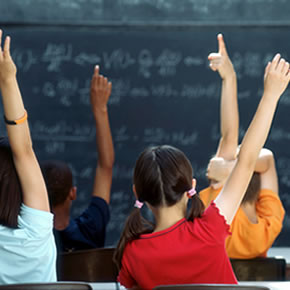 The battle for the hearts and minds of our children-

Those of us who have been in this battle against CSCOPE  understand clearly that this issue is a political opportunity and a political hot potato. For those elected officials who understand this is not about their political future but about the children of Texas and the future of our state and our Nation, you are welcome to access that opportunity.  This is because you are listening to Parents, Tax Payers and Teachers.  For those who allow the narrative to be driven by people like Microsoft Lobbyist and SBOE elected official Thomas Ratliff you will be dismissed.

When elected officials earn a vote honestly that is a gift of the wonderful American system we treasure. It gives ultimate power to the people. That is the issue with regard to the school choice debate that no one is Austin, Texas is talking about. Real school choice is about parents and teachers having the power to decided what is best for our children, not an education bureaucracy that manipulates and controls teachers much like the Curriculum Management system in CSCOPE. (See Below exactly how that affects Texas Children.)

If we allow our public schools to be taken over by the Common Core/CSCOPE philosophy of education they will fail. Charter Public and Private schools will no doubt fill in the gap. The challenge is that these schools are run by appointed boards and they are beholden to who provides the grant money. Local elected school boards will be no more. The gift of earning that vote by a local school board will be no more. Our American System will be effectively dismantled from the ground up.  School Choice then becomes no choice.

That is why I will fight for Texas Public Schools and our teachers  because many are the heart and soul of a community. Which is the heart and soul of our nation.  I hope you will join me and so many other wonderful Parents, Grandparents and Teachers at the Capitol on Monday at 1:30 pm. for a news conference to announce a victory for Texas Children in Llano ISD and their Teachers! 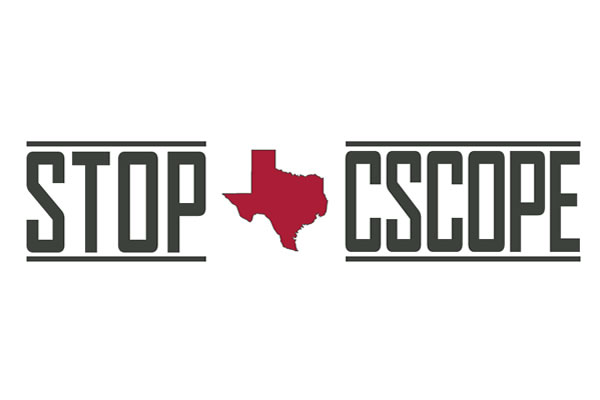 Austin, Tx -Lt. Governor David Dewhurst and Llano ISD Parents, Grandparents and tax payers will hold a news conference on Monday, August  12 at 1:30 PM CT in the Senate Press Rm at the capitol in Austin,  to announce that parents, grandparents and taxpayers of Llano County, Texas sought and obtained a Temporary Restraining Order from State District Judge Dan Mills. This Court Order bans the Llano Independent School District (Llano ISD) from the use of CSCOPE Lesson Plans until those plans have been approved by the State Board of Education.

Details of the news conference:

THE DIFFERENCES BETWEEN CURRICULUM STANDARDS AND CURRICULUM

I remember when the CSCOPE personnel kept telling us early-on that it was not a curriculum; but because of the work done by Colleen Vera (posted below) in getting copies of the contracts between CSCOPE and Harris County Dept. of Education (attached), we were able to show by the actual wording that CSCOPE was not just a curriculum management system but was also a curriculum. The CSCOPE lessons, exemplar lessons, and assessments are all considered to be curriculum.

Because assessments drive what is taught in the classroom, it is imperative that the CSCOPE assessments not be used by Texas school districts.  We have had testimony from Texas classroom teachers who have stated that the assessments are faulty, have incorrect questions on them, and are poorly aligned even with the CSCOPE lessons.

Because the CSCOPE lessons are not aligned with the SBOE-adopted TEKS, then the inferior CSCOPE assessments certainly should be dropped from use.

EXAMPLE:  The CSCOPE Scope and Sequence binds the teachers into following a particular timeline to teach the curriculum. For instance, the CSCOPE Scope and Sequence document might say that I as an English teacher have three days to teach complete sentences; but for me to make sure students can locate a complete sentence, they first have to be able to:

Find the verb and its subject(s)

Differentiate between phrases and clauses

Pull out the independent/dependent clauses

All of this is involved with teaching a complete sentence and takes months of hard work to teach.

If the CSCOPE Scope and Sequence were to limit me as a teacher to three days to teach complete sentences, then CSCOPE would successfully be dictating to me what I can and cannot teach.

This explains why the CSCOPE Scope and Sequence does end up driving the curriculum. The Scope and Sequence timeline itself basically dictates to teachers whether they have the time to teach a thorough Type #1 (Traditional) unit or a hit-and-miss Type #2 (CSCOPE/CommonCore), dumbing-down type of presentation.

I hope this helps to clarify the issue of “curriculum” and makes it clear that the CSCOPE lessons, assessments, Scope and Sequence, and all of the other parts of CSCOPE are out of step with the state-adopted TEKS which are mandated for every public school classroom teacher in Texas to teach. 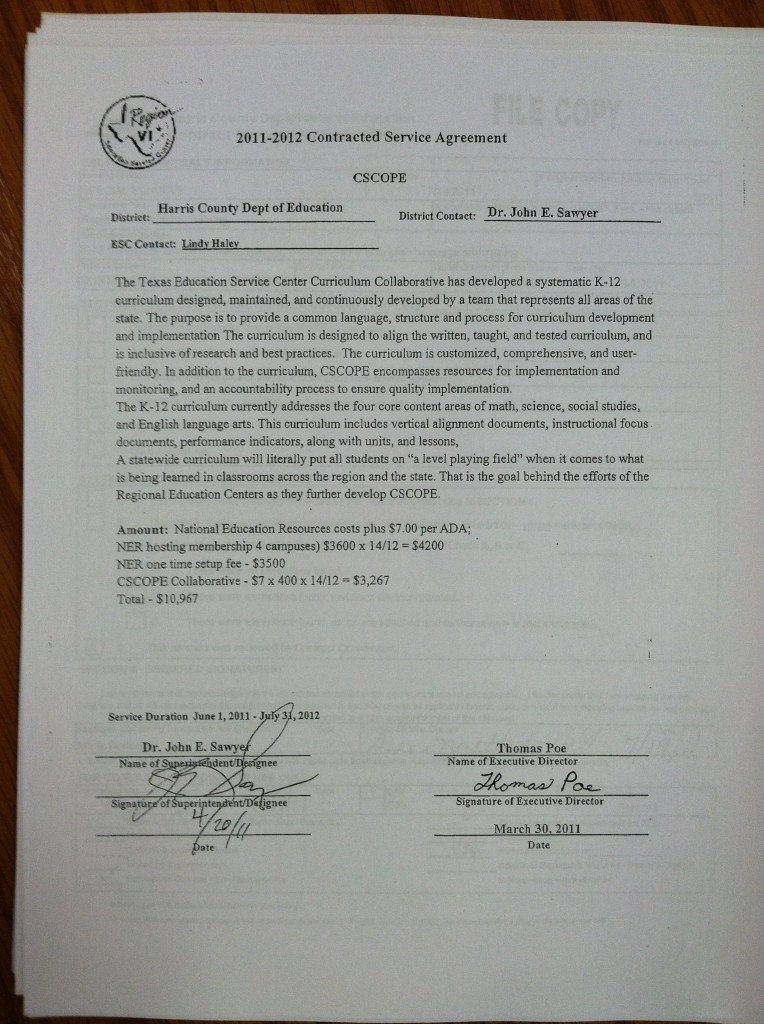 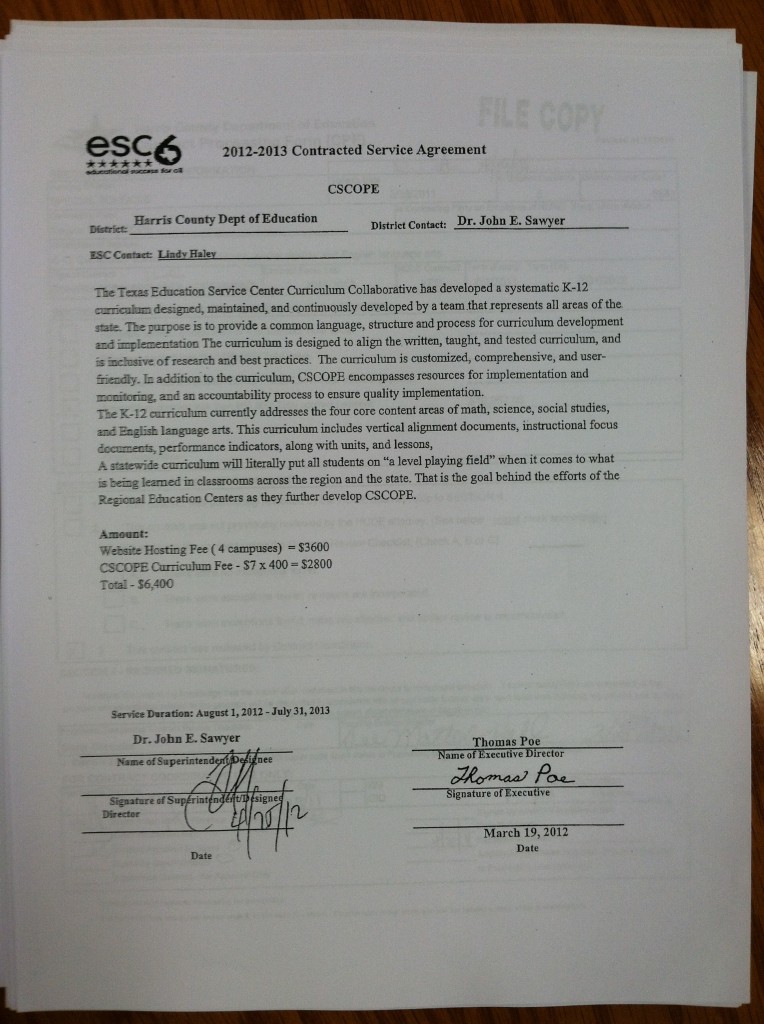