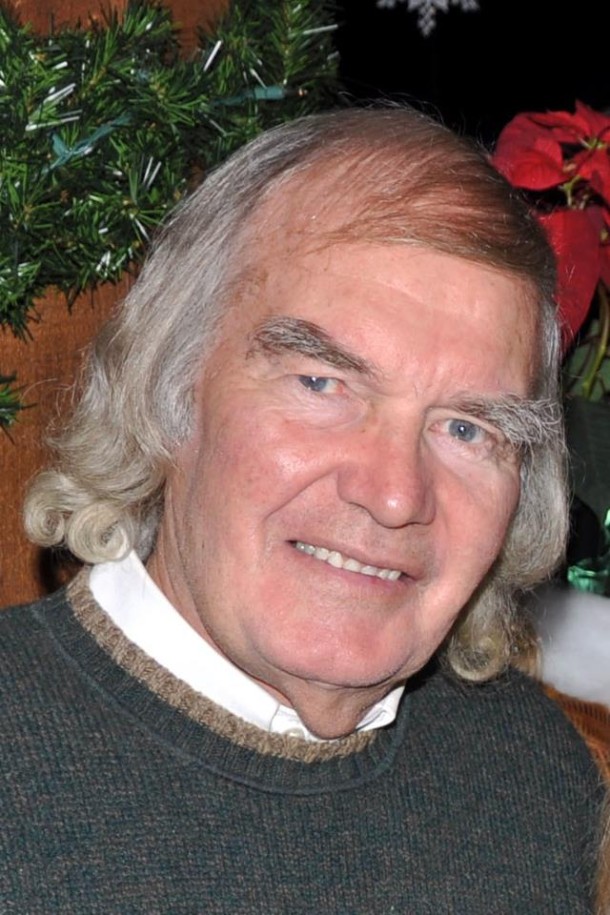 Obamacare, CSCOPE both beyond fixing

[12.7.13 — Bill Ames is an authority on social studies/history, served on the Social Studies TEKS writing team, and has recently been a part of the reviewers for the CSCOPE lessons. In the eleven CSCOPE lessons that Bill evaluated, he stated:

Beginning with the first lesson I reviewed, it became evident that the CSCOPE lesson plan authors focused on including the politically correct, biased portions of the TEKS, while omitting those that did not contribute to their leftist ideology…The combination of not presenting academic facts, along with providing un-vetted, un-researched, ideology-biased student research materials, is the perfect recipe for an education establishment committed to indoctrinating Texas’ students with its socialist ideology.

CSCOPE – The Obamacare of Texas Public Education: ObamaCare, CSCOPE both beyond fixing

Texas Insider Report: AUSTIN, Texas – Americans increasingly realize that Obamacare is not about providing quality healthcare for all Americans.  Its creators could care less.  Rather, it is about a progressive power grab structured to gain control over a large chunk of the U. S. economy. Likewise for CSCOPE, a thinly disguised Common Core methodology being used across Texas, despite the fact the Texas Legislature has banned Common Core in Texas.

Obamacare is about a group of elitists who believe they know what is best for us, because we citizens are too dumb to know what is best for ourselves. For this reason, there is no hope to fix Obamacare.  Its creators are so determined to reach their goal that the compromises to allow a reasonable health care program are impossible.

Likewise for CSCOPE.  It is a thinly disguised implementation of common core methodology, in spite of the fact that the Texas legislature has banned common core in Texas.

And like Obamacare, the CSCOPE juggernaut is comprised of elitists who think they know what is best for our kids, and who much prefer to trashing their opposition than considering compromise.

CSCOPE IS NOT IN COMPLIANCE WITH SBOE ADOPTED STANDARDS

CSCOPE critics have done admirable work in exposing lesson plans that reveal CSCOPE as anti-American, anti-Christian, and a rogue implementation of the legislatively-banned common core philosophy in Texas.

But CSCOPE proponents publicly claim its lesson plans are aligned with the SBOE-adopted TEKS.

The pro-CSCOPE folks are wrong.

Yes, the CSCOPE lesson plans that categorized Boston Tea Party patriots as terrorists, and Islamic 911 terrorists as freedom fighters, have been quietly removed from the CSCOPE arsenal. But those lessons have been replaced by more subtle and clever ways to indoctrinate Texas’ students.

As a CSCOPE volunteer lesson plan reviewer, I recently reviewed eleven CSCOPE U. S. history lessons.  My past experience gives me a wealth of knowledge regarding TEKS (Texas Essential Knowledge and Skills) content and curriculum evaluations.

The original TEKS standards document proposed by a leftist-biased review panel in the fall of 2009 was so far removed from mainstream Texans to be unacceptable. The balancing amendments adopted by the SBOE in 2010 reversed the bias and defeated the left’s war on history.

Beginning with the first lesson I reviewed, it became evident that the CSCOPE lesson plan authors focused on including the politically correct, biased portions of the TEKS, while omitting those that did not contribute to their leftist ideology.

A summary of examples follows.  In the interest of brevity, only a summary of the most egregious TEKS compliance violations are included.

– Only one 50 minute period, out of a seven period module, was spent covering the key events of WWII:   Midway, the Pacific theatre, Normandy, the Bataan Death March, liberation of concentration camps, the development of atomic weapons.

– Nearly as much class time was devoted to the (multicultural) contribution of the Navajo code talkers.

– A referenced biography of President Roosevelt includes the phrase, “Today the Obama Administration continues to protect and ensure Social Security will be there for future generations.”

– The WWII lesson plans are taken to a laughable extreme in classroom time-wasting, by assigning students to write acrostic (look up that one) poems using the last names of WWII leaders and significant groups.

– In a typical example of ignoring America’s positives, this lesson ignores a TEKS requirement to study the growth of agriculture and business, and how both contributed to the emergence of the United States as a world economic power.

– Also missing was the TEKS requirement to address America’s scientific discoveries, technological innovations, and the benefits of the free enterprise system.

END OF THE COLD WAR

– There is ample study of divided countries (Germany and Korea), but no comparison of the economic outcomes of West/East Germany and South/North Korea.  I suggested adding the famous night satellite photo of North/South Korea be added to the lesson.

– The Venona papers, that revealed communist infiltration of the FDR/Truman administrations, were ignored.

– This module ignored the unintended consequences of the Great Society programs:  Paying welfare mothers to have additional out-of-wedlock babies, and preventing the father from living in the welfare-subsidized home, thus creating the inevitable inner city poverty and crime associated with single parent families.

– Also ignored was the reality that the Democrat Party (Southern Congressmen and state governors) made up the primary resistance to civil rights legislation.

– The anarchy, violence, and anti-American extremism of Vietnam-era radical protestors is not addressed.

– A student handout of icons depicting the Bill of Rights characterizes the 2nd Amendment as protection for hunters’ rights.

– Lesson ignores the TEKS requirement to “Evaluate efforts by Global Organizations to undermine U. S. sovereignty through us of treaties”.

– No mention of the effects of 12-20 million illegal immigrants.

A significant question asked to each lesson plan reviewer reads,

“Does this lesson cover the TEKS indicated therein as being applicable to this lesson?”

My answer to each of the eleven lessons was “no”.

It is instructive to note that each of the other three reviewers who submitted responses for these lessons answered “yes” to this question for each of the eleven lessons.  Upon questioning the facilitator for my group, she acknowledged that each reviewer had a lesser knowledge than I of the TEKS involved, and also performed a less rigorous analysis of TEKS coverage of the lessons.

I fear that this defect may be true across all 400 lessons, and if so, casts serious suspicions regarding the validity of this whole CSCOPE review exercise.

IN ADDITION TO CONTENT, THERE ARE SIGNIFICANT FLAWS IN THE CSCOPE INSTRUCTION MODEL

When most of the folks who read this were in 11th Grade, the instruction model included the teacher as the classroom authority, teaching lessons from a textbook that had been thoroughly vetted and reviewed by hundreds of citizens during a textbook review and adoption process.

This is no longer the case.

The Project Based Learning model, a key element of CSCOPE and common core methodology, has replaced the traditional instruction model.

THE TEACHER IS NO LONGER THE CLASSROOM AUTHORITY

The Project based Learning model de-emphasizes the presentation of academic facts to the students.  The concept of  “whole class instruction”  no longer exists in the CSCOPE world.

Instead, students reach their own conclusions through the use of Project-Based Learning assignments.  The lesson plan includes little or no provision for the teacher to act as classroom authority, to correct any false student conclusions that may be based upon feelings and emotions rather than academic facts.

For good and valid reasons, the Texas State Board of Education (SBOE) has traditionally conducted extensive textbook reviews.  Books that go through that process are thoroughly reviewed and vetted: By citizens, parents, teachers, and taxpayers, for errors and biased material.  The vetted textbooks then become source materials for student learning.

Conversely, the selection process for CSCOPE research materials appears to be at the discretion of the local school district’s administrators, and subject to the ideology of those individuals.  At any rate, the materials are not reviewed nor vetted by the local community.  This should be a concern for all.

The combination of not presenting academic facts, along with providing un-vetted, un-researched, ideology-biased student research materials, is the perfect recipe for an education establishment committed to indoctrinating Texas’ students with its socialist ideology.

Read Also: A Series on CSCOPE, Part 4: Common Core is Culmination of 100+ Years of Old Ideas

STATE BOARD OF EDUCATION CSCOPE REVIEW COMMITTEE – NO POSITION ON CSCOPE

Unfortunately, the SBOE Ad Hoc CSCOPE Review Committee has elected to take no position regarding the CSCOPE lesson plans.  This position reflects a change from the past … from a mainstream, conservative SBOE institution, to one that provides a platform for leftist encroachment on our students’ curriculum.  It is wrong.

Given the absence of classroom academic authority, un-vetted research materials, added to the selective implementation of the TEKS as previously described, the only rational conclusion is that CSCOPE, like Obamacare, should be banned in Texas.

Bill Ames is an education activist who lives in Dallas. His book, “TEXAS TROUNCES THE LEFT’S WAR ON HISTORY” (WNAenterprises.com) tells the story of his experience in developing Texas’ U. S. history standard in 2009-2010. He recently reviewed CSCOPE lessons as part of the State Board of Education’s Ad Hoc Committee Project, and is available to deliver presentations to interested groups. He welcomes reader comments atbillames@prodigy.net.