This is an open letter to my local school board, who will be voting if they will move forward to become a District of Innovation (DOI)

I will not be able to attend the school board meeting on September 19th. I was previously scheduled to speak in East Texas on the Systematic Transformation of Education. My prayer is that others will show up and urge you to VOTE NO to DOI. Whether they do or not. It is your responsibility to know exactly what you are voting on.

After you watch the Senate Education Committee hearing videos on DOI below and read about the systematic transformation in education; I have a question for all school board members. Will you comply with the unconstitutional federal take over of our children’s classrooms? Will you sit idly by and allow our children to be used as guinea pigs? It really is up to you to say NO to Districts of Innovation (DOI) and the federal intrusion into our local classrooms.

Innovation “is defined simply as a “new idea, device, or method”.[1]

As parents are you okay with our local schools experimenting on our children using unproven learning theories and strategies?

Are you okay with our children being used as guinea pigs and our tax dollars funding this experimentation?

The video below may shed some light. This is from the September 14th Senate Committee hearing. The topic of this panel was Districts of Innovation (DOI). It is not about changing the start time, it is about innovative (experimental) learning theories, data collection and benchmarking for computer adaptive assessments and removing teachers from their key roll in the classroom.

Our great teachers are systematically being removed from the classroom in favor of a computer, through the mirage of Districts of Innovation (DOI).

After sitting through hours of testimony and questions about the Districts of Innovation plans by vendors, special interest groups and Texas Superintendents, I thought I needed to connect some dots.

In 2016, the White House is hosting a second annual summit on Next Generation High Schools, recognizing commitments from states and school districts to redesign their high schools. https://www.whitehouse.gov/photos-and-video/video/2016/09/12/white-house-summit-next-generation-high-schools

In classrooms across Texas and frankly the country, parents show up to register their child for school and there is NO way to say…. NO,  my child will only be taught by a teacher, not a computer when it comes to reading, writing, math, and history.  My child’s data is not to be shared with any third parties without my consent! Parents are informed they cannot refuse technology for their child while in school because it is now required that they are “21st-century learners”.

Here is a perfect example of when a district lives by a computer, not a teacher. 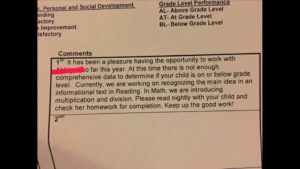 Did anyone else receive a progress report? “Not enough comprehensive data!” What data is he/she referring to? The almighty 5+ page reports spit out by iReady, MAP, and/or STAR. This is what I was afraid of- a teacher not conducting a running record, a one on one reading diagnostic assessment, by the first two weeks of school to determine the reading levels of students in K -5. I am livid as this student is a student who I tutored in the spring and summer, who is at a level N. An incoming 3rd grade should be between M, N, and O. With Guided Reading, NOT iReady, a third grade can read up to or beyond level R. This is the beginning of Computer Based Education, CBE, where a teacher will become OBSOLETE, and many children will be left behind and frustrated. Very sad and disheartening. Please, do not say that I did not WARN you.

As I stated in my testimony below to the Senate Education Committee on August 13th and 14th.  I don’t want “School Choice”, I want a Choice in the Classroom for my child to be taught by a teacher, not a computer collecting data on my child. 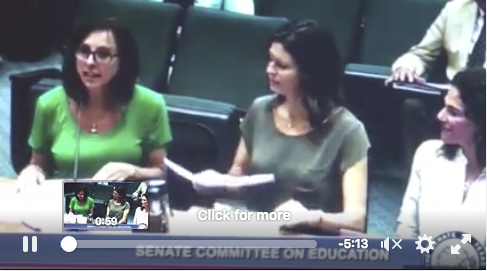 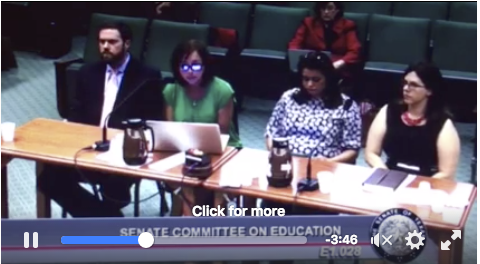 Thankfully, I am not alone. Please see the testimony of other Texas Moms. 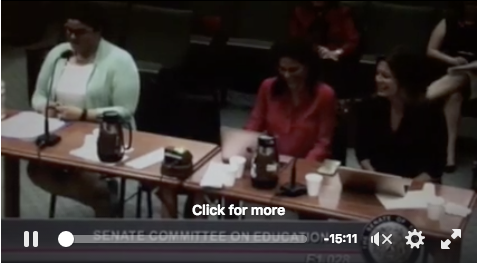 I pray you will do the right thing and protect our children and their teachers in the classroom.