I am really struggling over how my State Rep. Tan Parker can support Joe Straus for Speaker of the house along with Rep. Phil King, Rep. Jodie Laubenberg, the author of HB 2, and Rep. Ron Simmons.

REALITY CHECK! While Tan Parker and Phil King were giving talks at receptions about their experience as Pro-Life leaders in the Texas House. Joe Straus was being honored by Planned Parenthood along with Sen. Jeff Wentworth and Representatives Mike Villarreal and Joaquin Castro for their efforts in support of planned parenthood’s agenda. 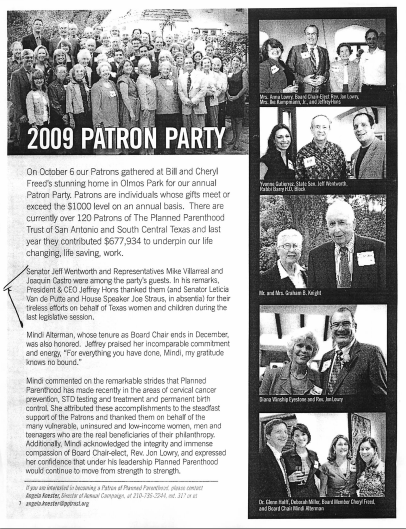 Please watch this video of Tan Parker speaking at a 40 days for life reception in 2009.

Please watch this video of Phil King speaking at a 40 days for life reception in 2009.

Frankly, I am so tired of the lies and propaganda coming out of politicians not only in Washington, but in Austin as well. Why, because it is having real impact on our children and their future. Not only in the womb but in the classrooms across our country as well. Maybe these guys have not realized it, but our state and our country are in real trouble. It is no longer politics as usual. We need real men and women with character and conviction to STAND!

As a Mom, watching our education system here in TEXAS, being infiltrated by “Outcome Based,” “Value Clarification” and “Character Education” defining the core ethical values progressives wish to instill in our children. I am down right angry.

Elected Reps. do you not see the big picture!! YOU ARE BEING BOUGHT OFF and children are dying and being indoctrinated because of it!

Notice in the 2009 Planned Parenthood Patron Party graphic above,  they thank House Speaker Joe Straus for his tireless efforts after the 2009 session.  What happened in the 2009 session, well that’s the session they threw the sonogram bill under the bus.  This delayed the implementation of the sonogram bill until after the 2011 session.  That delay meant that thousands of babies died because their mothers were not allowed to see a sonogram.

You are right, I’m angry at these supposedly pro-life State Representatives and organizations like Texas Alliance for Life who are being dishonest.

As your constituent, “Representative” Tan Parker, I beg you to  reconsider your support of Speaker Joe Straus.

As Speaker Candidate Scott Turner stated, it is not time for a “Containment Mentality.” IT’S TIME to STOP THEM!

It’s Time to Get in the Game! 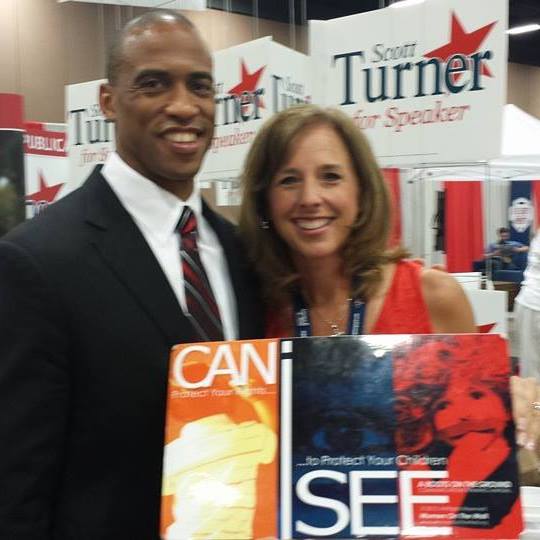