Rumor has it -Klussmann As Texas Ed. Comm- NOT GOOD!

Donna Garner has put out an article this morning,

I Hope This Is a Rumor: Klussmann As Texas Ed. Comm.

I stand with her. If this rumor is true we must alert Gov. Abbott this will not fly with parents, grandparents and Tax Payers in Texas.  To me a key concern about Dr. Duncan F. Klussmann, Ed.D. is his close ties with the Straus and Ratliff clan. 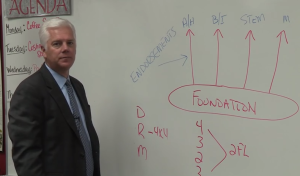 “I do not know Duncan Klussmann, the ex-superintendent of Spring Branch Independent School District; but I know a few things about him. I know that Susan Kellner (Larry Kellner’s wife) used to be on the Spring Branch ISD School Board and that she and Klussmann have worked closely together.  (Larry Kellner used to be the president of Continental Airlines.)

Last I heard, Susan Kellner was still on the board of Raise Your Hand.  Her association with Raise Your Hand puts her in very bad company.  Raise Your Hand is run by the Ratliff Clan (Bill and Thomas), Mike Moses, and Charles Butt (of HEB Grocery Stores).  Klussmann became a volunteer chair for Raise Your Hand Texas in 3.26.08 (http://www.chron.com/neighborhood/memorial-news/article/Spring-Branch-ISD-superintendent-named-volunteer-1764845.php ).

For people who are new to Texas or for people who have forgotten the details, let me recap the serious problems Mike Moses had while he was the Dallas ISD superintendent (2000 – 2004).

All of the following were uncovered by The Dallas Morning News during Mike Moses’ years as the leader of the district:

Meanwhile, Mike Moses received the highest superintendent’s salary in the nation ($340,000 per year, excluding benefits) even though eleven school districts in the country were larger than Dallas ISD.

When the DISD problems began to surface in 2004, Moses resigned and walked away with an additional $480,850.  Along with his ongoing and lucrative superintendent search business, he now receives a yearly TRS pension of $224,400 per year.  Note that Moses’ wealth comes from taxpayers’ dollars.

Bohuchot, Coleman, and Frankie Wong were all indicted for plotting and carrying out a multi-million-dollar scam to misuse federal dollars; Buhuchot and Wong were sentenced to federal prison.

How could Bohuchot, Coleman, and Wong have carried out such an elaborate plan, including the many contract negotiations, without Mike Moses either participating in the scam or having knowledge about it?

Rep. Jimmie Don Aycock is the chair of the House Education Committee, and his daughter Michelle Smith is a lobbyist for HillCoPartners which is tied to Raise Your Hand.  “Raise Your Hand has its own political firepower. It reports spending an estimated minimum of $350,000 on a lobbying team that includes former Lt. Gov. Bill Ratliff and [Rep. Jimmie Don] Aycock’s daughter, who works at the Austin firm HillCo Partners.”  (Watchdogwire.com – 5.22.13 – http://watchdogwire.com/texas/2013/05/22/legislators-lobbyist-relatives-create-questions-over-families-and-ties-that-bind/)

Mason Moses is the son of Mike Moses and is an employee who is financially tied to CSCOPE/TESCCC/ESC’s.

So what supposedly would make Klussmann, the Spring Branch ISD superintendent from 2004 – 2014, a good choice as Texas Commissioner of Education?  Spring Branch’s student data is mediocre. The district joined the school finance lawsuit which is built upon a shoddy foundation since there is no independent research anywhere that proves that money = academic achievement.

It seems rather hypocritical to me that at the same time Klussmann was joining with other superintendents to sue Texas to give schools vastly more funding, Klussmann himself was making the second highest superintendent’s salary in Texas — $309,400  (“How Much Does Your Superintendent Make?” – 5.2.12 – Texas Tribune— http://www.texastribune.org/library/data/texas-superintendent-salaries-2011/.

If the rumor is true about Gov. Abbott appointing Klussmann as Commissioner, I would find it strange for Gov. Abbott to appoint a man who was suing Abbott when he was the Texas Attorney General.

Spring Branch ISD has nothing to set them apart as being a leader on early reading or digital learning which are both priorities of Gov. Abbott’s education platform.  Klussmann also has no record of public support for the idea of grading schools A – F (another of Abbott’s objectives) and nothing particularly outstanding in the area of teacher effectiveness.  Klussmann is “all over the map” on Pre-K initiatives which is another of Abbott’s platform issues. These are the type of issues that are high on the list for Julie Linn, president of Texans for Education Reform; and she is one of Gov. Abbott’s advisors on education issues.

In the last legislative session, Klussmann led the way to pass HB 5 which has gutted Texas’ postsecondary readiness plan, has taken the focus off academic achievement, and has caused schools to focus instead on an abundance of electives.

Klussmann is a spokesperson for the “educrats” who support low academic standards, no accountability, and a big increase in more taxpayers’ dollars going to the schools.  Why would Abbott even think about appointing a Commissioner whose devotion to the “good old boy” system (money, bureaucracy, the lodge, fluffy standards, rhetoric instead of results) should be a disqualifier.

The relationship among Klussmann, the Kellners, Mike Moses, Bill Ratliff, Thomas Ratliff, and Charles Butt would make Klussmann, if chosen by Gov. Greg Abbott, one of the worst Commissioners of Education appointed by a conservative Republican Governor in America.

Picture this:  If Klussmann became the Commissioner of Education, it would be the same thing as having Mike Moses, the Ratliffs, and Charlie Butt in charge of our Texas public schools!

Here is another message for Gov. Abbott ~ WE ARE WATCHING!

Texas is part of  the Federal WIOA (Workforce Innovation and Opportunity Act (WIOA) – H.R. 803 and has its state plan due this summer.

Abbott needs to know as do the major cities that Texans will be reading those plans and cross-referencing with changes in the schools.

As noted Robin Eubanks, author of Credentialed to Destroy: How and Why Education became a Weapon, “one of the things WIOA requires is that all students be trained in ‘systems thinking.’ At a DC conference this week the federal Transportation Secretary Foxx proclaimed transportation plans as the ultimate “system of systems” that merited a 30-year lay-out of plans. Into all this planning about us, our future, and using our money, I believe it’s no accident that video games and digital learning are being pushed into classrooms.” http://www.kqed.org/assets/pdf/news/MindShift-GuidetoDigitalGamesandLearning.pdf”

Question for Parents, Grandparents and Tax Payers- Are you  okay with the Federal Government programing your child for the workforce. In the past it is a proven fact-  America  achieved greatness not by programing our citizens but by giving our children a strong academic education of opportunity ~ Reading, Writing, Math and History and the freedom to take those skills and do great things. What the HB5 Dirigiste/Workforce development model does, is give our children an education of equity based on the needs of the workforce. They become workers for the government, who has picked the businesses who are winners and losers. It is also a proven fact this economic model and model of education is a disaster for a country, much less a state.

Bogus Excuses to Always Hype What Extinguishes or Controls the Analytical, Rational Mind

Paul Ehrlich’s co-author of that 1989 New World New Mind book discussed in the linked post above, Robert Ornstein, wrote a 1974 book The Psychology of Consciousness pushing a desire to move away from the rational, analytical mind fostered by phonetic reading and traditional math, science, or grammar to a holistic right brain orientation that would perceive the world in interdependent, relational ways. Very helpfully he tied the ability and need for such a shift to the world now being in a position to meet everyone’s ‘biological needs.’ Time then for a more collaborative, communitarian focus to global problem-solving. Needless to say, K-12 education would need to shift and Ornstein saw great possibilities once “computer-assisted instruction” was able to “take the ‘state’ of the learner into account.”

What would such instruction, maybe called ‘personalized learning,’ look like? How about the Mindshift confession that “When it comes to assessment, many games have robust back ends that provide assessment data about the students who play them. That data can be extremely useful, providing information about your students that is applicable well beyond the game itself.” Information the students themselves may very well not be aware of. Data that adaptive learning ICT platforms need if they are to have the desired effects of changing the child’s perceptions, values, beliefs, and attitudes as the new focus of student-centered K-12 education.”

Question:
Why is the Federal Government allowed to collect our children’s data?
If they were not, they would not be able to provide the tab My Data, correct? Click link to understand- http://www.whitehouse.gov/sites/default/files/microsites/ostp/ed_data_commitments_1-19-12.pdf

Are parents really okay with that?
The truth is, they do not even know their children and teacher’s personal data is being taken, without consent.
All in the name of “Education Research”

We also know that School Choice is smoke and mirrors. Choice has become no Choice because of legislation that was passed leading up to this point. From SB6 in 2011, which Thomas Ratliff testified for as a sitting illegal SBOE member and paid lobbyist for Microsoft, to HB2103 that sets of 3 education research centers in Texas the now legally have access to our children and their teacher’s personal data without parental consent- To HB5 that sets up the same college and career ready standards as the Common Core trumping our own Texas TEKS. We get the game now and the strategies of implementation.

Makes this video from 1994 applicable today and not so crazy!

LET OUR KIDS BE KIDS AND BE FREE TO ACHIEVE GREAT THINGS!! Start by letting them play! 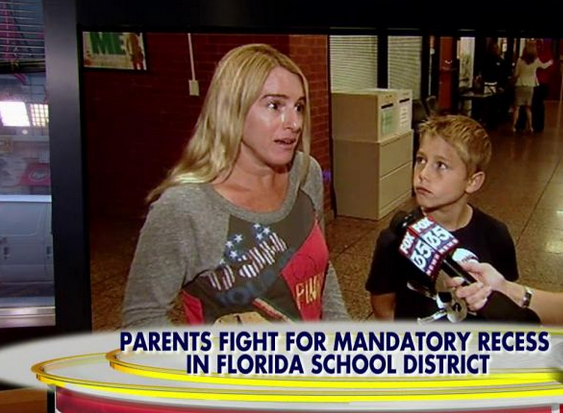 Know the enemy~ The 1976 Turchenko Letter– A blueprint for the Global take over of the economy of the west through technology and education.

“The Turchenko Letter led to an official 1976 Soviet book called The Scientific and Technological Revolution and the Education Revolution
“Turchenko explained, submission will be largely invisible since it is unconscious human responses being cultivated.”
“Remember, the Soviets had lots of sympathizers in the West. These Professors were in a position to urge practices that in fact amounted to UNILATERAL MENTAL DISARMAMENT”