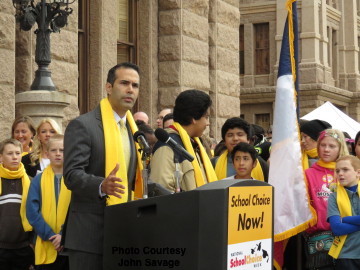 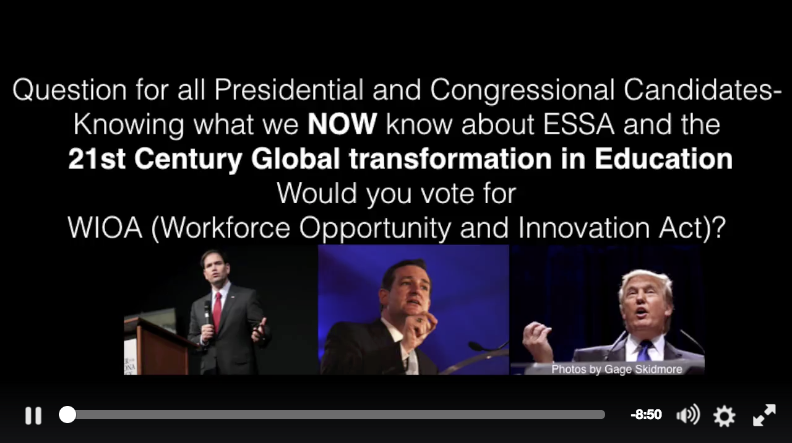 By Alice Linahan
Senators Ted Cruz and Marco Rubio were once again NO SHOWS at the Capital in Washington for the vote by the U.S. Senate to approve the nomination of President Obama’s appointed Secretary of Education, Dr. John King.  They lost an opportunity to stand up with parents across this country trying to protect our children from the radical transformation in education by reformers. If Cruz or Rubio were real leaders they would have highlighted this vote on the campaign trail, it could have made a difference! Instead they were completely SILENT!!! WHY? 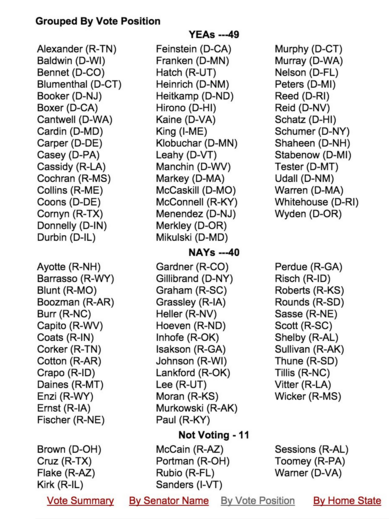 In a Conservative Review article out today the question is asked……

“Voters didn’t vote for Common Core in November, then why is a GOP Senate confirming one of its fiercest defenders?”

I have a hunch. Follow the money to Ted Cruz’s new best friend, Jeb Bush. Remember this posted by Presidential Candidate Ted Cruz when Jeb got out of the presidential race. 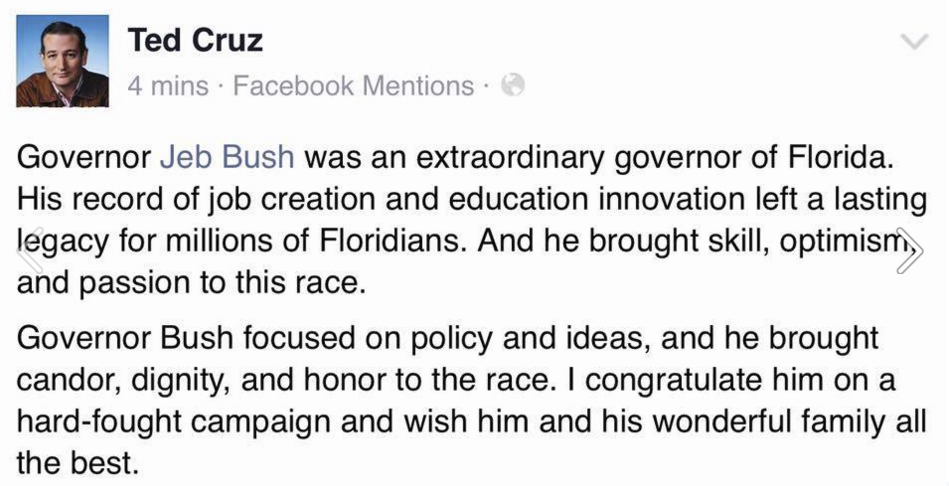 “I don’t know who is writing Ted Cruz’s posts, but, this one may just lose the election for Ted Cruz. To write a comment stating Jeb Bush has been an extraordinary Governor and then reference education innovation; ARE YOU KIDDING ME? Jeb Bush has destroyed education in Florida and was instrumental is getting Common Core into 46 states across the U.S. through his “Foundation for Excellence in Education”. Jeb Bush is destroying state after state through the “School Choice” movement. Just listen to this short audio clip and you will understand what I mean. It is becoming more and more apparent Ted Cruz is either clueless on what is happening in education or he is complicit. Either way, it does not put him in a good position to be able to actually do anything to#StopCommonCore, Outcome Based, School to Work that is flooding into our schools. All schools- public, private, public charter and even homeschool. Choice is NO Choice because all are complying with the federal College and Career Ready Standards as defined by the Every Student Succeeds Act (ESSA).”

I find it ironic that today a day after Dr. John King was confirmed by the U.S. Senate, the organization Foundation for Excellence in Education, originally founded by Jeb Bush came out with this statement on the confirmation of Obama’s nomination of Dr. John King as the new Secretary of Education.

Tallahassee, Fla – Today, Patricia Levesque, CEO of the Foundation for Excellence in Education (ExcelinEd) released the following statement congratulating Secretary John King on being confirmed as the U.S. Secretary of Education.

“Throughout his career – from teaching to leading the New York State Education Department – Secretary John King has shown a tireless commitment to improving student learning through rigorous accountability and high quality educational options. Our nation’s students are fortunate to have him at the helm of the U.S. Department of Education at this crucial time. ExcelinEd looks forward to working with Secretary King and our many state partners to ensure implementation of the Every Student Succeeds Act (ESSA) maintains a commitment to accountability for the success of all students while also creating opportunities for state innovation.

Take a moment to watch this video as Secretary King explains why Education Reform is important to him: (produced by in 2015) long before he was nominated by Obama. Apparently Dr. John King has been a darling of the Foundation of Excellence in Education for awhile. Dr. King ran the largest charter school in Boston.

Although, this is not surprising when you actually see the agenda of the Foundation for Excellence in Education and the funders behind it.

There agenda is clear: 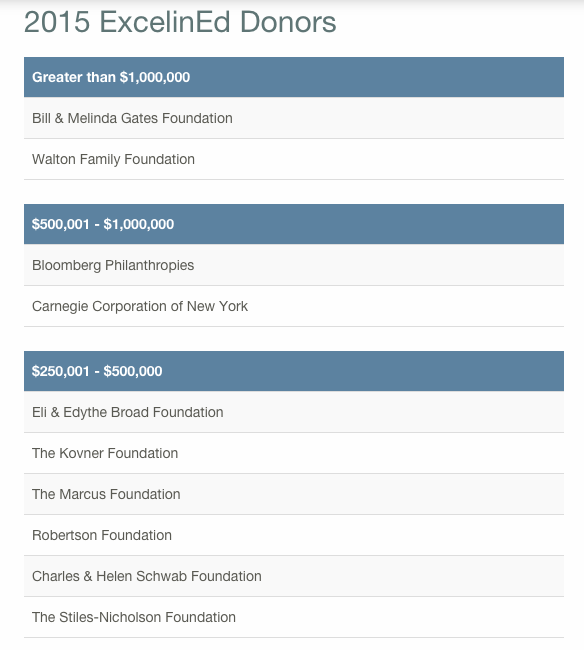 So, if you break it down. There is absolutely no way Ted Cruz or Marco Rubio for that matter could have voted NO on the nomination of Dr. John King. Republicans are completely bought off by the radical “Education Reformers” who are working on both sides of the political aisle, to, as President Obama described….”A  Fundamental Transformation of America.”

You see, there is NO difference between Democrats and Republicans when it comes to the Government controlling the next generation of Americans. Our children’s private data is their new commodity and are seen merely as “human capital”.

The State Longitudinal Data Systems -SLDS were set up in ALL states back in the time of No Child Left Behind (NCLB) that came in under George W. Bush. Then–via Obama’s Stimulus Funds  all 50 SLDS systems were upgraded in 2009. Ted Cruz wrote a letter supporting and justifying the state of Texas taking federal  stimulus funds for education which opened the door for greater access to our children’s private data being collected by the state and federal government. As Gretchen Lowe has pointed out….

“The expansion of the Longitudinal Data System was a mandate necessary for states to adopt for one time state stabilization funds in 2009.  It’s connected with the common set of standards and determining evaluation measures for ‘effective teachers’.  It’s an agreement with the Federal Government that proves the Common Core State Standards is so much more than ‘just standards’.”

From Diane Ravitch who worked under George W. Bush with the Department of Education — Your Child’s Personal Records Are Part of a Massive Government Database

“The government is collecting copious amounts of data about every child. In the past, this data collection would have been illegal, but the Department of Education weakened the federal privacy law in 2012 to allow the collection of personally identifiable data. Every state has received funding for a longitudinal data base. The Gates Foundation has given out millions to encourage data collection.

Big Data is here. The question is why. For what purposes? Shouldn’t parents be asked for their approval? How could this happen without Congressional hearings and oversight?

It it is not too late. Congress should call hearings to inquire about systematic invasions of privacy, about covert loosening of FERPA regulations, and to find out why the law was weakened without seeking Congressional approval.”

Why aren’t Conservative Republican Candidates screaming from the roof tops to stop the collection of our children’s personal data by the state and federal government? Is it perhaps they would like to have access to that data as well for research and intervention?