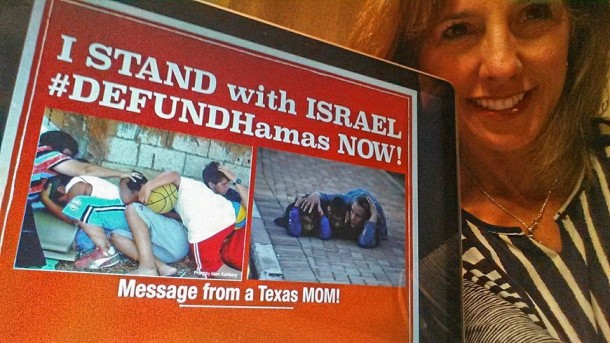 Texans Be prepared and do not be surprised- Imminent Terrorist Attack WARNING!

Think about the Tornado warning system we have in place.

A Warning VS Watch

Knowing the difference between the two can prepare you for the necessary steps to take when considering the threat. CORRECT?

A Tornado WATCH ~”A watch is issued when conditions are favorable, for example, either for a severe thunderstorm or tornadoes,” AccuWeather.com Senior Meteorologist Dan Kottlowski said. “It doesn’t mean severe weather is imminent.”

A Tornado WARNING~ “Warnings mean that severe weather is imminent and is based on specific criteria and existing reports received by the NWS.”

That being said, what is your action plan for your family in the event of a Terrorist Attack. Please watch the video linked below.

Out this weekend. – Imminent Terrorist Attack Warning By Feds on US Border

“For those of us who’ve been raising alarms about both the jihadist threat and the national-security vulnerability created by the Obama administration’s non-enforcement of the immigration laws, this is not a surprise — particularly less than two weeks before September 11. But it is nonetheless jarring to read. Judicial Watch has just put out this statement:”

Islamic terrorist groups are operating in the Mexican border city of Ciudad Juarez and planning to attack the United States with car bombs or other vehicle born improvised explosive devices (VBIED). High-level federal law enforcement, intelligence and other sources have confirmed to Judicial Watch that a warning bulletin for an imminent terrorist attack on the border has been issued.  Agents across a number of Homeland Security, Justice and Defense agencies have all been placed on alert and instructed to aggressively work all possible leads and sources concerning this imminent terrorist threat.

Specifically, Judicial Watch sources reveal that the militant group Islamic State of Iraq and Greater Syria (ISIS) is confirmed to now be operating in Juarez, a famously crime-infested narcotics hotbed situated across from El Paso, Texas. Violent crimes are so rampant in Juarez that the U.S. State Department has issued a number of travel warnings for anyone planning to go there. The last one was issued just a few days ago.

Intelligence officials have picked up radio talk and chatter indicating that the terrorist groups are going to “carry out an attack on the border,” according to one JW source.  “It’s coming very soon,” according to this high-level source, who clearly identified the groups planning the plots as “ISIS and Al Qaeda.” An attack is so imminent that the commanding general at Ft. Bliss, the U.S. Army post in El Paso, is being briefed, another source confirms. The Department of Homeland Security (DHS) did not respond to multiple inquiries from Judicial Watch, both telephonic and in writing, about this information.

The disturbing inside intelligence comes on the heels of news reports revealing that U.S. intelligence has picked up increased chatter among Islamist terror networks approaching the 13th anniversary of the 9/11 attacks. While these terrorists reportedly plan their attack just outside the U.S., President Obama admits that “we don’t have a strategy yet” to combat ISIS. “I don’t want to put the cart before the horse,” the commander-in-chief said this week during a White House press briefing. “I think what I’ve seen in some of the news reports suggest that folks are getting a little further ahead of what we’re at than what we currently are.”

The administration has also covered up, or at the very least downplayed, a serious epidemic of crime along the Mexican border even as heavily armed drug cartels have taken over portions of the region. Judicial Watch has reported that the U.S. Border Patrol actually ordered officers to avoid the most crime-infested stretches because they’re “too dangerous” and patrolling them could result in an “international incident” of cross border shooting. In the meantime, who could forget the famous words of Obama’s first Homeland Security Secretary, Janet Napolitano; the southern border is “as secure as it has ever been.”

These new revelations are bound to impact the current debate about the border crisis and immigration policy.”

And as my friend Tina Sanders stated, “Be aware…they have already infiltrated your neighborhoods and no one has notice…because you keep thinking they are Mexicans.”

My friend and Colleague Lisa Pandone Benson has been warning of the border reality and the tactics of a “Stealth Jihad.” Listen and learn from the experts.

Women across America~Join Women On the Wall as we take the pledge below.