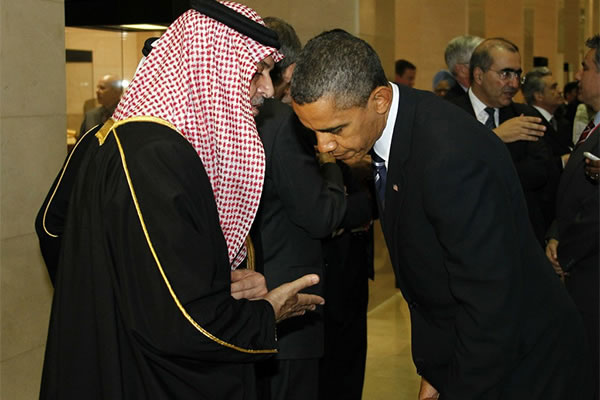 We Must Save Ourselves – Power of the People

WASHINGTON DC – News has been breaking all across the country and down in the grassroots level about Obama working with the Saudi’s.

“An expert on terrorism says the Saudi national who was the original “person of interest” in connection with Monday’s Boston Marathon bombing is going to be deported from the U.S. next week.

“I just learned from my own sources that he is now going to be deported on national security grounds next Tuesday, which is very unusual,” Steve Emerson of the Investigative Project on Terrorism told Sean Hannity of Fox News Wednesday night.

After that meeting was mentioned, Emerson told Hannity, “That’s very interesting because this is the way things are done with Saudi Arabia. You don’t arrest their citizens. You deport them, because they don’t want them to be embarrassed and that’s the way we appease them.”

It is being reported by The Blaze  UPDATE 10:50am ET: Joel Cheatwood, President & Chief Creative Officer for TheBlaze, told Glenn on the radio show: “Just got a note from one of our investigative reporters that she has been told that there is now discussion that they may not allow this man to be deported.”