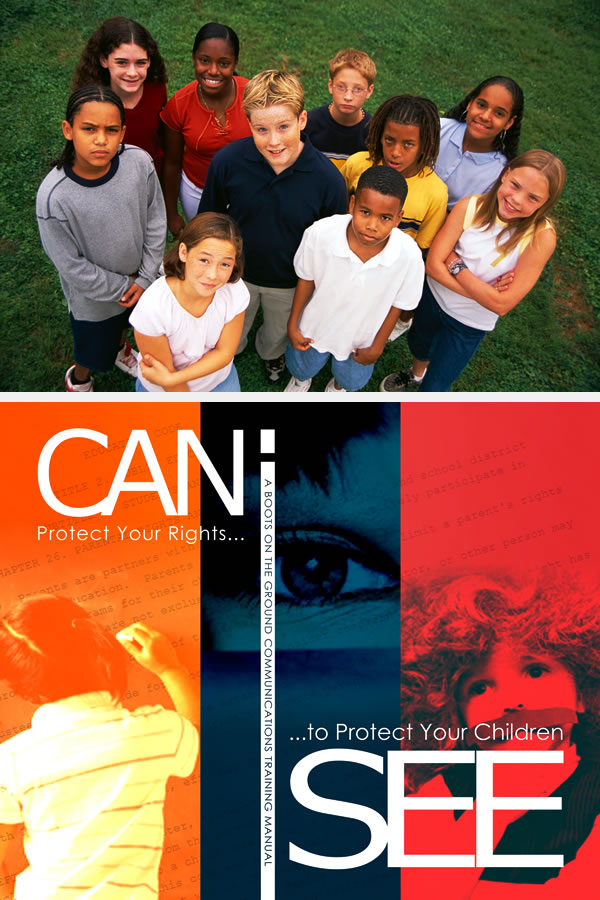 Now is your opportunity to be the voice of your Children and their MATH Teachers in Texas.

Join the Movement of Moms and Dads across Texas as we take a STAND against the Common Core Math flooding into Texas Schools. Hat Tip to Alison a Texas Mom speaking out against what is happening to her children and their teachers in the classroom. From her post “TIME TO TAKE A STAND”

The information below will be presented on Thursday, November 20th, during the SBOE (State Board of Education) Committee on Instruction public testimony.

Any parent or educator who had concerns about these new Math TEKS could stand up for their children by attending the committee meeting in Austin on November 20th.

You may support by simply attending to help demonstrate the number of people who have concerns or you may request to make a public comment. Click on this link to register for a public testimony. http://www.tea.state.tx.us/index2.aspx?id=25769818745 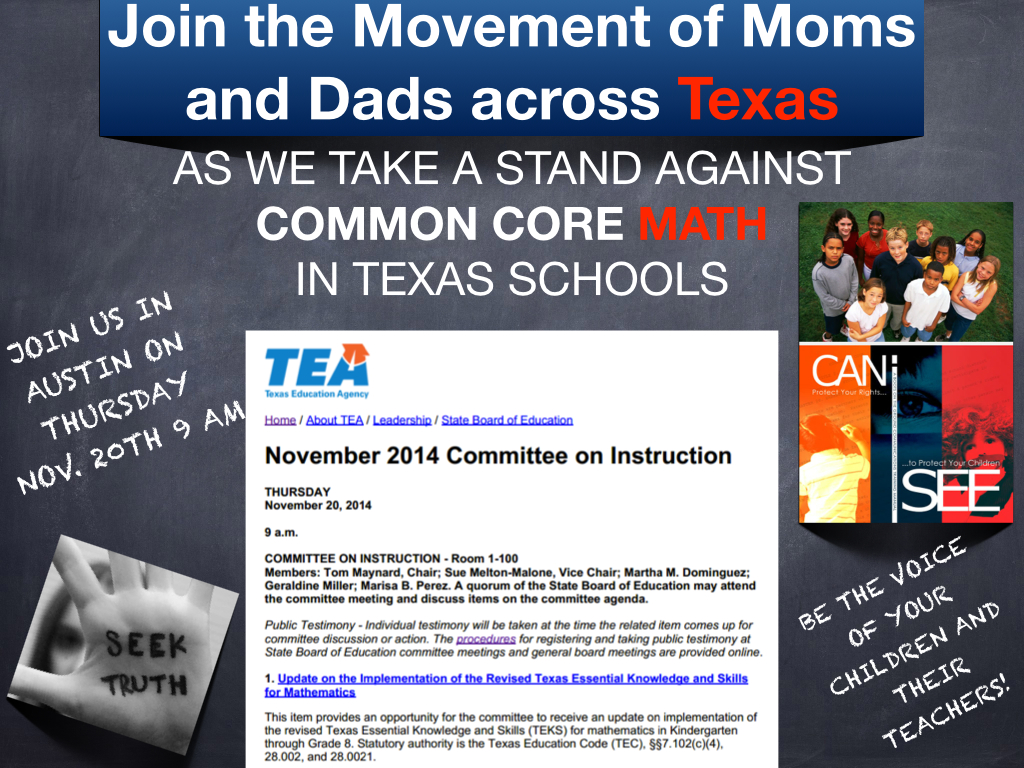 Robert Kaplinsky of Glenrock Consulting also noticed the correlation between math TEKS and Common Core.  He works primarily as a specialist helping teachers implement the Common Core State Standards.  After being invited to present in Texas, he set out to create an “objective comparison between the two sets of standards.”  In this article http://robertkaplinsky.com/comparing-the-texas-essential-knowledge-and-skills-to-the-common-core-state-standards/  Mr. Kaplinsky reports his findings.  He says, “I was surprised to see such a strong correlation between the two sets of standards.  The CCSS and TEKS have much in common as to how students should demonstrate their mathematical understanding. “

Whether you are a supporter of Common Core or not, these findings are problematic based on House Bill 462, which explicitly “prohibits the State Board of Education (SBOE) from adopting Common Core State Standards.” (Read HB 462 at http://www.legis.state.tx.us/tlodocs/83R/billtext/pdf/HB00462F.pdf#navpanes=0 )

Now is the time to remove Common Core from Texas schools!! WHY!

Here is another great article to understand the reality of Common Core Math in the classroom. Common Core and the Suspension of Child Development  ~