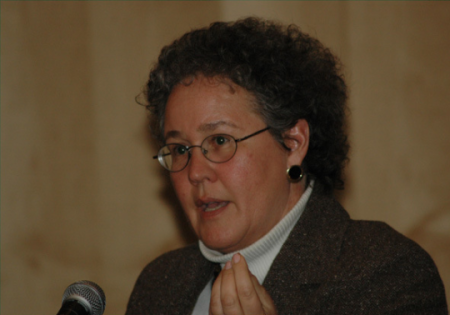 Our children are in harm’s way if Joe Biden is elected President. These are the people he is interested in putting in place.

This week it was reported in the LA Times that leading Joe Biden’s Education transition team is Linda Darling Hammond. Interestingly, we had warned about Hammond back when she was a key Obama education advisor.

“Linda Darling-Hammond, a leading figure in California education policy, is heading the education transition team for President-elect Joe Biden (fake news alert, Biden is NOT the President-elect), where she is expected to emphasize support for teachers and traditional public schools.”

Fortunately, Linda Darling-Hammond removed herself from possible consideration as Secretary of Education.
Says she is committed to working with Gov. Newsom to achieve education goals. YIKES, California!! Linda Darling Hammond was a key player in the push for Common Core-aligned College and Career Readiness Standards and the professional development of teachers to implement this disastrous Education Reform. Which ushered in the complete shift in our education system away from teaching students to read, write, do math well and know history, to training students to develop predetermined values, beliefs, and behaviors.

So that you clearly understand the education language being pushed by Linda-Darling Hammond and Gene Wilhoit’s who have a vision for a new system laid out in their paper, Accountability for College and Career Readiness: Developing a New Paradigm.

Formative computer-based Assessments are Monitoring Student Response.
vs Summative Assessments which determine what a child has actually learned.

It is important to note, this Ed Reform is a major global shift as Linda Darling-Hammond, who served as education advisor to President Obama’s 2008 presidential campaign, and is currently developing assessments for our new global curriculum, the Common Core State Standards has stated, “there all kinds of reforms being propounded by governments around the world, not only the United States.”

So, who is Linda Darling Hammond, why is she such a key player?

As Danette Clark in her article Name Names explained.

Through an organization, she co-founded called the School Redesign Network, and through the National Equity Project/BayCES, Darling-Hammond has worked closely over the years with socialist, Deborah Meier, communist, Bill Ayers, and several ultra-liberal organizations, including the crooked and recently de-funded ACORN, to open new progressive schools and transform existing public schools into progressive indoctrination centers. This reform effort was once widely known as the ‘small schools initiative’ or ‘small schools movement’.

The most liberal school systems in our country today known for political and social indoctrination are districts that dove headfirst into CES/small school reform years ago and remain there today. Namely, Chicago Public Schools, New York City Public Schools, Oakland Unified School District, and Seattle Public Schools (among others).

Darling-Hammond has long been an advocate for repaying what she refers to as “an education debt” owed to African-Americans, a view fostered by many radical educators, including Obama’s friend, the late Derrick Bell, who was also an advocate for reparations for slavery.

The National Equity Project provides ‘equity coaching’ to educators in numerous school districts nationwide. This is the same equity coaching that brought us the ‘peanut butter and jelly sandwich is racist’ mentality that made news last year.

Darling-Hammond, who also had a hand in the creation of the controversial CSCOPE curriculum in Texas, recently endorsed the American Humanist Association’s Ten Guiding Principles for Teaching Values in America’s Public Schools. These principles include global awareness, a commitment to the United Nations Declaration of Human Rights, social justice, and service to an ‘interdependent world’.

As we see our children’s education “fundamentally transform” right before our eyes from an “Education of Opportunity” to an “Education of Equality,” are we really okay with the federal government mandating equity at the local level? Which clearly Joe Biden will fully implement?