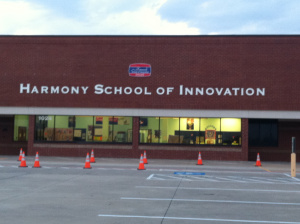 Another Charter School Challenge – Texas Should Divest Itself from Turkish Schools

Back in 2011 while covering the Gulen movement in America; one of the most disheartening reports was the connections of former executive director of the Republican Party and trusted advisor to President George W. Bush, Karen Hughes and her close ties to the Gulen/Cosmos Foundation’s Harmony Schools here in Texas. As you can hear in this video Ms. Hughes is very interested in promoting Harmony Science Charter Schools and accessing Texas  tax dollars to create competition for public schools by funding the Gulen/Harmony charter schools.

TDM Contracting was only a month old when it won its first job, an $8.2 million contract to build the Harmony School of Innovation, a publicly financed charter school that opened last fall in San Antonio.

It was one of six big charter school contracts TDM and another upstart company have shared since January 2009, a total of $50 million in construction business. Other companies scrambling for work in a poor economy wondered: How had they qualified for such big jobs so fast?

The secret lay in the meteoric rise and financial clout of the Cosmos Foundation, a charter school operator founded a decade ago by a group of professors and businessmen from Turkey.

Fast forward to 2014 and now clearly it is time as Donna Garner rightly calls for …. Texas to Divest Itself of Turkish Charter Schools

“If we Texans care about the spread of the Islamic State and Sharia law in America, we need to divest Texas of any involvement with the Gulen Turkish Harmony Charter Schools. If they want to become private schools to spread their Islamic-friendly indoctrination, then that would be one thing; but when they want to use our taxpayers’ dollars to do it through charter schools, then that is quite another issue.

For all of the following reasons, we in Texas should have grave concerns about the Harmony Charter Schools tied to Fethullah Gulen and Turkey:

Point #1: Turkey siding with the ISIS fighters against the Kurds — 9.29.14 – “Turkey giving arms to ISIS fighters to hurt Kurds” – ABCNews —

Point #2: The newly found rant by Fethullah Gulen posted by Pam Geller on 12.24.14 is particularly significant…”make like a bomb and explode against the USA”… “that we must reverse the games onto the USA in 5-10 years” —

(Washington, DC): Recent reports indicate that a Turkish court has issued an arrest warrant for Turkish Islamist leader Fethullah Gulen in connection with his alleged involvement in leading a criminal organization, among other charges. In light of these developments, the Center for Security Policy is calling for Gulen’s extradition to Turkey from the United States, (or, in the absence of a formal extradition request, his deportation to Turkey) so that the supremacist indoctrination schools he founded across the United States can be converted to secular academic institutions.

As the Center for Security Policy has underscored previously, Turkish Islamist Fethullah Gulen is the founder of a movement whose followers have started over 140 taxpayer-underwritten charter schools in the United States, often on the pretext of providing an enriched curriculum focused on science, technology, engineering and math (STEM) disciplines. However, aside from the chronic mismanagement and lack of transparency that has come to characterize Gulen schools across the country – in some cases leading to loss of charters – the Gulen movement’s real agenda has been to use these schools under the guise of promoting Turkish nationalism to indoctrinate students on Islam and encourage the spread of the doctrine of shariah.

As Mary Addi, a former teacher at a Gulen school in Cleveland, wrote to the School Board of Loudon County, Virginia in 2013 with respect to its then-ongoing consideration of an application for such a school in its jurisdiction:

According to my husband [who was a Turkish national and also a former teacher in a Gulen school], in addition to garnering as much taxpayer money as possible, the Gulen movement’s other agenda is to spread Islam though subliminal indoctrinations. More specifically, the mission is to spread Islam by means of the Turkish events such as trips to Turkey, the Turkish Olympics, other cultural events and teaching Turkish as a second language.

Although the Gulenists are careful not to speak directly about their religious beliefs, it is their hope that by indoctrinating American students and parents with their culture and hospitality, that the students will likewise be more susceptible to religious conversion.

This agenda is all the more alarming given Gulen’s own role in Turkish politics, despite his self-imposed exile in the United States, as a key actor in the transformation of Turkey into an Islamist, anti-American nation since the rise of President Erdogan and his Justice and Development Party (AKP).

Erdogan and Gulen richly deserve each other. The two have combined forces to mutate Turkey from a vital part of the NATO alliance into an Islamist nation reflexively aligned with the West’s enemies – be they Iran, the Muslim Brotherhood, Hamas, the Islamic State, or other shariah supremacists. Now that Erdogan and Gulen are at each other’s throats, it serves American interests to have Gulen extradited to Turkey where they can fight it out there, while the United States begins the process of cleansing our educational system of the supremacist agenda he has sought to impose through his American taxpayer-funded schools.”

A presentation by Mr. Gaffney and a former Loudoun County public school teacher, Rachel Sargent, which laid out the various grounds for opposing the Gulen Movement’s penetration of American academia, can be seen HERE.

The Center also jointly sponsored an informal press event remarks with Parents for Educational Accountability immediately after a hearing that led to the School Board’s rejection of that Gulen charter school’s application.”

Point #5: The advancement of Sharia law and the Islamic state by using our public schools —

“Then there are garden variety Muslims bent on advancing Sharia law in our schools who also wield enormous power. Take, for instance, Fethullah Gulen. Gulen is a Muslim committed to the advancement of the Islamic state. He has called for the destruction of the United States and all infidels. And he has set up a network of publically-funded charter schools.” 12.28.14 — “Allah in Our Schools:  Common Core Lesson Plans” — by Carol Brown – American Thinker —