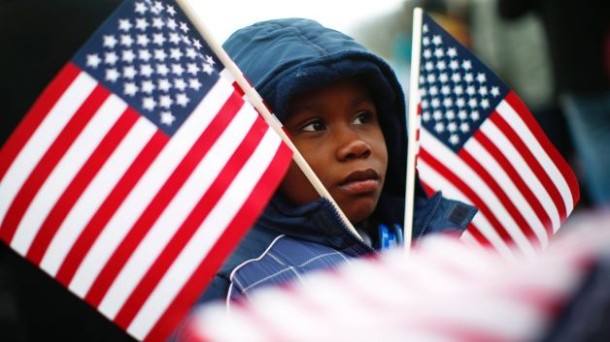 Are we at a “Turning Point” in American Education? – APUSH a Dumbing Down of our Children

Question- Tell me after watching the video below how thrilled are you about your child or grandchild taking  AP (Advanced Placement) in the 21st Century world of Common Core progressive teaching strategies. This is what your tax dollars are paying for.

Welcome to the dumbing down of American children. Be sure and read an important article below asking the question…..

“Why Won’t the College Board Reveal its AP U.S. History Authors?”

“Why Won’t the College Board Reveal its AP U.S. History Authors?”

By Larry Krieger and Jane Robbins

Who wrote the Declaration of Independence? The Second Continental Congress assigned that responsibility to a committee that included Thomas Jefferson, Benjamin Franklin, John Adams, Roger Sherman, and Robert Livingston. After discussing the general outline the document should follow, the committee decided that Jefferson would be the best person to write the document. So Thomas Jefferson receives the honor of being the author of America’s Declaration of Independence. The Second Continental Congress could have listed Franklin, Adams, Sherman, and Livingston under the heading “Acknowledgments.”

Now here’s a second question. Who actually wrote the College Board’s Advanced Placement U.S. History (APUSH) Framework? Since this Framework will govern how American history is taught to about 500,000 students in over 8,000 high schools every year, we asked the College Board to reveal the names of its authors. This is the biased, poorly written and ineptly organized document that has raised alarms from state and national leaders.  After repeated requests, the College Board finally responded by posting this statement on their AP Central website: “The professors and teachers {are} listed by name and institution on page v of the AP US History Framework.

When you turn to page v of the Framework you will find the names of 19 different college professors and high school teachers who served on two College Board Committees. Significantly, the College Board does not identify these professors and teachers as “authors.” Instead, they are simply listed under the heading “Acknowledgments.”

Attending workshops, exchanging emails, and posting comments on the College Board’s electronic discussion boards is not the same thing as being credited as an author. According to the Journal of American History, the title of author is reserved for people who actually write a document.

So once again, who actually wrote the College Board Framework? We still do not know, but we now know who didn’t write it: the 19 people listed under the title “Acknowledgments”! We know this as a fact because Dr. Fred Anderson, one of those 19 educators, admitted in a letter to the Colorado State Board of Education that, “neither I nor Christine Heyrman (the other early Americanist on the Commission) had any hand in drafting this Part, so I can only guess at why the examples that appear were chosen.” The “Part” Dr. Anderson refers to includes the actual course content on pages 28 – 77.

So if Dr. Anderson does not know who chose to include the Black Panthers and exclude Dr. Martin Luther King Jr, then who did make this choice? In an article published by The Daily Caller, Blake Neff writes, “The Board’s refusal has fueled speculation that the standards may have been authored by very left-wing college professors, or possibly by ordinary grad students working as freelancers rather than by full professors.”

The identity of the Framework’s authors is not a trivial matter that can be left unexamined. It would be irresponsible and contrary to academic integrity for an elected state or local Board of Education to adopt a controversial curriculum written by anonymous authors. The United States’ best and brightest high school students deserve far better instruction in their nation’s history.

Larry Krieger is a retired College Board-praised AP teacher who continues to coach students for AP tests. Jane Robbins is a senior fellow at The American Principles Project.