No because it has never been Piloted and proven successful!

Our kids are not guinea pigs for the latest Education Fad pushed on Teachers through their Professional Development. Race To the Top SCHEME……. 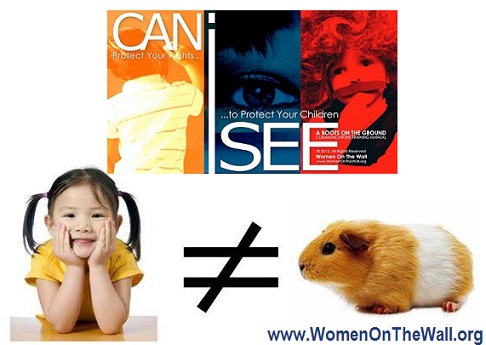 Question- why are Texas School Districts going directly to the Federal Government for Race To The Top grant money?

Let’s pose a question.  If you wanted to “sell” something that a number of people did not need, how would you do it?  You might try setting up a contest where everyone competes for a significant financial prize.  After all, Americans love to compete, especially when money goes to the winner.

Here are the contest details:  The competitors are strapped for cash; the competitors must give up some of their prized possessions in order to qualify; and the game organizers do not announce all of the rules until the game is well underway. How fair does this sound?

This is exactly what Barack Obama and U. S. Secretary of Education Arne Duncan have done with Common Core Standards (CCS) and Race to the Top (RTTT).

Under Obama and Duncan, the federal takeover of our schools is rapidly spreading across our nation.

It is not too late for the “contestants” to quit playing this game.  States that have taken no federal Common Core Standards (CCS) money can drop out of the game.  Even states that have received some of their Race to the Top funds could make a plea to Congress to pass a “hold harmless” clause that would allow these states some relief.

The questions that states must answer are, “Do we really want the federal government taking control of our public schools?  How much will it cost the cash-strapped states to handle the extra expense of  CCS / RTTT?”

The U.S. Department of Education created the Race to the Top program under the Stimulus Bill (American Recovery and Reinvestment Act, or ARRA) in early 2009.  With a federal grant of $4.35 billion, Arne Duncan had a very large “carrot” to lure the states to enter the competition.

Have you ever been in a game where the game organizer made up the rules while the game was being played?  That is what the U.S. Department of Education (USDOE) did in Race to the Top.  The Department issued numerous rules, corrections, and modifications while the competition was underway.

Duncan waited until the state contracts were signed before he made the rest of the plan clear:  States would have to adopt the Common Core Standards (national standards) in order to qualify for Race to the Top funds.  Other “surprises” included national assessments, national curriculum, and an elaborate national tracking system to link student assessment scores to individual teachers.

The games go on and now the contestants are your local public school districts in states that would not join the game in the first round.

How are they Turning Texas Blue through Education?

Race to the Top!

“Did you know that on Nov. 14, 2012, Texas had the largest number of educational entities that had applied for the direct-to-locals Common Core Standards/Race to the Top grants? These include a total of 113 Texas ISD’s, charter schools, and regional education service centers  – separately or through joint applications.”

If you are a parent and/or a taxpayer, you need to contact your school district and/or regional education service centers if they are on the following list.  Please tell them how outraged you are that they are applying for the direct-to-locals RTTT (Race To The Top) grants which would require the teaching of the Common Core philosophy of education to Texas children. This is about the way teachers are teaching not the TEKS which are the Texas standards they are required by law to teach.   Explain that if they should be selected by the USDOE (The US Department of Education) to receive the RTTT grants that you will make it a public crusade to warn the parents that their children are at risk because the Common Core philosophy/RTTT will not get Texas school children prepared for the new STAAR/End-of-Course tests.

In 2012, only two Texas education entities (i.e., public schools, charter schools, education service centers) were awarded funds under the federal government’s first round of the Race to the Top Game in Texas– District grant (RTT-D1).  These were the Harmony and Idea Charter Schools. (8.15.13 – “Dilemma for Turkish Gulen Harmony Charter Schools…” – by Donna Garner —
This year (FY 2013), however, 81 Texas education entities have applied for the RTT-D2 grants.  Finalists will be announced by Dec. 31, 2013.

Below is the LIST OF TEXAS EDUCATION ENTITIES THAT HAVE APPLIED FOR THE 2013 RTT-D2 GRANTS, as published by the U.S. Department of Education on October 4

The inclusion of the Region 1, 5  and 12 Education Service Centers means that all of the ISD’s in that region will be “infected” with the Common Core Standards if that ESC wins the grant.
Call to ACTION! If your school district is on the RTT-D2 list, Please contact the teachers in your districts and get them to fill out the AFT survey- Listen below to find out why!

Districts listed in regular type, under another district’s name appearing in bold, are part of a consortium of districts applying together for one shared grant):

#CanISee Backpacks and Boot on the Ground in Queen City, Texas

Parents in Queen City, Tx and the surrounding communities are saying….

#CanISee what and how you are teaching my children in Texas Schools.

A community Meeting is scheduled and your children or grandchildren need you to be there.

Saturday morning from 10am to 12pm Women On TheWall will be hosting a #CanISee Community Meeting to address CSCOPE/Common Core in our schools and how it is affecting Texas Children.

The Fundamental Transformation in Texas Education –
Fed Led Ed and how it is getting into Texas Schools!
From CSCOPE to Common Core

Join us and invite a Teacher! Their insight and Wisdom are appreciated!

The presentation will be in the Queen City Funeral Home chapel. Rest assured it is not creepy and it will be worth your time to protect the next generation of Texans!