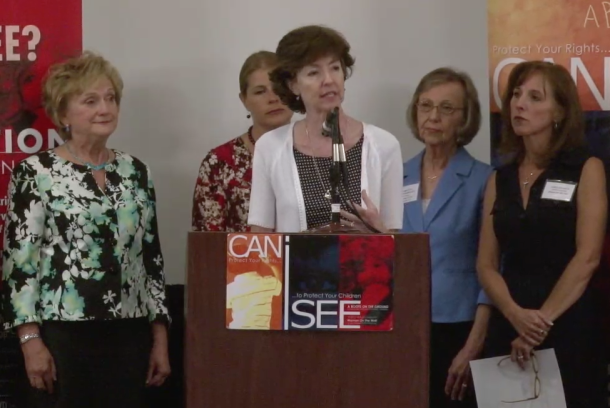 Time is running out in the battle to protect our children from the Common Core/ Race To the Top/Workforce Development Model (Fed Led Ed) that’s gripping our nation.

The College Board produces the SAT, the GED, and all the Advanced Placement (AP) tests.

Some 550,000 of our country’s brightest and best students take AP U. S. History.

The new AP U. S. History Framework (APUSH) consistently emphasizes the negative events of U. S. history while ignoring the positive achievements of the U. S.

The College Board’s own website confirms that the AP exam will focus exclusively on content specified in the Framework. In short, what is not tested will not be taught.

George Washington (reduced to a 1 sentence fragment about Farewell Address)

The heroism and sacrifices of American servicemen and women

Stresses colonial America as having “rigid racial hierarchy” and a “strong belief in British racial and cultural superiority”  — ignores U. S. founding principles that inspired the movement to abolish slavery

Reduces study of Declaration of Independence to one phrase in one sentence — ignores sacrifices signers made who pledged their lives, fortunes, and sacred honor to the cause of freedom

Ignores efforts of U. S. civilians and armed forces to defeat fascism — instead dwells upon internment of  Japanese Americans, dropping of atomic bombs,  race and segregation

Winthrop’s” City on a Hill” sermon

“The redesigned Framework is best described as a curricular coup. The College Board now imposes detailed ‘required knowledge’ that is very different from the curriculum mandated by state curriculum guides.  For example, the College Board commissioned a group of Texas teachers to determine how well the mandated Texas state curriculum (TEKS) correlates with the  new APUSH Framework. They found a shocking lack of correlation.  In Units 6 – 9 alone of the APUSH framework, the teachers found 181 TEKS elements omitted from the APUSH. And the Texas situation is repeated in many other states that will see their mandated history curriculum displaced by the radical new APUSH Framework.”

RESOURCES USED IN THIS ARTICLE: