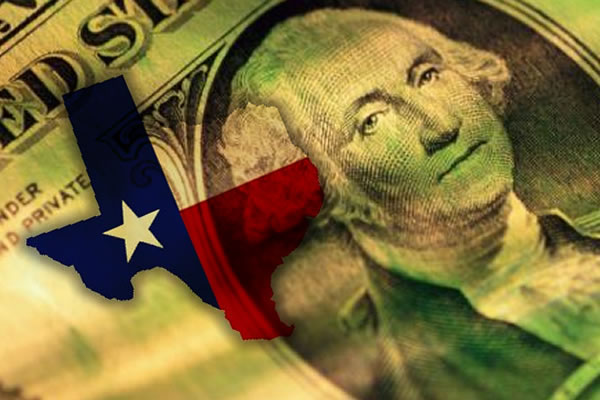 Do we have Common Core in Texas Education? YES we do!

Many teachers are frustrated because not only are they not paid what they are worth they are now being lead down the professional development pathway of “Class in a Box” as stated by Terrance Moore; “whomever controls the test controls the Curriculum.”

If you want to know what Common Core is check out our good friend Merrill Hope’s latest article in Breitbart…..

COMMON CORE 101: WHAT IS IT AND HOW DOES IT AFFECT OUR CHILDREN?

“In school work that comes home, we see how foundational math, taught in a spiral fashion to build on concepts from grade to grade, is gone. This is replaced by math lattices, ladders, and linguistics-based long-winded division and distributive property word problems loaded up with social issues, like the “heroin habit” high school math homework that made the rounds. This is only the tip of the iceberg and one reason that critics like Michelle Malkin call it “Rotten to the Core.”

In teacher’s lounges across Texas the narrative seems to be… “Republicans like Lt. Gov. David Dewhurst won’t fund public school education”  perpetuated by the Wendy Davis and  Leticia Van de Putte’s of the world.
But is this the truth?

FACT: Texas Has Increased Education Spending Under Lt. Gov David Dewhurst Even When Inflation Is Factored In:

“David Dewhurst knows that the future of Texas is being forged in our classrooms every day.  Lt. Governor Dewhurst has been a long time supporter of improving public education, and supporting our good teachers. Dewhurst has championed and passed pay increases for Texas teachers.
Today our average teacher salary in Texas is over $50,000 a year.  Dewhurst has led in passing incentive pay for Texas teachers, and he is a strong advocate for merit pay, paying our successful good teachers higher salaries.  Lt. Governor Dewhurst knows, as we all do, that there is more involved in improving public education than simply raising salaries, although compensating teachers sufficiently is a key factor, as Dewhurst noted this week in his comment to the press, “If I had my way, I’d pay teachers more so we would have a tsunami of good applicants and end up with the best and brightest in our classrooms.”
TTCA has never heard Lt. Governor Dewhurst speak to teachers without starting and finishing his remarks with the words, “Bless your hearts for what you do!”.

From a Grassroots Texas Mom’s perspective… “The Illusion of No Common Core in Texas has been created by our legislature.”
At a Frisco Community Meeting on College and Career Ready it was revealed that huge amounts of money are going into TASA (Texas Association of Administrators), TASB (Texas Association of School Board) and CSCOPE renamed (TEKS Resource Services) who interestingly Sen. Dan Patrick successfully kept in business when he cut a deal to remove the CSCOPE lessons and did not dismantle CSCOPE entirely. Instead the ESCs (Education Service Centers) who own CSCOPE  rebranded and were allowed to continue to collect tax dollars from local districts in exchange for a flawed curriculum management system with lessons now online in the public domain.
As was stated in this meeting… “Texas Education does not have a “funding problem”, but we seem to have  major issues allocating money to our Children’s Classrooms!”
Instead of paying great teachers well to teach a good solid foundational education which is what Lt. Gov. David Dewhurst is for so Texas students are well prepared for higher level learning, Texas Superintendents prefer to recommend to their local school boards. “Classes in a Box” type Common Core curriculum.
Parents are beginning to understand that HB462 authored by Sen. Dan Patrick the ( No Common Core) legislation has major flaws and that Common Core is being implemented in full force in Texas Schools. Interesting note by Tracy Hooks in statement to Northwest ISD School Board.  HB5 (authored by (R)  Jimmy Don Aycock  whose daughter is a lobbyist for  Raise Your Hand and on the Senate side (R) Sen. Dan Patrick once again. HB5 “was passed 4 days prior to HB462 which was passed to prohibit the use of Common Core”
My question is who is advising Dan Patrick? He continues to create the illusion of No Common Core for progressives while allowing it to come straight in through the back door.
Could it be his good friend and biggest endorsement Mike Huckabee? MIKE HUCKABEE TO COMMON CORE CREATORS: REBRAND, DON’T RETREAT
So what is going on behind the scenes……. In Texas schools districts are implementing the Common Core curriculum/philosophy everywhere: as evidenced below.  They are in the process of realigning the Texas TEKS to the common Core or creating their own College and Career Ready Standards through HB5. We will see how it plays out.
TASA’s New Vision for Texas Public Schools has partnered with Engage2Learn and are doing community engagement meeting across the state of Texas.   TASA has created the group Future-Ready Superintendents Leadership Institute. The institute is working hand in hand with ENGAGE2LEARN, a consulting firm to further implement PBL (Project Based Learning) and using HB5 College and Career Ready legislation to do it, which is the Common Core strategy and tactic.
Just to be clear, not all Project Based learning is bad but if a child does not have a good foundation of knowledge i.e. reading, writing, and math they are not well equip for PBL and critical thinking. Reports from across the country are suggesting it is actually very harmful for students.

Engage2Learn seems more interested in signing many contracts with Texas School districts while reaping a nice profit along with Transforming Texas School into the Common Core philosophy of all PBL instead of equipping Texas children with a solid foundational education and paying teachers to teach not “facilitate children designing their own learning experience.”
This is happening fast and will be implemented if we do not stop it. Time is of the essence and legislation is not the complete answer. We do not have time to wait until the next legislative session.
Examples of what we are seeing on the ground:

As Ginger Russell wrote:  “In Decatur ISD’s website there is a tab at the top titled FUTURE READY. You will see various resources of the districts transformation agenda.
Under PARTNERS it shows the following organizations, Apple and Connected Consulting. George Saltsman works with Connected Consulting and is a policy advisor to the United Nations Educational, Scientific and Cultural Organization (UNESCO).”  SCARY!!

“My school district is choosing new math and science curriculum. Tomorrow, Wednesday, there will be an open house at the district office, 4-7, for parents to come by and look at the district’s choices. Last Friday I left a voice mail for the EISD director in charge of math and science curriculum asking for a list so I could do my own research before tomorrow. She just returned my call this morning.
She brought up common core. She said that other states had aligned their standards with common core, but not Texas. Then she said we were aligning the TEKS to common core because it was more rigorous. Ha! So I said wait a second. You just told me Texas did not approve common core, why are we aligning our TEKS to it? She said because of the rigor. I said from what I had read about common core it was much less rigorous.”

“Visited my son’s classroom. Took picture of this. They use these daily. The teacher said “This is not curriculum. Texas does not use Common Core.” Now she said that after just sharing these books with me that our kids use every day. She said they were supplemental. She also said Common Core curriculum is more rigorous. I didn’t challenge her. She is a good teacher. But I’m frustrated once again.”

#CanISee Movement hits Frisco, Tx. Take the time to listen to this Dad and ask yourself have I been looking close enough to what my children are learning in school. Listen all the way through and learn from Dr. Stan Hartzler as he explains what is happening in Math in Texas and across the country

Join Women On The Wall in studio for a Live-Streaming Radio show by WBTM Thursday at 12 noon. Are your kids College and Career Ready? How are they learning to do Math in their classroom? We will play the full video of Dr. Stan Hartzler’s talk from the Education Policy Conference this past weekend. Here is a teaser from his talk.
Our special guest in studio will be Texas Mom Marijane Smitherman, wife of Attorney General Candidate Barry Smitherman. Marijane will share with us how she and Barry are educating themselves on education in Texas Schools. If you would like to join us live in studio to ask questions just e-mail alice@WomenOnTheWall.org. Space is limited so make your reservation today.

#CanISee™© is joining Stop CommonCore in NYS to ask “Governor Perry, #canIsee™© if you can do this College and Career Ready/Common Core homework?” Read the article below and you will understand the call to action.

“OK WARRIORS…..Time to TAKE ACTION……..Our children suffer each night with abusive, age inappropriate homework that destroys both their self-esteem and their freedom to truly learn. We want all of you to send your children’s homework via email or regular mail, every night to the man who continues to make this happen …Perry….

Title the email/mail ” CAN YOU DO THIS because Our Children Can’t” and let him get a taste of the suffocating, mind-numbing curriculum that will enslave their impressionable minds…..It’s Simple, It’s Quick and it’s for YOUR CHILDREN….Flood him with emails daily or send weekly updates to him.”