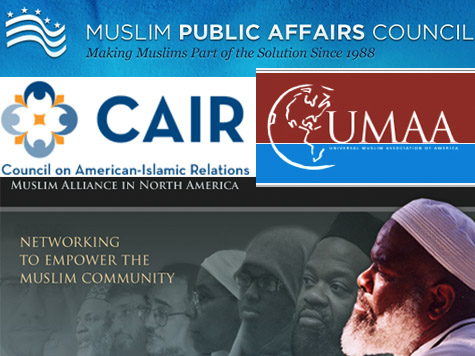 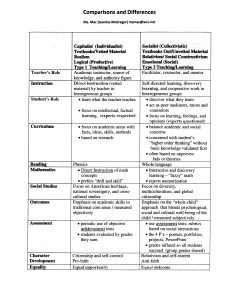 Movements on the ground show the “Fundamental Transformation” of education is having impact. This is what happens when you move from a classical academic curriculum based on an education of opportunity – Reading, Writing, Math and History, to a collectivist based education of equity – Attitudes, Values and Beliefs.

When you gut our public education of academics and it becomes completely about attitudes, values, and beliefs the question becomes- Whose values, attitudes and beliefs?

The Philosophy behind the Common Core Math Wars

“We first need to determine the moral, social, and political order we believe to be desirable, then set out our educational purposes, and in light of those purposes choose curriculum content and objectives”.  “What Constructivism Might Be in Mathematics Education”  Jeremy Kilpatrick (1987, Proceedings of PME (Psychology of Mathematics Education ) XI-Montreal)

A Texas Public School District, Garland ISD to host “Stand with the Prophet” conference, which is designed to help “lead the effort against Islamophobia”

Listen below to the Women On the Wall Communication Team conference call with Frank Gaffney, Center for Security Policy. It is a must to listen to this podcast in preparation for the protests of the “Stand With The Prophet Rally” at Garland ISD, Garland, Texas, this Saturday, 1.17.15.  Gaffney shared the very startling information about four of the speakers who have close ties with the Muslim Brotherhood and other very dangerous Islamist organizations.

After listening to Frank Gaffney’s explanations about the backgrounds of the four speakers scheduled to speak at the “Stand with the Prophet Rally,” concerned citizens are encouraged to call the Garland ISD administration office  (http://www.garlandisd.net/contact/administrative.asp)  and ask to speak to Chris Moore, Executive Director, Division of Communications and Public Relations – 972-487-3256 or to some other GISD administrator.

WomenOnTheWall’s message to America: Events like the murders in Paris are AVOIDABLE – if we will but act and hold our elected officials accountable! Their primary duty is to secure our borders and keep us safe.

WOW produced non-interactive video can be seen below OR view the personalized INTERACTIVE version through FB at: www.seeksharestand.com

On the Conference Call linked above Frank Gaffney mentioned the Center For Security Policy’s Plan to combat Global Jihad. Below is a press release just out today. 1.15.2015

January 15, 2015
NATIONAL SECURITY TIGER TEAM PRESENTS THE ‘SECURE FREEDOM STRATEGY’ FOR VICTORY OVER THE GLOBAL JIHAD MOVEMENT
Says the Plan Reagan Used to Destroy Soviet Communism’s Totalitarian Ideology Can Work Now
(Washington, DC): If there were any lingering doubts that the United States and the rest of the Free World are losing a decades-long war with the Global Jihad Movement (GJM), events of the past week should have put them to rest.  Murderous attacks in Europe, warnings by MI5 of more – and worse – to come, there and perhaps here and an intercepted plot to attack the U.S. Capitol are the most obvious indicators.
Less evident, but no less portentous, is the absence of the President of the United States from the Western effort to push back – compounded by his record of accommodation to, and collaboration with, those seeking to impose “blasphemy” and other restrictions driven by their shariah ideology at the expense of Americans’ constitutional freedoms.
Such developments have moved a remarkable, ad hoc group of highly skilled national security professionals to step forward and offer an alternative approach: a strategy for actually countering and defeating totalitarians and their supremacist ideology that has been proven effective in the one environment that matters: the real world.
This “Tiger Team” has been sponsored by the Center for Security Policy, an organization whose mode of operation from its founding 26 years ago has been modeled after the best of America’s military – its elite unconventional warfare units.  As the “Special Forces in the War of Ideas,” the Center has pulled together, much as the real special operators would do, sixteen of the best in the business, individuals with unique and necessary skill sets for the mission at hand: Adapting the strategy that defeated the last totalitarian ideology that sought our destruction, Soviet communism.
At a National Press Club conference at noon on Friday, 16 January 2015, ten members of this Tiger Team will introduce and explain the component parts of the Secure Freedom Strategy:
[Click Here To Watch The Event Live]
Frank J. Gaffney, Jr., who formerly acted as the Assistant Secretary of Defense for International Security Policy under President Reagan and now is president of the Center for Security Policy said of this effort:
President Obama recently justified his abandonment of decades of U.S. policy towards the despotic regime in Cuba on the grounds that, if it hadn’t worked, it needed to be changed.  It is beyond dispute that the policy he and his predecessors have pursued towards the Global Jihad Movement, its ideological wellspring – shariah, and its sponsors and enablers is not working.  In this case, we actually must make a change.
President Reagan’s successful counter-ideological strategy, formalized in his National Security Decision Directive (NSDD) 75, is one that has worked in the past.  In the professional judgment of some of America’s finest national security professionals, as adapted in the Secure Freedom Strategy, the NSDD 75 approach can work now as well, if employed decisively against today’s totalitarian ideology and its adherents.

Rally to protest the Islamic conference in Garland, Texas on 1.17.15

1.14.15 – “AFDI To Hold Stand with Free Speech Demo Outside Stand with the Prophet Conference” – by Pamela Geller — Breitbart —