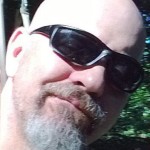 There is a renaissance happening thanks to the Common Core Agenda of high difficulty but low content curriculum, high stakes but low educational value testing and high cash value data collection/distribution with low value educational benefits.

Every day there are more and more first hand accounts of parents and parent-teachers who are pulling their children out of the public school systems or thinking and planning on doing so in the near future. Social media is showing this everyday as parents vent their frustration with schools and the Common Core online.

As children are abused by a system that leaves upwards of 70% of them boxed into a system of learning that is antithetical to their way of learning, parents are drawing a line in the sand and saying, “No more. I cannot allow this to continue”. Those lines are being crossed with increasing frequency and School Administrators are ignoring the calls to stop. In fact, they are now threatening parents with legal interventions that could cause the destruction of their family. Literally.

From coast to coast, Bureaucrats and Administrators in Education as well as Health and Human Services Departments are using the threat of government interventions into the homes of families with children via state level Child Protective Services agencies if parents do not comply with government regulations regarding education.

In Oregon, the Deputy State Superintendent Rob Saxton has publicly stated that the “P” in P-12 does not mean “pre-k”, but rather “prenatal” and that from the time of pregnancy a child is subject to the Department of Education regulations regarding health and educational issues and can call upon CPS to enforce interventions.

In New York, New York State PTA Education Coordinator Bob Aloise says people seeking to opt out of Assessment Tests and Curriculum should, and likely will, initiate a call to CPS for the “educational neglect of a child” by the parent and that he supports this.

Even if there is total compliance with testing and curriculum, letters are going out across the nation as we speak, backdated to the start of the school year, stating that CPS might be called if a child falls below 95% attendance, no matter the reason, “excused” or not.

Have they ever heard of the flu? Let’s do the math…

The average school year is approximately 180 days. 5% of which equals 9 days. One bad case of the flu, strep or the chicken pox will now be the catalyst for a visit from your local Educational Compliance Officer armed with the power to search your home, interrogate you and your children, and take everyone into custody if they decree it. Warning letters are issued automatically by computer monitoring programs as you approach falling below the 95% attendance threshold, threatening investigations and compliance.

Let’s not even bother pointing out the bureaucrats who are designing and implementing this childhood despotism, the President of the United States is PRAISING this system, promising to expand it.

In effect, your children are no longer yours. They belong to the village, the state. If you do not comply with everything you are told, the state threatens to take your children away and you may well be arrested.

There is only one word for this type of behavior coming from a government and you have already figured out what that is. Haven’t you?

Full Definition of TYRANNY:(take note of the verbage in #3, we’ve seen this word before)
1: oppressive power <every form of tyranny over the mind of man — Thomas Jefferson>; especially : oppressive power exerted by government <the tyranny of a police state>
2 : a government in which absolute power is vested in a single ruler; especially : one characteristic of an ancient Greek city-state
b : the office, authority, and administration of a tyrant
3: a rigorous condition imposed by some outside agency or force <living under the tyranny of the clock — Dixon Wecter>
4: an oppressive, harsh, or unjust act : a tyrannical act <workers who had suffered tyrannies>

What parent in their right mind, with love and the best interests of their children foremost in their mind, can be criticized for removing them from such a despotic system?

What kind of person does it take to level such criticisms and act upon them?

With all the sufferings that parents, educators and medical professionals see happening to children, perhaps it is about time that the tables be turned on these Despots of Education and WE call Child Protective Services on them… before we all have to draw that line in the sand and pull our children out of the public schools.

In the movie “Field of Dreams” the theme was, “If you build it, they will come”.

In the real world of Public Education, the theme has now become, “If you destroy it, they will leave”.

Stop the destruction of our schools and the abuse of our children, educators and families.

The line in the sand has been drawn. Stop the Common Core Agenda… or the Renaissance of Home Schooling will.