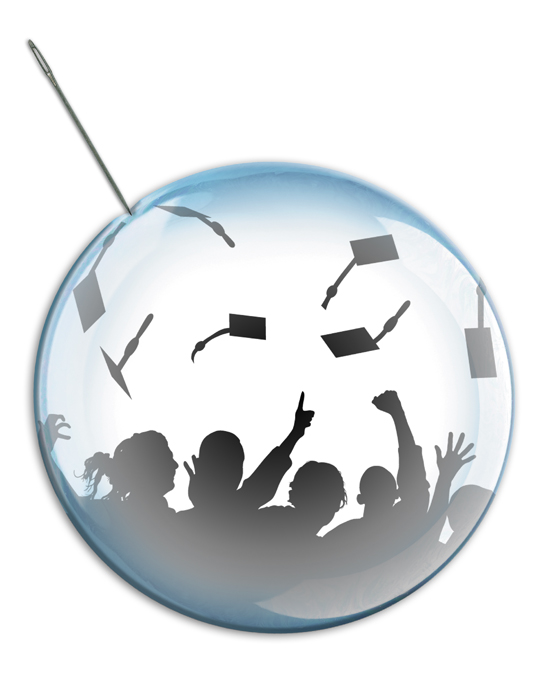 Is the Education Bubble About to BURST?

On the Wednesday night’s Women on the Wall Communication Team Conference call we connected the dots. By asking the questions.

#CANiSEE who is financially benefiting from the curriculum on which my child’s teacher is being evaluated?

#CANiSEE what the reality is on the ground for our children and their future?

Do our kids really need to take the SAT or the PSAT?

Dr. Duke Pesta (Freedom Project Education, a university professor for 21 years) discussed various topics including the lies of Common Core and the financial realities facing colleges and the alternatives for student admissions that do not include the College Board’s Common Core-aligned products such as the SAT and AP U. S. History tests.

Please be sure to use the zoom button to enlarge each part of the chart.

Experts who know say that because of quirks on the Gates Foundation database, the amounts on the chart should be even higher. In his 3.15.14 article entitled “Why Bill Gates Defends the Common Core,” Jack Hassard calculates the total as being closer to $2.3 Billion —http://www.artofteachingscience.org/why-bill-gates-defends…/

What we know is the strategies and tactics of the Federal Take Over of  Education are the same, whether it is the Common Core National Standards, which puts the framework of control in place in all 50 states whether they won the Race To the Top federal dollars or not, to the College Board whose president is David Coleman one of the key masterminds behind the Common Core implementing the Framework of control into AP (Advanced Placement) classes in all 50 states.

The good news is, parents and taxpayers are beginning to understand and are stepping up and fighting back. With strategic actions taken to expose corruption and stand up for their children.

There is a push against APUSH the “NEW” AP U.S. History framework and exam in South Carolina

#CANiSEE ™© WHAT you are teaching my child?

#CANiSEE™© HOW you are teaching my child?

#CANiSEE™© WHO is benefiting financially from the curriculum on which my child’s teacher is evaluated?