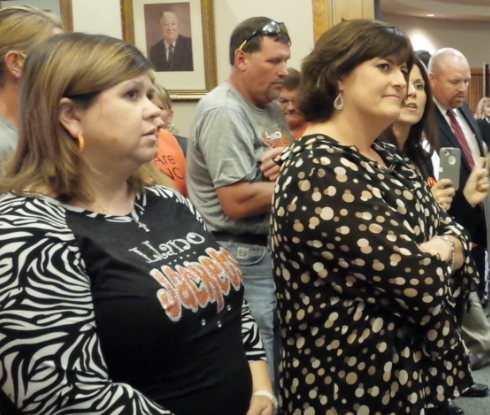 Proof That CSCOPE Is Not Needed: Valuable Links 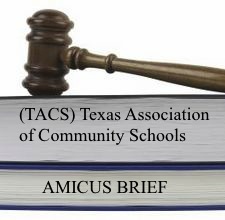 When the moms, pops, grandparents, and taxpayers of LLano, Texas, became very concerned about the content of the CSCOPE lessons being taught to their children and grandchildren in the LLano ISD, they filed a lawsuit to stop the CSCOPE lessons from being used until the Texas State Board of Education had finished its review (according to SB 1406 passed by the 83rd Legislative Session).

The Texas Association of Community Schools (TACS) is made up of members who have one high school in their district.  Members pay from $320 to $670 annually to belong and normally use taxpayers’ dollars to pay their dues and convention and conference expenses.

The president of TACS is Mary Ann Whiteker, the superintendent of Hudson ISD.  Whiteker is to be a panelist in support of CSCOPE at the Sen. Dan Patrick vs. Thomas Ratliff CSCOPE debate this coming Saturday, Aug. 24, 6:30 P. M., at the U. of Tyler.

[Please take time to listen to this 8.19.13 podcast on the Women On the Wall Radio Show in which a group of moms discusses the threat their children face with CSCOPE and with Thomas Ratliff on the SBOE:

When the group of concerned citizens in LLano ISD filed their lawsuit, TACS almost immediately filed an Amicus Brief (link may need to be cut/copied/pasted into browser to work)  —https://docs.google.com/file/d/15ndWh4EmDih9aLBI_wQjgFt-0iuWqK_sGXB_E-r9TbxamGeEU87caEBzd3l9/edit  —  to defend the use of CSCOPE in their schools.  The brief has statements from various TACS superintendents who basically rave about CSCOPE and say their school districts could not possibly operate without this excellent CSCOPE system.

The rave statements in favor of CSCOPE in the TACS’ Amicus Brief led me to do a little research.  Based upon the glowing statements from Lytle, Palacios, Abernathy, Hudson, Roosevelt, and Granger ISD’s in the Amicus Brief, I expected to see that their students had excelled on the 2013 Accountability Ratings released on 8.9.13 by the Texas Education Agency.

After all, these TACS members that indicated they could not live without CSCOPE and had paid multiple-thousands of taxpayers’ dollars each year to purchase it must have had fabulous results on students’ STAAR/End-of-Course tests, right?

Surely these TACS members could prove by the testing data that their students had mastered the Texas curriculum standards (TEKS).  The TEKS (English, Science, Social Studies, Math) have been adopted by the elected members of the Texas State Board of Education (SBOE) and are mandated for every public school in Texas. The TEKS tell educators WHAT to teach, but the educators at the local level decide HOW to teach it. By law, school administrators are required to make sure that the students in their districts are provided instruction that will prepare them for the STAAR/EOC’s.

Let’s see how these TACS schools did?

HOW TO VIEW AND UNDERSTAND THE 2013 ACCOUNTABILITY RATINGS

To see the various links on the TEA website to the 2013 Accountability Ratings, here is the link:http://ritter.tea.state.tx.us/perfreport/account/2013/index.html

The TEA used a massive spreadsheet to divide up every campus in Texas into groups of 40 so that comparisons can be made among campuses that have like-characteristics (e.g., enrollment, demographics, etc.).  To see the names of the Campus Comparison Groups, please go to this link and type in your search information: http://ritter.tea.state.tx.us/perfreport/account/2013/group.srch.html

To see a composite screen of all of the campuses/districts in Texas along with their ratings, please go to this link:  http://ritter.tea.state.tx.us/perfreport/account/2013/statelist.pdf

Index 1: Student Achievement. Provides a snapshot of performance across subjects, on

both general and alternative assessments (e.g., STAAR/End-of-Course tests), at the satisfactory performance standard.

Index 2: Student Progress. Provides a measure of student progress by subject and

the economically disadvantaged student group and the lowest performing racial/ethnic

student groups at each campus or district.

Index 4: Postsecondary Readiness. Emphasizes the importance for students to receive

college, the workforce, job training programs, or the military. [This Index rates high schools on how well their students are prepared for post-secondary success.]

I believe the three Distinctions columns are far more indicative of superior performance because they are based upon objective data that rates academic achievement (the primary goal of the public schools.)  The campuses/districts are only compared with their same like-characteristic group of 40.

QUESTION:  How did those TACS schools that gave such rave reviews to CSCOPE in the Amicus Brief do academically?  According to those superintendents, CSCOPE is essential to the success of their districts; and they have spent multi-thousands of  taxpayers’ dollars to purchase it.

Two of the listings below are primary schools which do not have a Grade 3 in which STAAR testing could be done – W. F. Peavy in Hudson ISD and Lytle Primary.  Therefore, I have removed the “NO’s” from these two campuses.  Also, Hudson High School did get one Distinction in Math; and I have made that correction on the chart also.  – Donna Garner]

*Hudson ISD’s superintendent is Mary Anne Whiteker, the president of TACS and an outspoken advocate for CSCOPE.  She is to be the pro-CSCOPE panelist at this Saturday’s debate between Sen. Dan Patrick and SBOE Member Thomas Ratliff.  Please notice how poorly her district did using CSCOPE.

The overall design of the accountability rating system is a performance index framework.

Performance indicators are grouped into four indexes that align with the goals of the accountability system.

The Spring 2013 STAAR/End-of-Course test results are now available for every campus/district in Texas and can be viewed by the public.

Here is the link to the Statewide Spring 2013 STAAR/EOC scores:

To see individual campus and district STAAR/EOC scores for all Texas public schools, please go to the Pearson website:  https://tx.pearsonaccess.com/tclp/portal/tclp.portal?_nfpb=true&_pageLabel=pa2_analytical_reporting_page

Notice the four radio buttons under “PDF Reports”  at the top of the page.  By clicking on the button, you can access STAAR/EOC results by State, Region, District, and/or Campus.