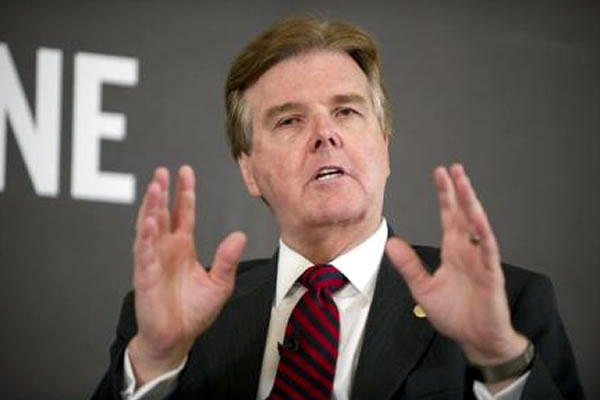 Lt. Governor Dan Patrick has called for the resignation of Fort Worth ISD Superintendent Kent Scribner over new guidelines dealing with transgender students. Here is a link to the official press release.

Frankly, that is a decision parents and tax payers of Ft. Worth ISD should be making, and has nothing to do with Dan Patrick.

Is Lt. Governor Dan Patrick using this issue to get “school choice” passed in the next legislative session?

“The State of Texas has an affirmative responsibility to provide a safe environment in the schools where attendance is compulsory. While this may be an example of the need for theLegislature to pass a meaningful School Choice Bill, we must not allow the actions of Dr.Scribner to go unnoticed or unanswered.”

My question is… Why is Lt. Gov. Patrick not calling for the elimination of perceived federal mandates implemented by Obama through federal funding? That is why Superintendent Kent Scribner is pushing these policy changes.  In 2010 ……. Department of Education: Title IX prohibits gender-based harassment

“The Obama Administration sent a letter today to approximately 15,000 school districts, as well as to colleges and universities that receive federal funding, providing additional guidance about their responsibilities for ending harassment and bullying whenever and wherever they occur. The letter also includes concrete examples to help schools better understand and implement the law.

Importantly, the letter clarifies that gender-based harassment, including that which targets transgender students, is forbidden under Title IX of the Education Code and this applies when LGBT students are targeted based on their gender expression:”

In addition, Lt. Governor Dan Patrick should be exposing the federal mandates of the Every Student Succeed Act (ESSA) passed by congress in Dec. 2015, along with the Texas Association of School Administrator’s (TASA) New Vision for Public Education. Which is how this crud is coming into our public schools here in Texas?

Patrick should be advocating putting teeth into the prohibition of the Common Core/College and Career Ready standards aligned to workforce development that we see being fully implemented in Texas schools, which aligns with the federal mandates of ESSA?

Via TX HB2804, the Next Generation of Assessments and Accountability is looking to be a clear shift away from academics; teaching students to read, write and do math well to attitudes, values, beliefs, behaviors and changing the next generations worldview, using Social and Emotional Learning (SEL) to accomplish this.

Governor Abbott’s newly appointed Commissioner of Education Mike Morath (who Dan Patrick said was a “great choice”) is advocating the state have formalized standards and assessments evaluating and collecting data on the social and emotional state of Texas students? Basically psychologically profiling students for the workforce.

All across Texas school districts are using their “strategic plan” to drive organizational transformation, to include New Learning Environments, Next Generation Performance standards and assessments and a new accountability for students and their teachers that happens to implement the new FEDERAL MANDATES of ESSA?

Here is a reality check. Now that Chromebooks and IPads are being used in most Texas classrooms and data is being collected and an individual portfolio is being created on each student, that will now follow them from Pre-school through the Workforce; any content created by students in this “Hyperaroused” learning environment will be available for colleges and future employers and may impact their ability to succeed in life.

As ”Jose Ferreira, CEO of Knewton, which has a large publishing contract with Pearson Education, remarked, education today “happens to be the world’s most data mineable industry– by far.”

Children, he says provide, “five to ten million actionable data per student per day.” Collecting data to be used for what remains uncertain– in fact most parents are unaware of such data mining. But data is derived daily by “tagging every single sentence of their [children’s] content.” 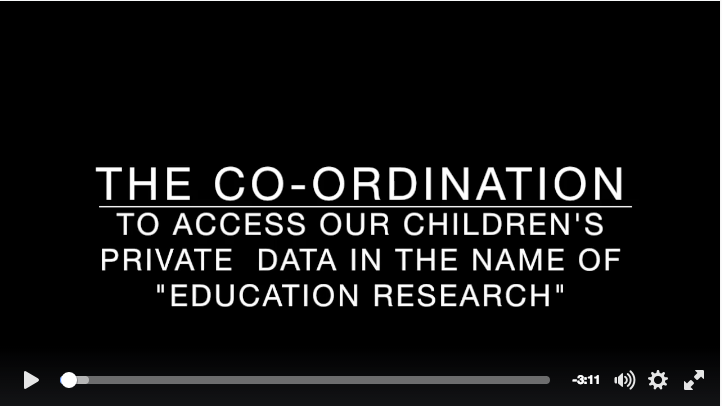 As I stated at the Keller ISD school board meeting regarding the policy change to include LGBT, Transgender students as a protected class, (which Dan Patrick was no where in sight,) TASA’s New Vision of Texas Education is the same as what was being implemented in Columbine High School in Colorado. These new learning environments being pushed as College and Career Ready/21st Century Learning” have in fact proved to be psychologically dangerous for students.

Below is a comment posted on attorney, Robin Eubanks’ blog  Invisible Serfs Collar.com

“Psychologist Dan Gilbert talks about how our brains respond with feeling and action to situations that are intentional, immoral, imminent, and instantaneous – and not to situations that aren’t. This was an adaptive trait that kept us alive long ago, but it short-circuits an appropriate and collective sense of urgency in the face of wicked problems like global warming and education reform, whose consequences play out day by day over decades. ”

Translation: Problems whose consequences play out day by day over decades have previously been dealt with using rational, empirical, and reality based thinking. We must change education so that children’s brains respond with feeling and action to such problems instead of rational thought.For example; we must respond to questions about changing climate with urgency and emotion rather than scientific methods. In particular, we must respond to shortcomings in education in an urgent and emotional way. Then we must respond to problems caused by this approach with further urgent and emotional methods. Rational thinking has no place.”

So, while Lt. Governor Dan Patrick is using this issue to push his own agenda of ‘school choice’, which is in fact, NO Choice, because of the federal mandates Patrick is actually helping to implement at a state level- Parents and tax payers are NOT buying it. Just sayin’……