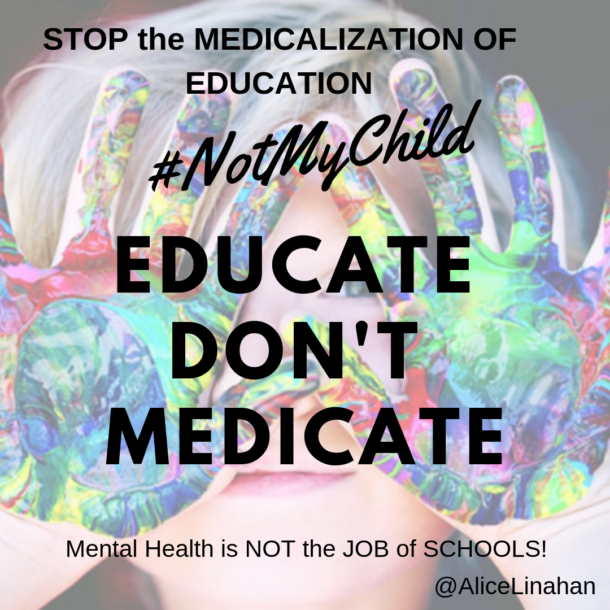 Read below: A Request to Texas Elected State Senators and Representatives

If you are a Texas Parent, Grandparent or Taxpayer and you want your VOICE HEARD~

TAKE ACTION and SIGN the form by clicking here:

Join us in asking for a seat at the table, under the pink dome at the Texas Capitol, to discuss the Medicalization of Education in Texas Classrooms. 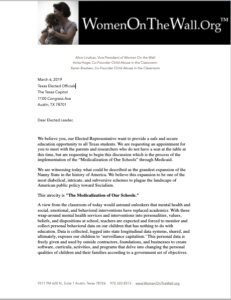 We believe you, our Elected Representative want to provide a safe and secure education opportunity to all Texas students. We are requesting an appointment for you to meet with the parents and researchers who do not have a seat at the table at this time but are requesting to begin this discussion which is the process of the implementation of the “Medicalization of Our Schools” through Medicaid.

Schools represent a “captive audience” and as such, prime targets for social policy change.
From a purely educational viewpoint, this could be termed “The Destruction of the American Educational System.”

Treatment, Interventions, Psychological Abuse: ESSA, Every Student Succeeds
The act mandates PII collected on attitudes, values, beliefs, and dispositions (grit) carried out by IDEA (Individuals with Disabilities Education Act). All students, birth through college-aged students are identified under Title I for social, emotional, and behavioral change, Child Find. Techniques defined in ESSA include behavioral interventions: Positive Behavior Intervention and Supports, Response To Intervention, Multi-Tiered System Of Supports, Universal Design For Learning. The NCES/IES monitors and evaluates compliance, and experimental research through a unique national ID of children and teachers alike.

NEED PROOF THIS IS HAPPENING- WATCH THIS:

Link for all appendices: http://womenonthewall.org/wp-content/uploads/2019/03/Appendices-ForMedicalization-Of-Schools-1.pdf

Appendices For The Medicalization Of Our Schools Proof Points