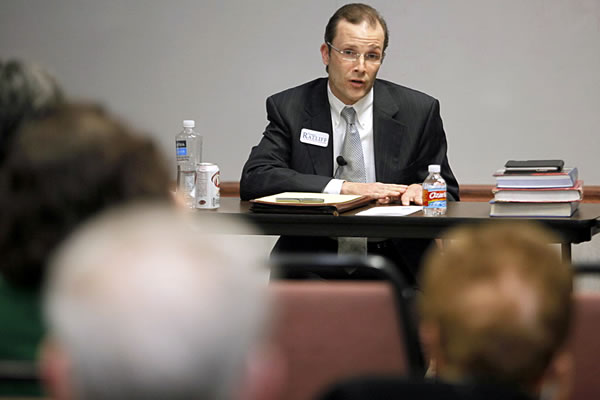 Looks like SBOE (State Board of Education) Vice Chairman Thomas Ratliff is a little testy today. Interesting isn’t it? Please see the press release below that came out today by Ratliff. Although, before I get to that please let me connect a few dots for you with the Education Bureaucracy in Texas. The Ratliffs are the Education Clan of Texas.

So let’s get to Thomas Ratliff and why he may be a little testy. You see Thomas Ratliff; Bill’s son -you know the one who was ruled by the Attorney General to be on the State Board of Education illegally because he is a paid lobbyist for Microsoft,  yea that one. He had a press release that came out today… see below.

He is not very happy that CSCOPE has been brought under the microscope and lessons have been pulled. Connect this dot – The RATLIFF’S  ARE TIED TO BILL GATES AND MICROSOFT

Even in Texas a state that rejected Common Core just passed HB2103. This bill is sitting on Gov. Perry’s desk for his signature. HB2103 sets up three P20 education research centers that in the name of education research have access to private data on both students and teachers.  Please listen to this short audio explaining it. https://soundcloud.com/alice-linahan/donna-garner-hb-2103

By Thomas Ratliff, Vice Chairman, Texas State Board of Education

Our country was founded on a “no-bullying” policy when our founders stood up to an English King who tried to bully us. Our military has helped other countries stand up to bullies throughout history. Even today, every Texas public school has a “no bullying” policy for protection of their students.

It’s time for parents, educators, and school board members to stand up to another bully. Senator Dan Patrick. To be fair, there are some things he has done to help public education. However, the majority of his efforts are designed to bully all of us to agree with him on things like vouchers, taxpayer savings grants, charter schools, and finally CSCOPE. Senator Patrick, who has no schools who use CSCOPE in his district, first set out to “improve” but ultimately destroyed a tool used by 80% of the school districts in Texas. I have referred to his effort as a “21st century book burning.” Let me explain.

In 1933, the German Student Association proclaimed a nationwide “Action against the Un-German Spirit”, which was to climax in a literary purge or “cleansing” by fire. The students described the “action” as a response to a worldwide “smear campaign” against Germany and an affirmation of “traditional German values.” In a symbolic act, the students burned upwards of 25,000 volumes of “un-German” books, presaging an era of state censorship and control of culture. At the meeting places, students threw the pillaged and unwanted books into the bonfires with great joyous ceremony.

Let’s fast-forward 80 years. Earlier this year, Senator Patrick held Senate hearings intended to grill supporters and creators of CSCOPE about a variety of issues. Some of the issues were legitimate, others contrived, exaggerated or taken out of context. He later went on Fox News to talk about the hearings and there was a banner below the Senator’s face that read, “Texas Lawmakers hold hearings into allegedly anti-American curriculum.” Then, just last month he held a press conference celebrating the “end of the CSCOPE era.” You could even call it a joyous ceremony. At the press conference, Senator Patrick even said, “What the legislature has learned…is we have to monitor what is being taught in our classrooms before the fact very closely with the same scrutiny as we did with our textbooks in the past.”

Back to 1933. The burning of the books represented a culmination of the persecution of those authors whose verbal or written opinions were opposed to a particular ideology. Many artists, writers and scientists were banned from working and publication. Their works could no longer be found in libraries or in the curricula of schools or universities. Sounds familiar doesn’t it?

Who were some of the persecuted authors? Albert Einstein, Sigmund Freud, Earnest Hemingway and Upton Sinclair. Not exactly radicals.

I think a quote by Upton Sinclair clearly describes what is happening here. His quote, “It’s difficult to get a man to understand something when his paycheck depends on his not understanding it.” If you substitute the word “paycheck” with “re-election” “conservative rating” or “number of Facebook friends,” you start to understand the motive behind Senator Patrick wanting to eliminate CSCOPE lessons.

Censorship is censorship, regardless of who’s calling the shots. This is a core belief of our country and we shouldn’t stand for it.

To be clear, of the 1,300 lessons in CSCOPE, there have only been a small handful of “controversial” examples talked about. Is CSCOPE perfect? No. I would doubt any curriculum of any school, public or private, is perfect. But, in an effort to get rid of the few lessons he didn’t like, Senator Patrick threatened the Regional Service Centers who created CSCOPE to pull it down or he would take his bullying to the next level.

But, apparently even after CSCOPE agreed to pull down the lessons, Senator Patrick still isn’t done. Now he is asking people to “report” school districts that want to continue to use CSCOPE lessons that they helped develop. He says he will “share” that information with the Attorney General for some sort of enforcement action I guess. This looks like the Social Studies police, or SS for short. What’s next? Will the state start barging in the door of a teacher’s room to destroy or confiscate her “controversial” lesson plans. Where does it stop?

Join me in standing up to this kind of bullying. Texas has more than 7,000 locally elected school board members who are responsible for overseeing their local INDEPENDENT school districts. We don’t need more state sanctioned censorship of our classrooms. We need the state to set reasonable standards and then get out of the way and let our local public schools do their job. We need tools like CSCOPE to be available as options for teachers to choose, not forced upon them or taken from them by a bully.