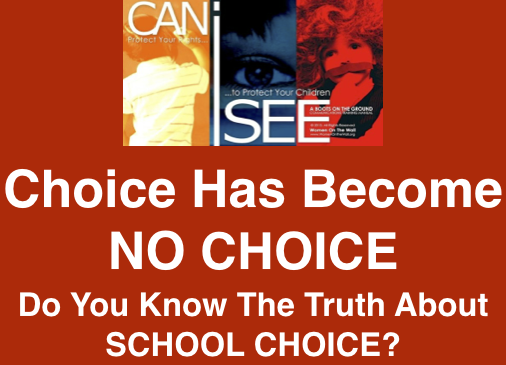 School Choice is No Choice if all Schools Become The Same

Anita Hoge wrote the following list of what is needed to accomplish the goals of Republican Lamar Alexander and ‘Obama’s Equity in Education Plan‘ for our entire country:

Think about this. There were three major actions under the Obama administration, without legislative approval, to change two hundred years of traditional public education in the United States. (1) The Common Core copyright, which created a national curriculum and national testing mandating that individual students meet individual standards (similar to the Obamacare individual mandate). (2) Unlocking data ‘to flow’ through the Family Education Rights in Privacy Act, FERPA, which allows personally identifiable information on our children to flow to outside 3rd party contractors for research and curriculum development to match Common Core. And, (3) No Child Left Behind Flexibility Waiver, (ESEA, Elementary and Secondary Education Act), that is re-training teachers to teach to Common Core. This also allowed ALL children in public school to be funded under Title I by changing the definition of who is poor or educationally deprived to anyone not meeting Common Core. (Free and reduced lunch guidelines of 40% schoolwide were dropped to 0%.) These three important points control standards and testing, curriculum, and teachers with all public school children being funded under Title I.

So the question that must be asked is what else must be changed to move toward this direction – this plan to destroy public education and collapse our old system of representative government? A key element is federal “choice” which is vehemently supported by Republicans. The stage has already been set with charter schools. Caps have been removed on establishing charter schools in many states because of promises made to Obama when accepting Race to the Top grants. Secretary of Education Duncan dealt out illegal No Child Left Behind Flexibility Waivers (ESEA) that changed Title I funding to blanket an entire public school. Every child becomes Title I where money ‘follows the child’ and this targets EVERY child in public school to change toward Common Core without a law being passed. .

Now consider this! How can Republicans and Democrats, with the help of President Obama and Secretary Duncan, be sure that ALL children in the United States—ALL CHILDREN, even in every private and religious school—come under the federal thumb of Common Core? They are going to GIVE those Title I funds to EVERY child in private and religious schools with FEDERAL CHOICE. With federal choice ALL schools become government schools and all schools must teach Common Core. This is what federal choice is all about—getting control of all Catholic, Christian, and private schools.

Add to this federal over-reach, the system for compliance, Total Quality Management [TQM], a business model for accountability, is the system for control. Data collection is the key to TQM by monitoring and assessing individuals continuously. By linking and cross-referencing all data in the following components, this will allow each area to be an easy target for government intervention for equity in education. This is a system whereindividuals are monitored for government compliance and wherecharter schools become the model for a government takeover. Nationalizing education in the United States and removing locally elected officials ARE the primary targets of the Obama administration.

·        The problems with the Student Success Act/NCLB reauthorization in Congress 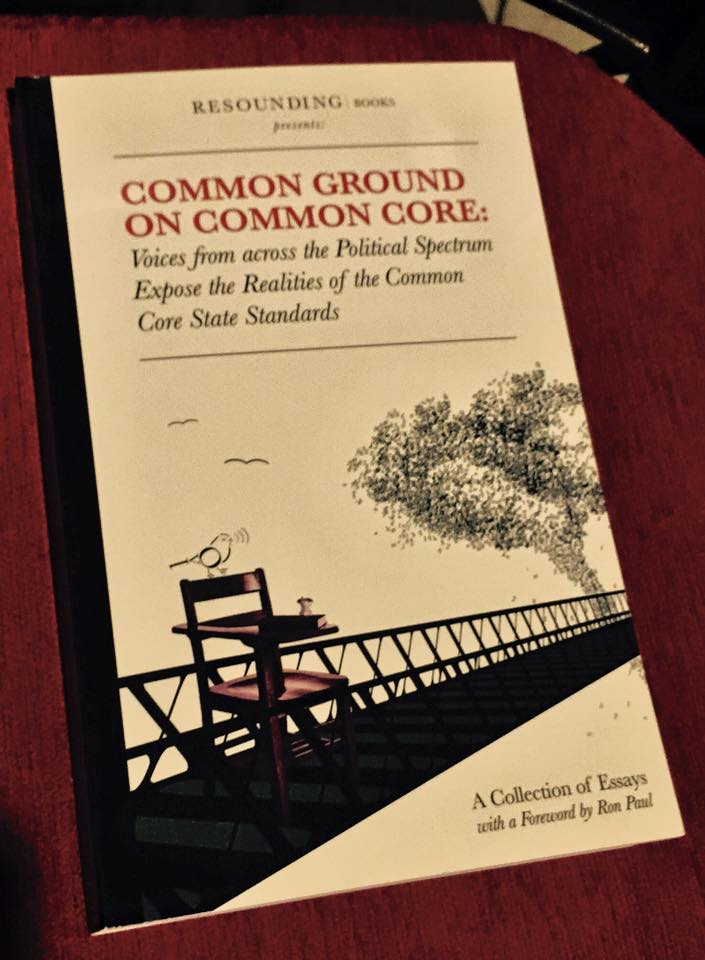 Would it Rock your world to learn the 21st Century/Common Core?Workforce Development Philosophy of Education is “NOT” about liberal indoctrination?

The shift in education is NOT liberal vs conservative. Many liberals are horrified by what they are seeing in the classrooms. The fundamental shift in education we are talking about is changing from a transmission of knowledge, that parents still expect from our schools, to an emphasis on altering the students world-views, their values, attitudes, beliefs and behaviors.

When education is focused on how students perceive the world, that is known as critical theory or cultural marxism. Two great exposes that clearly show the affects of this emphasis in history and literature can be found in these two books by university professors, Keith Windschuttle, The Killing of History and John Ellis’,Literature Lost: Social Agendas and the Corruption of the Humanities.

It is about equalizing and controlling the economy of America in the world. You are no longer that boy from Argyle, Texas who was baseball star and a Boy Scout. You are now a global citizen. Not an AMERICAN. Nationalism is destroyed. That is why Progressive Republicans (Jeb Bush) are just as dangerous of Progressive Democrats (Hillary Clinton).

WILL AN “EDUCATION OF EQUITY” SAVE CHILDREN OF THE “‘WORKING POOR?”