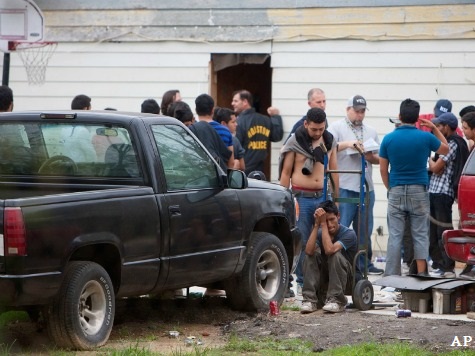 So What Happens to these REFUGEE Children in September?

Will they be put in public classrooms across Texas and across this country?

* Do they speak english?

* Do they bring in health concerns?

*What is the TEA doing to prepare for the influx of students and possible infections diseases?

* Have school districts budgeted for this influx of students and the health concerns they bring into our public classrooms?

HOUSTON, Texas–Charities and attorneys in North Texas are strained as a result of the tidal wave of immigrants entering the U.S. illegally, hundreds of miles away at the U.S.-Mexico border.

In addition to helping to provide shelter and legal advice, volunteers have also been pivotal in providing medical care for the foreigners. Students from the University of Texas-Pan American (UTPA) in the physician assistant program have been helping out at Border Patrol stations, according to Valley Central. Several infections and diseases have already been discovered within the migrant population–most notably, scabies.

Many experts believe that the border crisis will only get worse.

Victor Manjarrez–a professor at the University of Texas El Paso, former Chief Patrol Agent of Tucson Sector, and former Chief Patrol Agent in El Paso Sector–told Breitbart Texas that the border crisis will get better when substantive policy changes are put in place. He said that until that happens, “I honestly think that [the problem is] going to continue to get worse.”

HOUSTON, Texas–“As thousands of illegal immigrants continue to pour into the U.S. from Central America, medical professionals and volunteers are struggling to treat sick migrants. The sheer number of immigrants–most of whom are unaccompanied minors–has made it extremely difficult to check and cure illnesses.”