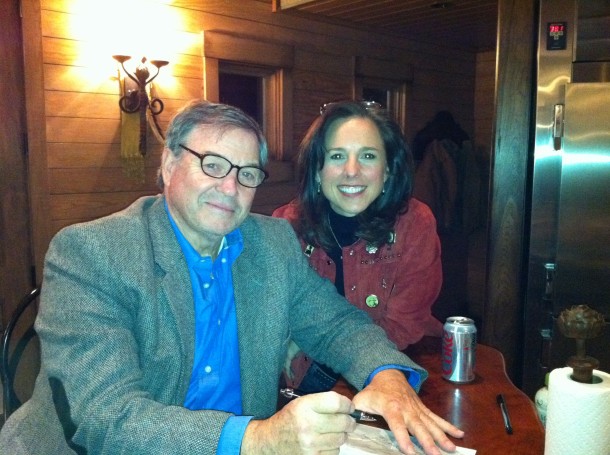 Today I was forwarded an e-mail that was apparently sent to precinct chairs across the state, insinuating Rep. Scott Turner who is a candidate for Speaker of the House, is a moderate, union loving, community organizer who got his start in liberal California.

Well, my initial thought was, this race is far from over. Obviously Straus’ consultants, whose job it is to keep state reps. in line are worried. For this kind of desperate piece to go out, they are nervous. And they should be. The problem for Joe Straus is, his own record, that Texans like me, know very well. You see, the game film on Straus has been rolling for awhile. You may recall when Women On The Wall exposed corruption in Texas politics with the pledge card system. Joe Straus, has, is, and was clearly  intimidating and buying off  representatives. We are not stupid. We know how the games are played, and we know how to do the research to prove it.

My next thought was, get a hold of Scott Turner and find out about his days in California. I sent Scott an e-mail and he responded personally.

You know, I do not know of one, everyday kind of Texan, who Joe Straus has contacted or responded to, in order to earn their support. I know 100’s and 100’s who Scott Turner has reached out to. The difference is actually quite startling.

1. Did Scott Turner change his name? No, Eric is the name on his birth certificate. Scott has never gone by Eric, and to claim he changed his name is ridiculous. It shows from the get go the intention of the e-mail was not an honest assessment of Scott Turner’s record. Even the link they provided shows when Scott was in California everyone knew him as Scott Turner. 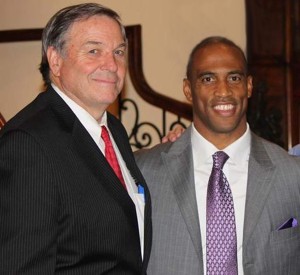 “Scott Turner is a remarkable American leader who will serve Texas well in the State House. NFL player, minister, businessman, and humanitarian, Scott showed me the quality of his character when he worked with me when I Chaired the Armed Services Committee in the U.S. House of Representatives. Touring our military bases and meeting returning wounded military personnel, Scott counseled our young men and women on jobs, life and family challenges. Scott’s leadership and character shone through like the morning sun when he talked to young folks who needed direction.  Scott is a Reagan conservative whose wisdom I sought on a frequent basis during my final years in Washington. Most importantly for me, Scott Turner is genuine, the kind of guy you appreciate when the going gets tough. Well, the going for America will be tough during the next several years. Scott Turner is smart, capable and inspirational. Let’s work together to launch a political career that will serve Texas and our Nation well.”
Duncan Hunter Former Congressman

3. The article claims that Scott Turner did not support key propositions on such things as Marriage between a man and a women. What the writer did not tell you, is that Scott and his wife were transitioning from Virginia to California (remember he was an NFL football player) at the time and he was not even registered to vote in California.

4. Now as for the claim to be a NFL union, community organizer. REALLY? Give me a break. Obviously this writer knows nothing about the NFL. Scott was elected by fellow teammates to be a Player Advisor for the NFL Players Association. Actually proving what a great leader Scott Turner is, as a rookie, his teammates (all of which were union members) elected him to represent them.

5. They claim Rep. Scott Turner does not have a record in the Texas House. Once again completely false. Scott was a leader who authored and actually moved and passed legislation. House Bill 500, “a bill that offers much-needed business tax relief and certainty to Texas’ small businesses and entrepreneurs.”  Economics is a family issue and Scott Turner understands this clearly.  It was not surprising to see Former Congressman Duncan Hunter’s ( a champion of protecting our military) endorsement when you see legislation that Rep. Scott Turner was a leader on in Texas.  HB 2028 relating to the eligibility requirements for plumbing licenses issued with military service and HB 2029 relating to the eligibility requirements for electricians licenses issued with military service. Scott again not only talks the talk, he actually walks the walk.

6. They get more desperate and claim Scott Turner is for an  Obama-Style illegal alien amnesty. Pretty ironic when the very link they posted quotes Scott Turner as saying …..He supports a guest-worker program but not one that grants amnesty to workers.

I would have said the same thing prior to Obama’s election. Remember the article they link was from 2006.

As someone whose been in the trenches of the Speakers race from the beginning, I am truly offended by the blatant disregard for the people of Texas. As a Texas Mom, who, along with so many others, have contacted our representatives asking them to represent “We the People” and vote “FOR” Scott Turner for Speaker of the house, while not getting any requests to stand with Joe Straus (that is their own calculated political choice,) they ignore those they represent.  Especially when ridiculous hit pieces like referenced above are put out with false information. Using the same talking points representatives are pushing to support Straus. Most offensive is a mocking of the very things we hold dear, Scott Turner’s faith.  They mocked his companies stance to be public about their conviction to have a “company pastor.” Which is needed in more companies, I might add.

As I have stated in a previous post… Rep. Joe Straus~ Pro-life Conservative? STOP THE LIES!

“Frankly, I am tired of the lies and propaganda coming out of politicians not only in Washington, but in Austin as well. Why, because it is having real impact on our children and their future. Not only in the womb but in the classrooms across our state. Maybe these guys have not realized it, but our state and our country are in real trouble. It is no longer politics as usual. We need real men and women with character and conviction to STAND!

As a Mom, watching our education system here in TEXAS, being infiltrated by “Outcome Based,” “Value Clarification” and “Character Education” defining the core ethical values progressives wish to instill in our children, I am down right angry.”

One only has to listen to Scott Turner and his personal motivation and leadership skills to know “It’s Time” for new leadership in the Texas House. It’s Time to GET IN THE GAME! ~ Call your state rep. today and say VOTE FOR Scott Turner for Speaker of the Texas House
For more information, please go to http://scottturnerforspeaker.com

Compared to corruption and politics as usual with Speaker Joe Straus. Those state reps. who continue to play the old game of politics as usual will have a rude awaking, I believe. We know the truth and we know how to organize and find candidates to run in the primary. That is not a threat. It is our duty as citizens to hold those accountable that we put in office to represent us. 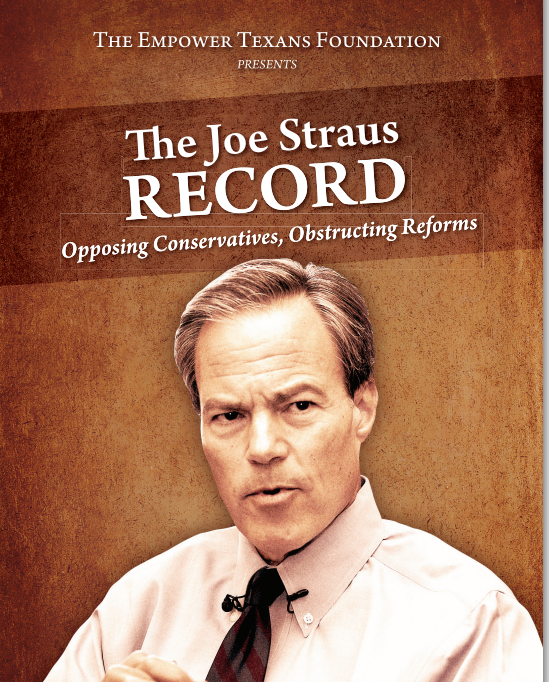