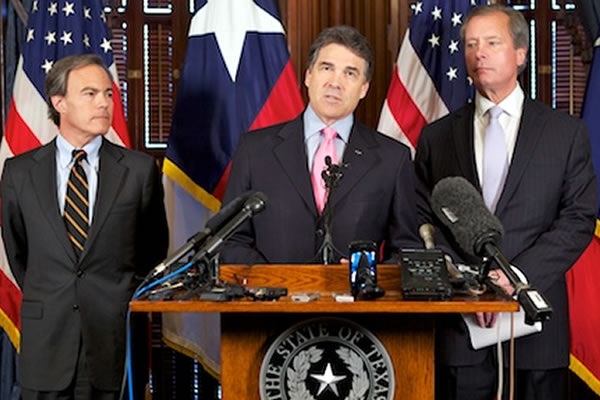 AUSTIN, TX – In yet another sneaky trick on the House floor today, our good guys had a bad bill slip by before anyone knew what had happened.

El Paso Democrat Rep. Joe Pickett quickly replaced the bill our good guys were watching for, HB 1716, with the senate bill, SB 1110, the gavel went down and everyone was assumed a ‘yes’ vote before anyone could object. Several of our good guys went back later and were sure to cast a ‘No’ vote in the journal, but the damage was done. So the bill passed to what’s called the third reading tomorrow — which is the absolute LAST stop. Since it already passed the Senate (unanimously), if it passes tomorrow, it becomes law because the Governor will gladly sign it.

So please disseminate this information as quickly as possible by email, text, Facebook – anywhere and everywhere. We need a flood of calls to STOP this bill DEAD in its tracks tomorrow. The House convenes at 10AM.

SB 1110 (Nichols) – Expands the definition of & use of a transportation project from strictly roads to include rail, transit, even parking lots, ferries, and airports with Transportation Reinvestment Zones (TRZ) without accountability to the voters/taxpayers. TRZs pledge LOCAL property taxes (appraisal increases) and/or sales tax revenues in the zone to pay for STATE highway projects, including toll projects (which is a double tax to use tax money to build it, but charge Texans a toll to drive on it). If a toll project needs TAX money to subsidize it, it means it’s NOT toll viable and cannot be paid for with the tolls alone. So a ‘YES’ vote is a deliberate vote in favor of DOUBLE TAXATION and it moves toll road policy away from ‘user’ pays to ALL taxpayers paying for the road, yet Texans can be charged AGAIN to drive on it!
Text of SB 1110 that expands the definition of a transportation project:

CHAPTER 370.003 of the Transportation Code says:

(A)  a turnpike project;

…as well as a litany of different projects from rail & transit to ferries & parking lots
(C)  a passenger or freight rail facility
(E)  a ferry;
(F)  an airport;
(G)  a pedestrian or bicycle facility;
(H)  an intermodal hub;
(I)  an automated conveyor belt for the movement of freight;
(J)  a border crossing inspection station;
(M)  a transit system;
(M-1)  a parking area, structure, or facility, or a collection device for parking fees;