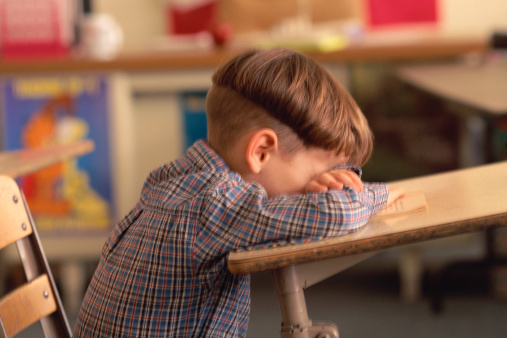 When we talk about the “Shift” in education being about moving from a “Knowledge” based Education of Opportunity- (Equal Opportunity) for individuals to an Education of “Equity”- (Equal Outcomes) based on Attitudes, Values, Beliefs and Behaviors for the good of the community, that is a template to fundamentally change America.

The fact is Texas did not need to implement the Common Core National Standards. We were apart of the creation of the first College and Career Ready Standards and a part of the American Diploma Project. We have been implementing the template from the beginning.  While some worked extremely hard to fortify the new TEKS (Texas Essential Knowledge and Skills) to make sure they were grounded in direct instruction parameters rather than the constructivist, equity-based standards, there were major forces such as TASA (Texas Association of Superintendents) implementing the Global push for “High Performance Standards” being piloted, approved by the Texas Legislature using our tax dollars.

In addition, the Texas legislature, under Republican control also passed legislation that clearly aligned with the agenda to shift from the “Mental” (Academics and Knowledge Based Tests) to “Behaviors” (Performance Standards and Competency for the workforce.) When Texas overwhelmingly passed HB5 it completely undermined all the work done to lay out a clear strategy of implementation with the new STAAR EOCs (End of Course) knowledge based exams. HB5 set up the School To Work/Workforce Development model of education in full force in Texas.

Another force behind the push for an Education of Equity is known as the EQM (Quality Education for Minorities) Project. This project was developed in part by MIT back in 1987 and funded by Carnegie. Robin Eubanks, author of “Credentialed to Destroy”, explained that “Carnegie is the chief sponsor of Competency-based education now, including sponsoring the 2011 summit with federal officials. Marc Tucker of the National Commission on Education and the Economy (Carnegie-funding) was also involved in the QEM Project, which puts a new spin on all his work in the 90s on School to Work and new types of authentic assessments called the New Standards Project.”

Robin goes on in her article to warn Texas- “MIT was one partner in QEM, but the other was the Marshall Center at the University of Texas. As I have warned, Texas did not actually need to be part of the Common Core to have its K-12 system in the same place as other states.

Once you start to clearly understand the template to remold America, the puzzle begins to come together. It is clearly a “restructuring” of American education from a K-12(Kindergarten through 12th grade) system of individual opportunity to a P-20 (Pre-school through College, Trade or Graduate School) system.

So one has to ask… Who is behind the restructuring of the American Education system? What is their end game? Who is writing all this legislation that seems to be popping up in state after state? I have been called a crazy conspiracy theorist- It is no longer a conspiracy when all you have to do is read the federal and state legislation that clearly shows coordination in language and intent to bind students under school to workforce competency standards. Just take a look at the list of Texas Education Legislation in the pipeline. http://womenonthewall.org/texas-legislature-public-education-bills-in-committee

It is actually quite simple- The intent is control over the governed by a few in positions of power. It is a public/private partnership to control the economy of the west by putting the American people in a position of submission through “Unilateral Mental Disarmament”

“Our public sector and their allies want the 21st Century to be the era of the collective. To do that the logical, analytical part of the human brain needs to be systematically starved and the affective cultivated. Mind arson as I call it. That all this has the end result of booting and spurring a favored few with lucrative results was apparently too tempting for certain bureaucrats, businessmen, and politicians to pass up.” “Credentialed to Destroy” (p. 271).

As the battle to get Common Core State Standards repealed in state after state rages on, Texas proves that even when laws are passed to eliminate the brand of Common Core, the template is still being implemented. In order to FIGHT for our children we must follow the advice of a very wise man. Dr. Terrence Moore urged… Fight – Fight for your children’s MIND and SOULS, FIGHT   for America’s stories to be told.

In order to do that we must go in locally and take back our schools and understand clearly the illusions that are being created, even by those elected officials we worked hard to get elected and whom we trust.  The reality is, as my good friend Michael Bohr correctly stated…

One of the false battles in front of us and one that has a vision for control that has been clearly laid out by the radical education reformers is “School Choice”. As a Mom, I do not get my right to choose a school for my child from the state or federal government. That right comes from God. There is no question that as a parent I have the right to choose what the best school is in my community for my child to attend.  In fact, the vision to Nationalize education clearly laid out the pathway to the nationalization of education is through “School Choice.”

Robin Eubanks wrote in a post on Invisible Surfs Collar this week…..

“……the purpose for Reinventing Government as being a means to advance Equity and the cause of Progressivism. This is how that book framed Equity in 1992 as the new purpose of public schools:

We have been living for a while in an age where official policy is it’s not OK to function as an individual. Adjust to accepting the new designation as just another member of a community or society goes this stealth mandate. Nobody told us though, leaving us to wonder why we just keep coming across all these pushes for communitarianism as a necessary belief for the 21st century. Would anyone like to guess what change in practice and policy is seen as the premier way to advance Equity, integration, concepts of community, etc? That would be the various school choice schemes like charters and vouchers. In particular, we have these recognitions: “When governments fund programs or institutions directly, equity becomes difficult to enforce…When governments fund individuals rather than institutions, it is much easier to promote equity.” Keep that in mind whenever someone says “Let’s just have the money follow the child.”

You see, the vision has been laid out. It is in plain sight, but we have been programmed not to see. As in the Turchenko Letter written in 1975 which led to an official 1976 Soviet book called The Scientific and Technological Revolution and the Education Revolution. Turchenko explained, submission will be largely invisible since it is unconscious human responses being cultivated. Eubanks in her book reminded us as well, “the Soviets had lots of sympathizers in the West. These Professors were in a position to urge practices that in fact amounted to UNILATERAL MENTAL DISARMAMENT.”

Unfortunately for the Radical Education Reformers. We do have a tradition of exceptionalism in individual men and women who know about liberty and freedom.

We know what it means when everyday guys get together and do great things.

As Jackie Sherrill said in the prologue to his book on the 12th Man.

They were the builders of bonfire. They were the keepers of the flame. Individually and collectively, they were the heartbeat of everything so special about Texas A&M

Like E. King Gill, the original 12th Man, they were ready to come down out of the stands if the football team needed them.”

I have been blessed in my life to have 4 incredible brothers. All of them have become great fathers, brothers, and men.

One of them had the honor and courage to be a 12th Man at Texas A&M. His last year as a 12th man he played against Tim Brown the Heisman Trophy winner. For Harold, it was an honor and a challenge to push himself against the best and succeeding made it even sweeter.

That is what our country is about. Knowing the honor it is to be an American and having the guts and the courage to be the builders of the bonfire and the keepers of the flame. To do that we must know our history, be proud of our great accomplishments and learn from our mistakes.

In the end, it is not the power in Washington or in our state capitol that makes us great. It is the power of individuals passing on our traditions to our children and grandchildren.

The regular folks who have been the small business owners and the workers who push every day to work hard and help make those small businesses grow to huge companies. Capitalism is about a man or woman who takes the risk and succeeds and because of it, others prosper as well.

It is time to come out of the stands and get in the game and fight like hell to save our great Country. The RED, WHITE AND BLUE ARE CALLING YOUR NAME!! Washington and Austin do not believe we are Division One quality. Let’s just show them what we are made of.