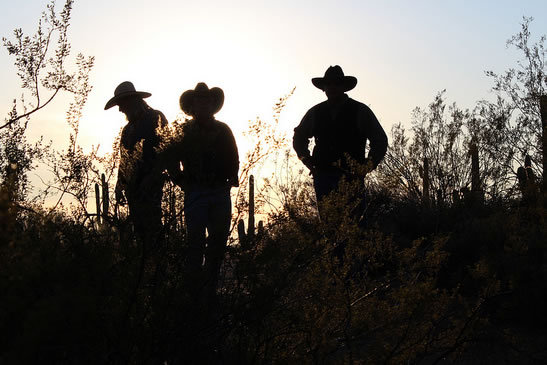 Texas Solution is a False Hope 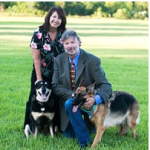 One cannot look at either the 2012 Texas Solution or the Todd Staples-backed 2014 update in a piece-part fashion.  The entire plank is a fraud in that it does not offer any border security or immigration reform solutions to the perceived problem. The premise of this being a “solution” is simply misrepresentation.  The one point that everyone agrees upon is border security.  Yet, border security is addressed as a worthless platitude with no real direction or substance behind it.  It is not specifically directed at the Federal or State level.  This is the same as every Republican politician and candidate claiming he or she is “conservative” to the point where the word has actually lost its value as a descriptor.

Indeed, one must take the entirety of the immigration plank and place it in context.  What is it that the 2012 Texas Solution purports to solve? Does it offer a path to Border Security? No. Does it offer solutions to the byzantine immigration laws and in-country enforcement? No.  What it does do is address Republican big business interests by incorporating a “path to cheap labor” as a fundamental core component of Republican Immigration Policy at the State and then to the National level.  What rubbish!  Since Republicans can never give as many benefits and entitlements as the Democrats, they are prepared to offer the PROMISE of jobs in order to curry political favor with Hispanic groups.  Think about that.  With participation in the American workforce at historic lows and a shrinking GDP, the Republican “solution” is more jobs for non-Americans!  When Staples was asked about protecting American workers, his response was we will just make it more expensive for employers to hire foreign workers over Americans through visa fees.  Well guess what, employers driven by cheap labor costs will still hire under the table if a guest worker with a visa costs more than an undocumented illegal alien.  Managing such a comprehensive program will be a bureaucratic and costly nightmare.  We cannot control or manage today’s current student visa program.  How can we possibly manage millions of guest workers across America?  Consequently, it is my belief that the professed “market-based” solution with a low-skill guest worker program as its centerpiece will not SOLVE America’s illegal immigration issues.

The conclusion that I and many others have reached is that the “Texas Solution” is a political fig leaf that really does nothing to SOLVE border security or immigration reform issues.  This is Texas Republican leadership indulging in political gamesmanship to ostensibly court the Hispanic vote and provide benefits to their corporate interests. The RNC is now looking at the Texas Solution as a model for the national platform.  Moderate Republican 2016 presidential candidates that embrace an “America Solution” immigration plank will be able to point to Texas as the reddest of red states and claim a conservative position on immigration and border security that is consistent with their own.  The result will be to immunize moderates against true conservative candidates offering real solutions to a broken immigration system and failed border security policies.

Grassroots should be focused on separating the issues of border security and immigration reform above all else.  Border security should never be linked to legal immigration reform efforts or in-country immigration enforcement activities.  There are no technical or legal impediments to protecting America’s borders.  The only issue preventing a secure border is of a political nature.  America does not have to become a “police state” to enforce the rule of law as applied to the border.  The US Government protects its military installations, it protects the secrets of Area 51 from intrusion and prying eyes, it polices it national parks, and it protects its assets overseas from illegal trespass.  America put a man on the moon, surely it solve the puzzle of border security.  If the Texas Governor, Lt. Governor and the candidates for these same offices all believe that Texas can close the border to 80 – 90% of all illegal traffic, then why does the Texas Republican Platform not call for the funding of such a DPS border surge?  Our Texas Rainy Day fund is being siphoned off for education, water projects and road funding.  Why not use some of the Texas taxpayer’s money to fund a Texas border surge?  The Texas Republican Platform should demand real solutions for border security rather than hollow calls to “secure the border.”

And finally, does anyone really and truly deep down believe that a guest worker program will win the hearts and minds of the Hispanic communities in Texas.  Democrats offer big government solutions to minority communities.  They offer food stamps, welfare, housing, education and many other entitlements and benefits.  What are Republicans offering – guest worker visas.  However, what would happen if Republicans truly engaged minority communities on the immigration issue as a “humanitarian” issue.  What if Republicans were to offer solutions to reduce crime, end the drug pipeline, eradicate the dehumanizing sex trade, promote economic freedom, and terminate the human slave trade? Do you think the decent folks in Hispanic communities could buy into this message and outreach?  Do you think that conservative Hispanic families would feel safer and thus more open to Republicans?  Do you think that the religious communities would see value in supporting these Republican values and principles?  I think the answer would be yes.

It’s time to change the game.  For Republicans to become a credible alternative in the Hispanic and Asian communities in Texas, our “solution” must be on a fundamental level that will impact minority Texan’s lives and families.  We need to change the narrative from how do we compromise over illegal immigration to a positive message of caring for minority communities that have suffered from the ills of an unsecured border and broken immigration system.  We must reject false choices such as the Texas Solution and craft fundamentally sound policies and positions that fall back on founding principles such as the protection of Life…Liberty…and the Pursuit of Happiness for all Texas communities.  We must not allow our Hispanic and Asian populations to fall into despair by failing to address a major root cause of crime and human misery in their communities.  If Republicans believe in the principles of economic freedom, personal freedom, and the hope for a better tomorrow, then by God, they should start acting like it.