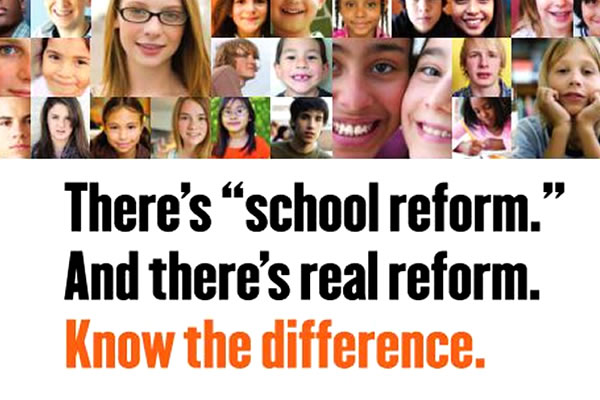 FORT WORTH, TX – Tonight we had an inquiry about who the “Raise Your Hand” organization is after the organization put out a full page ad in the Ft. Worth Star Telegram.

Below is the ad, in case you run across it in your neck of the woods. It is interesting to note the family connection. Bill Ratliff is the father of Thomas Ratliff illegal SBOE elected official and Bennett Ratliff, freshman State Representative, Speaker of the House Joe Straus put on the Education committee.  Looks like the family business is doing well and entrenched in Texas Education and Politics.

Below is an article by Donna Garner from February 18th, 2007 who I thank God for everyday for helping us to connect the dots.

“Raise Your Hand for a Hand Out” – By Donna Garner

Ex-Texas Senator Bill Ratliff and Ex-Texas Commissioner of Education Mike Moses must believe that Texas citizens are all brain dead. These two men evidently think we have forgotten their role in Texas’ public school problems.

Ratliff and Moses are continuing to swill from the education trough by forming a new organization called Raise Your Hand to pressure the people for more tax dollars for Texas’ public schools. Have these two gentlemen any credibility on the subject?

Due to SB 1, Texas teachers have lost control over their day-to-day instruction and instead must follow the poorly constructed Texas Essential Knowledge and Skills (TEKS) standards.

The English / Language Arts / Reading TEKS are particularly egregious because they are not explicit, measurable, or specific for each grade level; and the curriculum requirements listed in the ELAR/TEKS are much too numerous for a teacher to cover thoroughly in a year’s time. Therefore, teachers flit from one TEKS element to the next, never really having time to make sure students gain mastery.

It is these poorly written standards (the opposite of back-to-the-basics curriculum requirements) upon which the much-despised TAKS tests are based.

As the author of SB 1, Ratliff is also responsible for taking the authority away from electedlocal school boards and placing that power into the hands of unelected superintendents.

Local school board members’ duties have basically been reduced to (1) hiring and firing the superintendent, (2) buying and selling property, and (3) setting board policy (e.g., those items which involve board members themselves — elections, vacancies on the board, travel and reimbursement policies, etc.).

At the state level, Ratliff tried for years to replace the elected State Board of Education (SBOE) with an appointed one. Appointed boards really do not care what voters want. They will do the will of whoever appoints them and of the lobbyists who orchestrate from a distance.

Ratliff’s SB 1 reduced the authority of the elected SBOE and enhanced the power of theunelected Texas Commissioner of Education who at the time was Ratliff’s joined-at-the-hip ally, Mike Moses.

Ratliff always pretended that the SBOE had lost control over textbook content; and until Attorney General Greg Abbott’s 2006 opinion, the SBOE was shut out of fulfilling its lawful responsibilities. For eleven years the Board labored under Ratliff’s false interpretation; and during that time, numerous inferior textbooks were placed in front of our Texas students.

Ratliff is a registered lobbyist (http://www.ethics.state.tx.us/dfs/loblists.htm) and has made large sums of money from a number of clients including the Texas Association of School Boards (TASB). Having retired from the Texas Senate in 2003, he began representing TASB on May 10, 2004. That year he received up to $99,999.99 from TASB, and again in 2005, and 2006.

Because the TASB dues come from public funds, we taxpayers are actually paying TASB to lobby Legislators for more school funding so that our taxes will increase. We are paying to lobby ourselves!

As Texas Commissioner of Education, Mike Moses oversaw the creation of course standards (TEKS) which have proven dysfunctional, particularly in English / Language Arts / Reading (ELAR). Now the Texas State Board of Education and the Texas Education Agency are trying to undo the damage by rewriting these TEKS.

The public tends to vent its wrath against the TAKS tests, but TAKS tests are based on the faulty TEKS. If the foundation (TEKS) is weak, then the house (TAKS) built upon that foundation cannot stand.

This constant emphasis on the TAKS is destroying teachers’ creativity and students’ interest in school, thus contributing to the drop-out problem. According to Jamie Story, education policy analyst at TPPF, “Every hour of every school day, 93 students drop out of Texas public schools.”

It is disingenuous of Moses to expect the taxpayers to pour more money into the public schools to fix the mess that he helped to create.

Meanwhile, Moses received the highest superintendent’s salary in the nation ($340,000 per year, excluding benefits) even though eleven school districts in the country were larger than Dallas ISD.

When the DISD problems began to surface in 2004, Moses resigned and walked away with an additional $480,850. Along with his ongoing and lucrative superintendent search business, he now receives a yearly TRS pension of $224,400 per year. Note that Moses’ wealth comes from taxpayers’ dollars.

Instead of expecting the taxpayers to pour more millions into our public schools, why not expect the schools to live within their means.

Before the last legislative session, Texas was already spending over $10,400 per public school student (http://www.governor.state.tx.us/priorities/education/facts_figures), and those figures have increased substantially since then. I agree with Peggy Venable of Americans for Prosperity who has said, “Texas schools do not have a funding problem. We have a spending problem.” Case in point: The education dollars heaped upon Ratliff and Moses by our state —

MY QUESTION TO RATLIFF AND MOSES

Sen. Ratliff and Dr. Moses: Before we taxpayers decide to support Raise Your Hand with you two altruists at the helm, how about disclosing your lobbying contracts (and benefits) with the companies who stand to profit if more taxpayers’ dollars are given to the public schools?