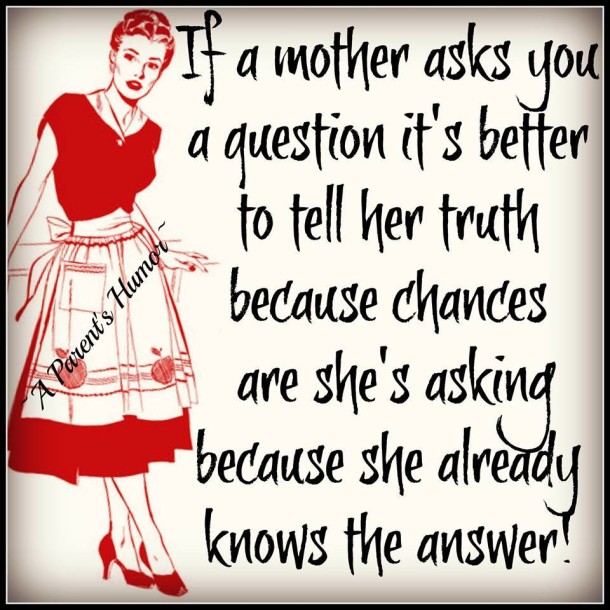 The Amendment Touted by Senator Ted Cruz and His Supporters, Ostensibly to “Help” Parents by Giving Them a “Tax Break” for Homeschooling Their Children, is UnConstitutional and Should Not Become Law.

Senator Cruz, and those who urged him to do this, such as Home School Legal Defense (HSLDA), have made a big mistake. They purportedly want to help parents, but they actually put parents in jeopardy.

In short, either Senator Cruz, is well-meaning and was duped into thinking a “tax break” from the IRS for parents who homeschool is a good thing, or, he and his supporters didn’t think things through. Or, even worse, they did think things through and actually want homeschooling parents to be lumped in with other folks who are under the tentacles of the IRS so that they, too, may come under the awesome power of the federal government. Any way you look at it, this definitely is not a good thing for parents.

Mark my words, giving the IRS authority over whether the parents’ homeschool “qualifies” for a “tax break” is not going to bode well for parents.

More to the point, Senator Cruz and his supporters have no Constitutional authority to give such a “tax break” to parents who homeschool, and, as “Constitutional scholars” they should know better.

National Home Education Legal Defense, LLC, (NHELD), long has been opposed to such “tax breaks”, and other proposed federal laws purporting to “help” homeschoolers since the first such law was proposed by HSLDA over a decade ago.

Both HSLDA and NHELD were formed to help parents, and, I’m sure that Senator Cruz and his colleagues in Congress who voted for the amendment to HR1 thought they were “helping” parents, as well. They were wrong.

When they formed this country, the people stated, in no uncertain terms, in the Declaration of Independence, that by our very existence, we are endowed by our Creator with certain “unalienable rights”. You know, rights that already exist and that no one can take away. We may voluntarily give some of our rights and powers away, but no one can take them away by fiat.

Please note: the people NEVER gave any of their rights to the upbringing and education of their children to the federal government.

Now, given those historical, and undeniable facts, why is it that the Constitutional lawyers in HSLDA, and in the Senate, such as Senator Cruz, apparently do not understand them?

If they did understand this very simple principle, why did they support and adopt the amendment to HR1 allowing the IRS, i.e., the federal government, to have power over what parents can, and cannot, do with their own money spent on the education of their children?

The federal government simply has no authority to have anything to say about the rights of parents, even if it is only purportedly to “help” parents with a “tax break”.

You might wonder how the federal government, nonetheless, already has adopted so many laws already regarding the education of children. It is very important that people do wonder why that is.

Now, it appears, however, that, with the backing and promotion of HSLDA, Senator Cruz and his colleagues in the Senate, successfully proposed and adopted an amendment to HR1, that similarly is unconstitutional, and that now DIRECTLY regulates the rights of parents regarding the education of their children, by providing a direct “benefit” to them. A benefit that has unknown, but potentially, very negative, long-term consequences, despite its innocuous and beneficial sounding language.

No matter how good a law sounds, or how “beneficial” it is to any particular person, the fact remains, the law may be either constitutional or unconstitutional. The federal government either has the specifically enumerated power to do that which it deems “beneficial”, or it does not have the specifically enumerated power to do it.

Here, the federal government simply DOES NOT HAVE THAT SPECIFICALLY ENUMERATED POWER to do it. The amendment simply is unconstitutional.

Aside from that fact, the consequences of allowing a federal agency to intrude, in any way, shape or form, on the unalienable right of parents regarding the education of their children are enormous. If a federal agency does not already exist to “implement” a law adopted, one inevitably will exist to do so. In this case, the Internal Revenue Service has been designated to implement this law.

Think about that. That means that the IRS, with all its power and might, now will determine who “qualifies” for this new federal “grant” of tax exemption, and under what circumstances and conditions they “qualify”. How will the IRS do that? Anyway, it deems appropriate. Does that mean that the IRS can ask you now to furnish information about how you homeschool, about what curricular materials you use, about your child, whether your homeschool is treated as a homeschool or a private school for purposes of State law, whether your child is dual enrolled, and what educational therapies your disabled child is receiving, all in the name of determining whether you “qualify” as homeschooling, whether your curriculum and materials “qualify” as legitimate educational expenses, and whether your child “qualifies” as a “designated beneficiary”? Of course, the answer is “Yes”. Could it also mean the IRS could audit you regarding the expenditures you made for the education of your child?

Again, the answer, undoubtedly, is “Yes”. Did Senator Cruz, his colleagues, or any of the proponents of this amendment, such as HSLDA, even consider these consequences before promoting and adopting the bill?

Is this really what the people want?

Is this not an extreme example of unconstitutional infringement on the unalienable rights of parents and children?

Just exactly where in the Constitution does it say that Congress, let alone the IRS, has the specifically enumerated power to do any of that?

Given that the proponents of this amendment consider themselves to be Constitutional scholars, why don’t they know there is no such Constitutional authority?

Or, do they know, and simply don’t care?

Could someone please explain that? It simply makes no sense whatsoever.

Thank goodness, it is not to late to correct this, however. The Senate adopted this unconstitutional amendment, but HR1 still has to be reconciled with the House adopted version of the larger bill. Let us hope that this amendment does not survive to become law.

Read the Constitution for yourself, think about it, and make your own decision about whether or not you want to allow this unconstitutional amendment to survive.

In any case, please provide this information to all of your Senators and Congressmen, and to President Trump.

Ask them to act only when they have the Constitutional power to do so. 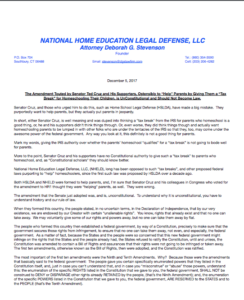