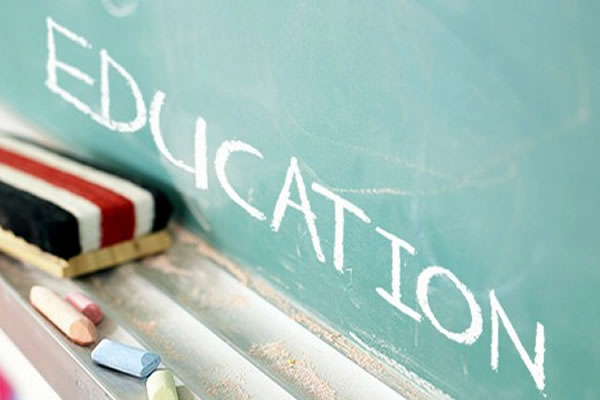 ALERT: The TX Education Bureaucracy at Its Worst

I have just been alerted that HB 2836, which was already a terrible bill, has been amended to create a devious mechanism to go back into the already-adopted Texas curriculum standards (TEKS) and change them. No doubt this committee substitute is a creation of the Ratliff clan and Raise Your Hand.

If adopted, the committee substitute to HB 2836 would create an interim study of the TEKS; but out of the 14 members on the study committee, only 2 would be SBOE members who really have a grasp of curriculum standards, testing, and instructional materials.

This means that at least 8 would be politicians from the Texas Legislature, and we have already seen how vulnerable they are to being manipulated by the education bureaucracy.

The four added people from the public could easily come from the education bureaucracy.

The end result is that the 2 SBOE members could find themselves in a lonely corner while the other 12 who are tied to vendors and/or lobbyists could control the curriculum standards (TEKS) put into our public school classrooms!

The only thing that has kept Common Core Standards from flooding into every Texas public school in our state is the Type #1 TEKS adopted by our Texas State Board of Education beginning in May 2008.

CSCOPE is Type #2 and has managed to slither under the radar into 70 % to 80% of our Texas public schools, but we citizens working alongside some of the Texas Legislators are making progress in divesting Texas of CSCOPE.  One of the biggest points of leverage that we have to get rid of CSCOPE and also TASA’s iCloud is that they do not align with the Type #1 TEKS.  What would we citizens do if we lost the Type #1 TEKS?

SBOE MEMBERS EXCEPT FOR THOMAS RATLIFF

In most cases (except for Thomas Ratliff who is serving on the SBOE illegally because of his being a registered lobbyist who sells to clients with whom the SBOE and the TEA do business), these SBOE members represent us, “we the people.”  Because SBOE members serve without any remuneration (different from the other elected politicians), most SBOE members care deeply about our public schools; most are very dedicated individuals who seek to serve and not to make money for themselves.

Unfortunately, the Ratliff family (Bill, Thomas, Bennett, Shannon) are heavily vested in Raise Your Hand and in other political entities that have managed to influence our Texas Legislators, particularly during this 83rd Session.

The chair of the House Ed. Comm., Rep. Jimmy Don Aycock, has a daughter who is a lobbyist for Raise Your Hand.

Mike Moses, who has been involved with Raise Your Hand since its inception, has made millions from the education Golden Goose and is also tied to TASA and TASB – the education bureaucracy that wants NO accountability for those millions of tax dollars that we taxpayers put into the public schools.

Thomas Ratliff, SBOE member, is a registered lobbyist for Bill Gates’ Microsoft and has been for over 12 years.  Gates is tied to the Common Core Standards (CCS) and has used his vast wealth to pressure, push, and “drive” the education bureaucracy in our country to adopt the CCS.

Remember that it is Gates, Ratliff, and many other vendors/lobbyists who stand to make a fortune from CCS since the entire initiative will be conducted using technology and digitized systems/software/hardware/databases.

Our own Texas Legislature just voted last week 140 – 2 NOT to adopt the CCS; but if the Legislature votes for this committee substitute to HB 2836, the type #2 philosophy of education that permeates Common Core Standards could become the required curriculum standards for Texas!

Texas has already fought the battle at the SBOE level to adopt new Type #1 TEKS in English/Language Arts/Reading, Science, Social Studies, and Math. These were huge battles and huge victories that went on from 2006 – 2012.  It is upon those new Type #1 curriculum standards that the STAAR/End-of-Course tests have been based.

[To understand what Type #1 and Type #2 means, please go to: http://educationviews.org/duped-through-ignorance-or-intent-texas-legislators/ ]

Various SBOE members from both sides of the aisle and other trusted reviewers have taken the actual STAAR/EOC tests.  Even though they had to sign legal agreements forbidding them from sharing test questions, etc., these people have been allowed to testify that the tests do align with the Type #1 TEKS.

In other words, the STAAR/EOC’s do follow the Texas Education Code already; we do not need any more legislation nor any more meddling, tinkering, or interference by the Texas Legislators.  The laws are in place and are being followed.  Texas was on its way to authentic education reform until this 83rd Legislative Session decided to intervene and micro-manage what was already an excellent New Plan.

Texas’s New Plan that was begun in May 2008 contains Type #1 TEKS, Type #1 STAAR tests at each grade level (3 -8), Type #1 STAAR/EOC’s in each of the high school core courses, and 4 x 4 graduation requirements which make sure that all students who graduate under this New Plan have a sound foundation in basic and logical/analytical thinking skills.

So far this New Plan only applies to the 10th graders on down; but in time, all Texas graduates who walk across that stage will be equipped to be high-information voters and citizens.

None of us should have any doubts about what is at stake here: the future of our country and the future of our school children.  Please call every Texas Legislator and tell them all that if they dare to vote for HB 2836, HB 866, SB 3, SB 1724, and HB 5, we will hold them accountable and responsible for the destruction of tearing down Texas’ chances to lead the nation in authentic education reform.

Below is the most egregious part of the committee substitute to HB 2836 that was introduced at yesterday morning’s Senate Education Committee meeting.

Excerpts from the Committee Substitute to HB 2836

ASSESSMENT  INSTRUMENTS. (a) An advisory committee shall be established to conduct a study regarding the essential knowledge and skills of the required curriculum and assessment instruments administered        under Section 39.023 to students in grades three through eight.  The committee must be composed of:

(3)  two members of the public appointed by the speaker of the house of representatives; and

(4) two members of the State Board of Education appointed by the chair of the board.

(1)  the number and scope of the essential knowledge and skills of each subject area of the required curriculum under Section 28.002 and whether the number or scope should be limited;

(2) the number and subjects of assessment instruments

(4) whether assessment  instruments described by

Subdivision (2) should assess only essential knowledge and skills or should also assess supporting standards.

(c)  Not later than October 1, 2014, the committee shall prepare and submit to the governor, each member of the legislature, the commissioner, and the State Board of Education a report that includes the results of the study and recommendations regarding each issue evaluated under Subsection (b).

HB 2836 and HB 866 would destroy the writing abilities of our Texas students because parents would not know how well their children are learning writing techniques including good spelling, grammar, usage, punctuation, capitalization, expository/persuasive content, etc. until students take their first high-stakes writing test in 9th grade:  http://educationviews.org/texas-legislators-determining-students-fate/