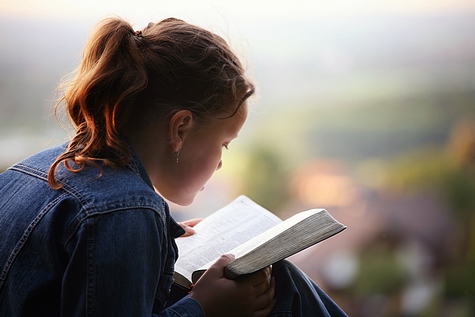 If a person wanted to destroy our American culture, keep this generation from communicating effectively with older generations, and make sure today’s children grow up detesting America instead of valuing our nation’s American exceptionalism, the best plan would be to implement the Common Core Standards (CCS) into every school in America.

That is exactly what Obama and his administration are trying to do, and 45 states (plus D. C.) originally committed to the CCS (before the standards had even been released publicly).  However, because of a groundswell of negative responses from the grassroots, a large number of states are now rethinking their commitment to the CCS.

TEACHERS REQUIRED TO DO…

As directed by the CCS, teachers have to make sure that by the time students graduate in 2014, 70% percent of books studied must be nonfiction (i.e., informational text); and those nonfiction selections must be taught in a “close reading” process.  That means students must not be given any background information or historical significance of a nonfiction piece before reading it.  For instance, the Declaration of Independence must be presented devoid of what was occurring in the United States at the time this monumental document was written, leaving students with a shallow understanding of the courage and revolutionary spirit that moved the signers to voice their opposition to tyranny.

Just as importantly, how many English teachers could possibly cover the great classic pieces of fiction literature in only 30% of classroom time?  None.  For instance, it takes at least four to six weeks in English I to cover Great Expectations, which is one of the most outstanding, applicable, and character-building books for early-high school teens to read.

THE DESTRUCTION OF FICTIONAL CLASSICS

As Dr. Sandra Stotsky recently explained about the CCS:

The reading standards for ELA are divided into 10 informational [nonfiction] standards and 9 literature [fiction] standards. That division goes from K to 12. It affects high school English as well as middle school English.  It means that over 50% of the reading instruction must be devoted to informational reading and less than 50% to poetry, drama, and fiction.http://whatiscommoncore.wordpress.com/2013/05/06/dr-stotsky-sets-th…

Dr. Stotsky as quoted on the Heritage Foundation website:

This misplaced stress on informational texts (no matter how much is literary nonfiction) reflects the limited expertise of Common Core’s architects and sponsoring organizations in curriculum and in teachers’ training. This division of reading standards was clearly not developed or approved by English teachers and humanities scholars…

Common Core’s damage to the English curriculum is already taking shape. Anecdotal reports from high school English teachers indicate that the amount of informational or nonfiction reading they are being told to do in their classroom is 50 percent or more of their reading instructional time—and that they will have time only for excerpts from novels, plays, or epic poems if they want students to read more than very short stories and poems (12.11.12 —http://www.heritage.org/research/reports/2012/12/questionable-quali… )

Even more basic, do the Common Core Standards teach children to read well at all?  No, the CCS do not.

In K-3, explicit and systematic instruction of decoding skills (phonics) is lacking; and goals for the independent mastery of these skills are not set nor expected.  In fact, not one of the CCS objectives on phonics and word analysis skills requires students to apply their decoding skills by reading independently and accurately unfamiliar words in and out of context.

Nonfiction/informational text is weighted heavily at all grade levels K-12 while fiction is given short shrift.  Teachers and test makers are given no substantive standards as to how to select nonfiction/informational text and, thus, are not held accountable to select literary pieces of quality and significance.  In K-12, there are only two standards (Grades 11 and 12) that even mention American literature.

“Reading to understand” and “use information” are commonly used phrases K-12 in CCS; yet teachers are not required to teach students basic concepts such as topic sentences, paragraph development, introduction/conclusion of expository text, and chronological order.  Neither do the CCS contain a clear sequence of informational reading skills from grade level to grade level.

Rather than having students use appropriate dictionaries, the Common Core Standards expect students to learn vocabulary words in context (e.g., CCS.ELA-Literacy.L.7.5a – “interpret figures of speech…literary, Biblical, or mythological allusion”).  However, if students have not read the great literary, Biblical, or mythological pieces of the world, how can they possibly understand the vocabulary words in context?

In the area of composition (i.e., writing), the CCS do not teach elementary students to write persuasive papers (called “argument”) that are built upon informed sources but instead encourage students merely to share their opinions.

The oral and written language conventions (grammar/usage) in K-12 have no logical, cognitive progression from grade level to grade level but instead throw in confusing, stilted terminology at random such as Grade 4:  “Use modal auxiliaries to convey various conditions.”  What fourth grader (and probably his teacher) even knows what that means and much less how to produce it?

Many of the CCS standards are not measurable and contain artificially inflated wording and expectations such as “Analyze a particular point of view or cultural experience reflected in a work of literature from outside the United States, drawing on a wide reading of world literature.”  As Dr. Sandra Stotsky stated about this standard, “How much and what kind of reading of world literature must precede the reading of a specific work that is to be analyzed for the author’s point of view?”

The Common Core Standards do not increase in depth and complexity from one grade level to the next.  Many of the standards are simply paraphrased or repeated frequently.  Particularly in the elementary grades where a child’s basic knowledge and skill foundation is put into place, there are not clear goals set that require students to demonstrate independent learning without having to be prompted constantly by the teacher.

Lack of ease with sounding out words automatically destroys a student’s reading pleasure and causes him/her to avoid reading the great classic pieces of the world.  The more the student refuses to read, the “dumber” she/he becomes. While other class members get “smarter” by reading more and better books, the slow readers fall further behind. This is called the Matthew Principle in the world of reading skills.

Of course, stripping away the teaching of the great classics of the world is the point because many are built upon Biblical principles.  If the Obama administration can limit children’s reading skills and destroy their appreciation and understanding of the Judeo-Christian ethic upon which America is built, then these children as adults will be much more susceptible to endorsing Communism, Socialism, Marxism, Islamism, Atheism, or whatever belief system will best destroy America’s God-ordained  place in the world.

No one in the English-speaking world can be considered literate without a basic knowledge of the Bible… All educated speakers of American English need to understand what is meant when someone describes a contest as being between David and Goliath, or whether a person who has the ‘wisdom of Solomon’ is wise or foolish, or whether saying ‘My cup runneth over’ means the person feels fortunate or unfortunate.  Those who cannot understand such allusions cannot fully participate in literate English.

The Bible is also essential for understanding many of the moral and spiritual values of our culture, whatever our religious beliefs. The linguistic and cultural importance of the Bible is a fact that no one denies.

No person in the modern world can be considered educated without a basic knowledge of all the great religions of the world — Islam, Confucianism, Taoism, Buddhism, Hinduism, Judaism, and Christianity.  But our knowledge of Judaism and Christianity needs to be more detailed than that of other great religions, if only because of the historical accident that has embedded the Bible in our thought and language.

Probably the strongest reason to teach the Bible as literature is that almost all of the literature which scholars consider worthy of study was written by people who knew the Bible.  The Bible’s language, importance in society, and teachings permeate the majority of English works that are extant today.  Shakespeare’s education revolved around Bible study.  Try to find one of his plays that does not contain Biblical allusions.  Charles Dickens’ novels are replete with redemption allusions (e.g., ‘I am the Resurrection and the Life’ from A TALE OF TWO CITIES).

How will students be able to understand the writings of religious persecution if they do not know what the Bible says and how it was being interpreted by the various groups?

How can students understand the prejudice faced by Isaac the Jew in IVANHOE if they do not have a knowledge of Old and New Testament?

Students without Biblical knowledge will wonder why Gwenevere should be condemned to be burned for committing adultery against her husband King Arthur.

What would be so important about finding the Holy Grail if students did not know the crucifixion story?

How will students feel the torment of Daniel DeFoe and of John Bunyan, whose wife’s dowry was her Bible which she used to teach John how to read?  (the end of excerpts taken from E. D. Hirsch, Jr., “The Dictionary of Cultural Literacy”)

Following are various literary allusions that saturate our American culture on a daily basis.  Unless students read and study these great pieces of literature that have connected each succeeding generation with one another, how will today’s students be able to stay connected with their historical past and be able to appreciate our American way of life?

Many important themes, concepts, and symbols are based upon Biblical literature:

God as a Power

Courage in the face of great danger

The following is a partial list of the Biblical references with which students must be familiar in order to be considered well-educated:

The following Spanish literature is taught as a part of the Advanced Placement curriculum and is filled with Biblical allusions:

Reading with ease and comprehension forms the cornerstone upon which success in all other school courses is based.  Reading the literary classics takes time but opens doors of opportunity and understanding for students.  The study of the Bible as literature is fundamental to a student’s education.  Biblical allusions exist in the classics as well as in modern literature.  Including the study of the Bible gives students a broader understanding of the major works that they will read in school and later in life.

Because the Common Core Standards diminish time spent on the great classic pieces of the world, many of which were written by authors “who cut their teeth” on the Bible, students who largely study informational text through the “close method” will lack an understanding of American exceptionalism.  We as Americans must not allow this to happen to our children and grandchildren who are the future of this great nation.