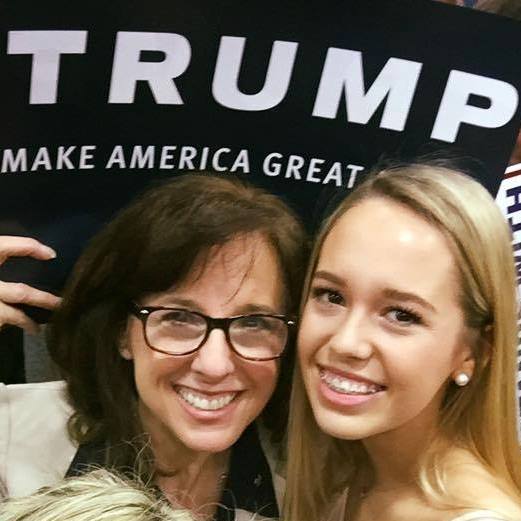 Start by watching this short video –

There is a fundamental transformation happening in education through self-described, “change agents”.

Is it a National Security Threat? 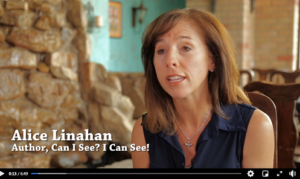 Alice Linahan and Frank Gaffney on Civilization Jihad and the Common Core from Alice Linahan.

As defined in the book ‘Sharia, a Threat to America’– “Civilization jihad is a form of political and psychological warfare that includes multi-layered cultural subversion, the co-opting of senior leaders, influence operations, propaganda, and other means of insinuating shariah gradually into Western societies.”

In the West, a fundamental shift is beginning to be felt, as the American idea of individual freedom clashes with the political purpose of control and submission. The outcome will depend on if individuals refuse to submit.

There is a reason why they [Congress] had to get the Workforce Innovation and Opportunity Act (WIOA) [passed July 2014] and the Every Student Succeeds Act (ESSA) [re-authorized into law Dec. 2015] passed before the 2016 election. These federal laws are what locked the global transformation of education “SYSTEM” in place. The structure that is being built is designed to lock together in “engrenage”(french for gears) fashion, a type of ‘Progressive Federalism’ vs Constitutional Federalism. Meaning the global vision behind it will be in place whether the implementation point is at the federal, state, or local level. The nail in the coffin of freedom and local control is “School Choice” which will dismantle traditional public schools in favor of charter-like structures (public-private partnerships) that will be forced to generate student data for corporate profit,  state and federal control.

Social and Emotional Learning (SEL) is now mandated federally through (ESSA) and through character competency-based learning, coming in through (WIOA). This is significant when you learn that the Arabic word “tarbiyah” means education for Total Human Development. As noted on the Women on the Wall, Communication Team Conference Call by an attorney, Robin Eubanks, author of ‘Credentialed To Destroy’, Arabic terms have already been developed to follow the Whole Child/ Community Engagement, Workforce Learning Outcome-based model of global education.

For example, here are two Arabic words for practices and goals we see in all of our classrooms now as the focus of student-centered learning.

* Shakhsiyah means personality/identity and the idea is that classroom practices should nurture it. Much like metacognition and the ASCD Whole Child Emphasis and Restorative Justice practices in each classroom as part of a mandated Positive School Climate.

* Halaqah, a Narrative Inquiry method rooted in a participative, collaborative, dialogic, and spiritual reflexive conversation with autoethnography. It is designed to create “Thinking Skills”.

The founder of the Muslim Brotherhood, the late Hassan Al-banna adopted the term Tarbiyah, not only for spiritual enhancement, but it was also developed as a way to transfer Islamic knowledge and skill to his followers. Al-banna’s Tarbiyah manifested by forming religious circles or “usrah” families, which he believed were essential to guiding Muslims to live in accordance with Islam.

As stated in this ICOCI “Visionary Model of an Islamic Learning Community” http://www.icoci.cms.net.my/proceedings/2011/papers/86.pdf

“The only way to alleviate the Muslim from the current situation is education. One important fact to be highlighted is that the Muslim must return back to the basics in order to elevate their position in today’s complicated and challenging world. All Muslims regardless of social background must be firmly grounded to the true principles of Islam (Tauhidi, 2001).”

USRAH SYSTEM: AN ISLAMIC MODEL OF LEARNING COMMUNITY
The word usrah today is very familiar among the Islamists as an Islamic education medium.

The Tarbiyah Project was founded by Dawud Tauhidi, who studied at Lehigh University and later studied Arabic” at U-Penn. In 1980, he graduated from the famous al-Azhar University in Cairo where President Obama chose to go to address the Muslim World. His degree was in Usul ad-Din and Tauhidi’s masters and Ph.D. in Islamic Studies are from U-Michigan.

On Robin Eubanks’s blog, Invisible Serfs Collar, she states that the Michigan Ed standards are said to reflect the Tarbiyah Project.

When you line up the Tarbiyah Project against the rebrand of Common Core, now known as College and Career ready Competency-based personalized education, it is easy to see the agenda of “civilization Jihad” at work, as stated in these quotes.

“promotes the inspiration and transformation of students through the process of teaching and learning in order to transform the world in the future. It has integrated the national curriculum with Islamic principles and output of a ‘brain-based research’. Hence, it avoids pure rote learning and makes learning more meaningful using students’ ability to think and comprehend.”

Whoever controls the assessment, controls the curriculum. Interesting to note this taqdeer–formative assessment as crucial means of measuring growth toward Allah. http://isf.education/education

As stated in this article: America Is Getting Bamboozled With Betsy Devos! She Is All In On The True Agenda: Cradle To Grave Workforces Of Tomorrow 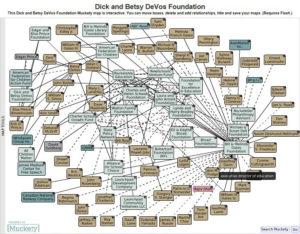 It has been documented that Betsey Devos is closely tied to Jeb Bush. DeVos has served on [Jeb Bush’s] foundation’s board of directors.

So, let’s look at some of the “21st Century Learning” initiatives Betsey Devos and her husband Dick are funding.

To be clear, Michigan has the most concentrated Muslim population outside of the Middle East. This is in large part because of an organization called the Arab Community Center for Economic and Social Services (ACCESS), based in Dearborn, Michigan. ACCESS is the largest social services nonprofit org in the nation and was founded by Ismael Ahmed. As noted here, where it is shown Ahmed was running for the MI Board of Education, “Ismael grew ACCESS into a national human service and advocacy agency with affiliates in 24 cities.”

ACCESS is funded by the Dick and Betsey Devos Foundation along with Bridges at School.

Bridges at School is a topical curriculum developed for American middle school classrooms. Contextualizing the Arab World and providing a unique series of both critical thinking and creative exercises that shed light on the rich historical, scientific, mathematical, religious, and cultural legacy of the region, this program focuses on the themes of global citizenship and identity through a series of analysis-based activities. Bridges at School highlights poetry and values-based paired texts; fashion and style; visual art; food and spice; drama; music; language; medicine and science; and media. Activities are available free of charge via the online platform NextLesson.

Diana West, author of enlightening books such as The Death of the Grown-Up, and “American Betrayal: The Secret Assault on Our Nation’s Character,” coined the phrase “Root Crisis”. West goes on to describe it as “Crises are what we read about in the headlines,” ”Root crises,” however, don’t make headlines, are never addressed, and are rarely articulated, especially by elected officials and others with lawful authority or even media platforms. For this reason, the crises that grow from root crises only multiply, and are never dispatched.”

By addressing the facts and not propaganda, we can begin to expose the “Root Crises” of the implementation of “Civilisation Jihad”.

Funding: The money trail of billionaires and how they are choosing to be the “change agents” in education; as Jeb Bush described Betsey Devos in a statement on her appointment to the position of Secretary of Education. This description goes a long way in uncovering the “root crisis” facing our children in their classrooms. This is happening in every classroom; public, private, and charter when the tactic of “School Choice” is used to access every student in America.

I guess now the question is, what are we going to do about it? As I see it, the appointment of Betsey Devos is not only a bad choice, but is in fact, a National Security threat. When you see who other “Change Agents” are [Bill Ayers] for example, who are implementing this fundamental transformation in the world, that threat becomes much more clear.

Qatar International Foundation which funds the “Connect All Schools” program. According to their website….

“In a historic speech in Cairo, Egypt in June 2009, President Obama expressed his desire to “create a new online network, so a young person in Kansas can communicate instantly with a young person in Cairo.” Since then, the Secretary of State and Secretary of Education have both emphasized the importance of learning other languages, gaining a global competency, and traveling to other countries. A number of organizations linking US schools with others around the world are coming together in a new “Connect All Schools” consortium to meet a very specific goal: to connect every school in the US with the world by 2016.”

So who is behind the International Qatar Foundation?

Vartan Gregorian, president of Carnegie Corporation, formerly served as president of Brown University. In 1996, Gregorian briefly stepped in as acting director of the Annenberg Institute for School Reform, which was then housed at Brown.

In his role as acting director, Gregorian was instrumental in the creation of the Chicago Annenberg Challenge (CAC). Gregorian selected domestic terrorist Bill Ayers, who personally selected Barack Obama, to work on the board of the CAC. The mission of the CAC was to expand Theodore Sizer’s Coalition of Essential Schools throughout Chicago and surrounding areas.

In addition to his post as president of Carnegie Corporation, an organization that has long funded progressive education initiatives, Gregorian currently sits on the board of the Qatar Foundation.

The Qatar Foundation was started by the founder of Al Jazeera and currently employs the grandson of Muslim Brotherhood founder, Hassan Al Banna, the one who adopted the term “Tarbiyah”.  Despite this and other deep ties to Islamic terrorists, the State Department and the U.S. Department of Education have entered into an extensive partnership with the Qatar Foundation for the purpose of implementing several programs, including the ‘Connect All Schools’ Initiative.

I wrote in ‘A Parent’s Guide through Your Child’s #1 Threat; 21st Century Learning and the Common Core’

3. If your child graduates from college and attains a great, high paying job, but no longer respects – much less believe – that they are worthy of a strong marriage, a free and prosperous country, and that by the grace of God anything is possible – have we done our best to give our children a strong foundation for a happy, joy-filled life?”
Alice Linahan
Texas Mom
Author