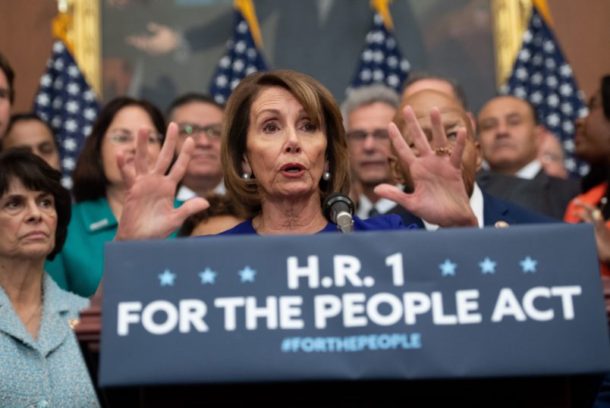 Understanding the tactics used to institutionalize fraud, waste, and abuse. is imperative. And, knowing very nice sounding language such as the “For the People Act” is far from being for the people. In fact, it actually is “for” the people who profit off the backs of the American people using Public-Private Partnerships!!

The definition of the word “tactic” is… “a system or a detail of tactics. a plan, procedure, or expedient for promoting a desired end or result.

Politicians are known for committing unlawful acts, then to cover their tracts they codify into law the unlawful acts they have been paid to commit.

I urge you to go here to learn more. Thank you to my dear friend Lynne Taylor for her amazing work to expose the truth and connecting the dots to the education industrial complex.

Page numbers to feature and published in my article:

Page 52 points out that upon registration at a higher education institution, the student would automatically be registered to vote. Schools must affirm that the students are American citizens to be eligible to vote. Read carefully between pages 52 and 54. By the end of page 54, it appears that enrollment status is tied to an agreement to vote or declining to vote.

Page 56 refers to automatic registration at a higher education institution is an ‘opportunity’. Again, did the Congressional members not read the Constitution?

Page 57 is where secondary education first appears. Here, it’s in the form of education data tracking as laid out in the 2007 “America COMPETES Act” (Public Law 110-69) the real title of this law is ‘‘America Creating Opportunities to Meaningfully Promote Excellence in Technology, Education, and Science Act’’.

Pages 59 and 60 will show that any higher education institution participating in the voter registration is considered a State Contributing Agency. This is where distance learning is embedded.

Page 61 is where the U.S. Secretary of Education is first mentioned as being involved. Page 72 lays out the grant system that higher education institutions can be eligible for as found on Page 73.

Page 94 is where you can find more about voters and secondary education under Part 9, Section 1901 (not to be confused with the Section 1901 mentioned earlier).

Read from Page 94 to 97 very carefully, for it’s here you’ll see the voting age is dropped to 16 years of age and the alignment to the ESSA, Every Student Succeeds Act of 2015 (aka ESEA, Elementary and Secondary Education Act of 1965).

Page 218 is where Section 1901 Subtitle N begins. This ties back to the use of higher education institutions as voter registration points. That stated, this is where the infrastructure and technology changes begin. You’ll find more out on Page 219 to 223. (*Note on Page 223, notice how the education location may be considered the student’s point of registration and not the physical home address or location of the student.) Over on Pages 372 and 373, you’ll find out the costs and other infrastructure/technology updates. The price tag for this part is a ‘mere’ $20 million.

One Page 382, you can see in large print the following: “Subtitle C—Enhancing Protections for United States Democratic Institutions SEC. 3201. NATIONAL STRATEGY TO PROTECT UNITED STATES DEMOCRATIC INSTITUTIONS.” It is here that the U.S. Dept. of Education’s Secretary is included in a planning capacity for saving our democracy’s institutions. Don’t stop there, read on to Page 391 and learn how a new expansion in the federal government is involved!