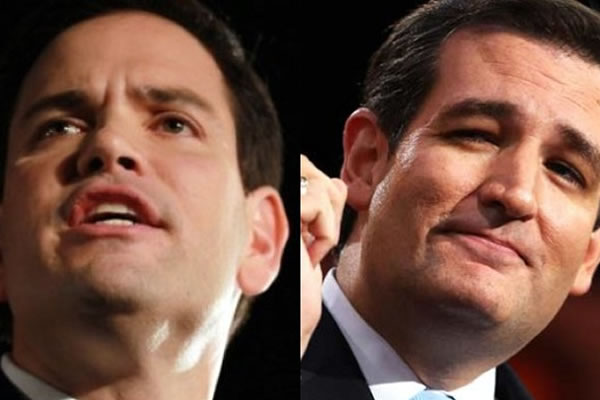 What They Said When They Ran For Office

Why not call and remind them (phone numbers included here)?

2. Corker (202-224-3344): “We need a new immigration policy that reflects America’s values. First, secure this border. Allow people to work here but only if they’re legal. No amnesty. Those employed but here illegally must go home and return through legal channels.”

4. Ayotte (202-224-3324): “For the people who are here illegally, I don’t support amnesty; it’s wrong. It’s wrong to the people who are waiting in line here, who have waited for so long. And we need to stop that because I think that’s where the Administration is heading next.”

5. Flake (202-224-4521): “I’ve been down that road, and it is a dead end. The political realities in Washington are such that a comprehensive solution is not possible, or even desirable given the current leadership. Border security must be addressed before other reforms are tackled.”

6. Hatch (202-224-5251): “We can no longer grant amnesty. I fought against the 1986 Simpson-Mazzoli bill because they granted amnesty to 3 million people. They should have to get in line like anybody else if they want to come into this country and do it legally.”

8. Alexander (202-224-4944): “We cannot restore a system of legal immigration – which is the real American Dream – if we undermine it by granting new benefits to those who are here illegally.”

12.    Graham (202-224-5972): Amid withering criticism from his constituents, Graham — who is up for reelection next year — began to argue that it was time to approach the immigration problem in stages. On Thursday, he likened the decisive vote to pass his amendment to “having been robbed 12 million times and finally getting around to putting a lock on the door.”

13.    Kirk (202-224-2854): “The American people believe our borders are broken. It is a fundamental duty of our government to know who is entering the country, making illegal entry nearly impossible. In the coming Congress, we have an overwhelming bipartisan consensus to restore confidence in the security of our borders — before we pursue other immigration proposals.”

14.    Murkowski (202-224-6665): “With regard to undocumented aliens, I believe that those who illegally entered or remained in the United States should not be granted amnesty. Granting amnesty to illegal aliens sends the wrong message and is not fair to the vast majority of immigrants who abided by U.S. immigration laws. Granting amnesty would only encourage further illegal immigration.”

15.    Chisea (202-224-3224): Joined most other Republicans, including opponents of the legislation, in supporting a proposal — which was defeated largely along party lines — that would have blocked legalization until the government can prove U.S. borders are secure. Chiesa said he sees border security as a top priority given his law enforcement background, and has yet to decide his stance on citizenship for immigrants without authorization.

1. Pryor (202-224-2353): “I voted against the president’s immigration plan today because the border security and enforcement measures are inadequate and the bill fails to effectively address the individuals who are already here illegally.” Pryor says it’s time for changes, “It’s time for a new approach. I advocate that we strengthen and implement the enforcement measures in this bill and show we can fully enforce immigration laws.”

3. Landrieu (202-224-5824): “Sen. Landrieu is a leader in the U.S. Senate fighting against illegal immigration,” Schneider said. “She has fought against amnesty for illegal immigrants and to provide more resources for border security. The new NRSC attack is designed simply to mislead voters about Sen. Landrieu’s record.”

6. McCaskill (202-224-6154): Claire does not support amnesty. As a former prosecutor, Claire believes people who break the law should be held accountable, both illegal immigrants and the employers who exploit them for cheap labor. Claire does not believe we need any new guest worker programs undermining American workers.

7. Stabenow (202-224-4822): Do you support path to citizenship for illegal immigrants? STABENOW: I voted no, because it went too far and cost us jobs. I do think it’s important to have border security and legal system that is fair and effective. My focus is on our jobs that we’re losing because of failed policies.

If that number is busy, you can find direct numbers to all local offices at http://www.senate.gov/general/contact_information/senators_cfm.cfm