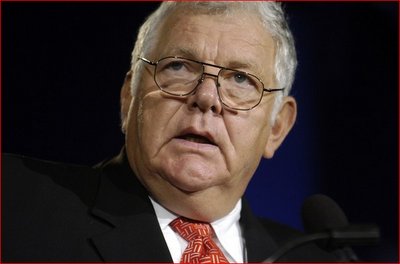 Many have wondered- How could it possibly be that William (Bill) Bennett is supporting Common Core.  In my mind it is like John McCain- He has been in the business of Government for so long he’s bought into the idea that the Government knows best.  What may start out as good intention and even sounds right can lead down a very dangerous path!

It is time to remember the Constitution and the role of the federal government- Or does that go out the window when you own K-12 Education Curriculum and are making money off of the Common Core philosophy of education.

For example Bennett’s idea of the 3 Cs….

While they sound good – is it the role of the Federal government to evaluate, assess and collect personal data on children and their teachers in the name of education research?

Handing our children over to others who think they know best is never a good thing. Even if they have a title of Conservative Republican. When they begin to believe the Federal Government has a role in our children’s education- in the end they end up saying things like…..

SO it is not surprising to learn from Donna Garner that William (Bill) Bennett is out promoting the Common Core.

William Bennett, former U.S. secretary of education, is scheduled to speak an education symposium on Oct. 29 in Tupelo.

The event will be held at the Bancorp South Center. It is sponsored by Lt. Gov. Tate Reeves and the Mississippi Department of Education.

The MDE says the symposium will provide materials to help teachers enact the Common Core educational standards that are set to be used by Mississippi and most other states, starting with the 2014-15 school year.

The full Video of Bill Bennett’s comments are below.