Boots on the Ground Workshops

The Power of Compounding Activists

The political establishment has been extremely successful at pushing their agenda into American communities by driving the narrative. This has been done by controlling the mainstream media and using the Acorn model of going into the community, creating relationships, and organizing messengers to push their agenda using New Media/ Social Media.

When the people are empowered to drive the narrative they can reverse the stronghold of the political establishment therefore affecting the primary and general elections.

The Challenge…
How do we take inside information to the people so they may be empowered with knowledge and can affect the results of local, state and national elections?

The Answer…
We create the environment for good content to be developed from the ground up. We teach members of the group or organization how to aggregate and disseminate information to reach the passive majority.

Based on the idea of the: 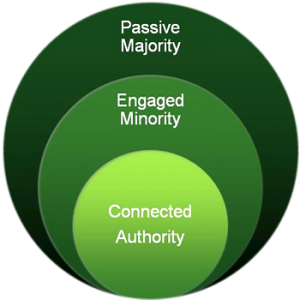 Voices Empower’s Grassroots Boots on the Ground workshop will provide the roadmap for organizations to build a communication team which will utilize new media tools for their group such as:

The goal of the communication team is to become the experts in their local area for news and information. This is done by:

Dissemination of content is done by training the membership within the organization to aggregate stories and information to their sphere of influence therefore reaching the passive majority instead of relying on organization leaders to send information only to the engaged minority via e-mail.

The Result…
By empowering the engaged minority with information and knowledge, they will pass it onto the passive majority resulting in an informed electorate. This strategy will reverse the stronghold of power brokered by the political elite and their candidates PR campaigns and big media buys, taking America back to a Constitutional based government where power is in the hands of the people determined by their informed vote.

Alice Linahan is a respected and well-known New Media expert within the Tea Party movement at the National and State level. During the Boots on the Ground Workshop attendees will learn her techniques, which she developed over the years as an online new media publisher with Voices Empower. She will demonstrate how she is successful holding establishment politicians and the legacy media accountable by getting real stories out to the passive majority.

Alice Linahan: Common Core – Now is our time to Stand Up, Wake up, and Fight Back

Alice Linahan, founder of Voices Empower, at The Future of Conservatism conference, held at the National Press Club in Washington, D.C.