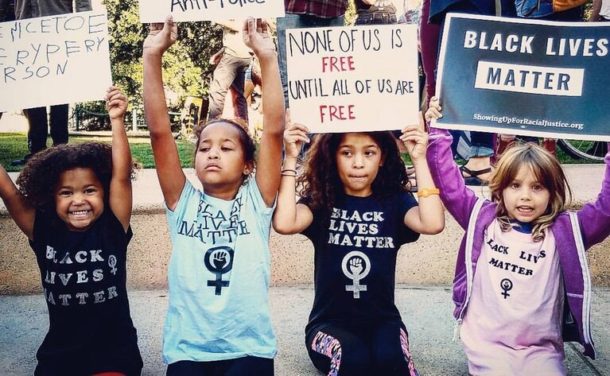 Remember when Texas politicians like Gov. Greg Abbott claimed we did not have Common Core in Texas? They Lied!! In Texas, it is called College and Career Readiness. We all soon found out that it was mandated on school districts through the Texas Essential Knowledge and Skills (TEKS) standards. In fact, Texas did not need to implement the Common Core National Standards. We were a part of the creation of the first College and Career Ready Standards and a part of the American Diploma Project. We have been implementing the templet from the beginning, as I wrote about here back in 2015: Texas Did Not Need Common Core Standards- We Are Ahead of the Curve

Well, our politicians are once again caught in a LIE. You can not create a law forbidding CRT while mandating the teaching of character traits through Social and Emotional Learning (SEL), written into the TEKS. Listen here as a Texas Mom clearly lays it out for her local school board.

It is important to remind local school boards they have the power of the purse. As Texas Mom, Meg Bakich has said, character traits have been taught from generation to generation in schools by teachers in the classroom, at the lunch table, and on the playground. Human to human… No scoring and no defined singular outcomes, and there was no online digital learning.

The problem is in today’s classroom, education technology applications are teaching character traits using computer-adaptive programming, mandating one outcome, one thought process for every student, and then scoring the student on if they are thinking correctly or not, that is totalitarianism. As long as SEL is required to be taught it now is scored. And worse, the teacher has been removed from the process and replaced by computer applications like Purposeful People. Do parents want a software programmer deciding their child’s charter traits? Nudging their child to one predetermined outcome? As long as BIG TECH is in Texas classrooms and TEKS mandate SEL, our students and country are in danger.

Do parents realize that Social Emotional Learning (SEL) is directly tied to EdTech? Mental health data collection and interventions at school are no different than why Facebook was being sued for using Cambridge Analytica to illegally collect Psychometric Dossiers on their users. The collection of sensitive behavioral personality profiles of children by teachers at school is serious because we are not talking about sharing information about if your child knows how to add 2 + 2. Psychological data is not only collected in our schools but the data is used to change your child’s personality….a huge Constitutional issue and parents have no idea what social, emotional, and behavioral criteria are actually being collected, how the psychological techniques will affect their child, or how their personality would be changed. Nor have many parents questioned.

A perfect example is a curriculum called Purposeful People through a program called Character Strong. School districts across Texas are proudly announcing these new curriculums starting this year. School districts are spending millions of our tax dollars, approved by local school boards to implement SEL and in turn Critical Race Theory (CRT.) As stated in the video above…

It may not be titled CRT in the curriculum, but it is being administered under the guise of Social and Emotional Learning. The same agenda, constructs and controversial topics are being presented to our children
with this board’s approval and superintendent’s direction through various educational technology programs.

Karen Niemi, CEO of the company CASEL, Collaborative for academic and social and emotional learning, announced in December her company “has revised its definition of and framework for ‘socio-emotional learning’ to highlight the value of SEL as a weapon for social jus2ce.” She asserts SEL “helps students ‘move from anger to agency and then to action,’ primarily in the cause of anti-racism.”

As seen in this CASEL document which includes multiple references to term “anti-racist.”

And,it is embedded into the TEXAS ESSENTIAL KNOWLEDGE AND SKILLS (TEKS).

Students are expected to develop an awareness of self-identity as well as recognize multiple perspectives, differences and diversity, biases, and the social and cultural context in which they live.

It is also important to note. In section (a)(4) it states – none of this can be done in isolation ( in other words, not to be taught in a stand-alone class) by a trained and certified child psychologist. Below is a PDF link to the Character Traits TEKS


Now is the time for action from parents and taxpayers to push back against the unconstitutional and dangerous federally, and state-mandated behavioral standards. I have been warning and writing about it for years. Well, the chickens are coming home to roost. I wish I had been wrong.