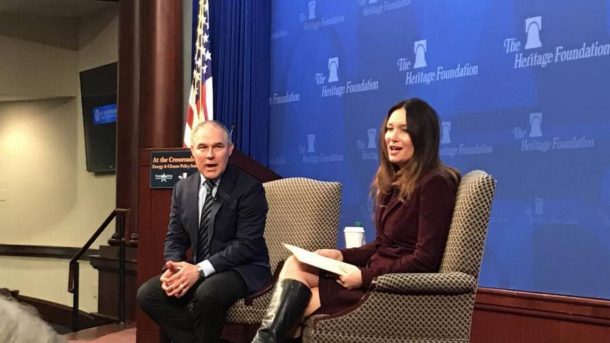 “The Foundation’s mission is to promote and defend liberty, personal responsibility, and free enterprise in Texas and the nation by educating and affecting policymakers and the Texas public policy debate…”

They are very clear to state they do not accept government funds or contributions to influence the outcomes of their research. But, they clearly are funded by those who want to influence the policies, (rules and regulations) and laws passed by state legislators and Congress. Are they using “Deceptive Semantics”?

Do you know the history behind TPPF?

In 1989, billionaire James Leininger founded the Texas Public Policy Foundation (TPPF). In a Houston Chronicle article back in September 1997 Leininger states, he founded TPPF because according to him…

“I realized there wasn’t any intellectual capital in the state of Texas,” Leininger said.

Fritz Steiger, who had been the public relations director for Wal-Mart before he was hired to run  Leininger’s first foundation “Texans for Justice”, said of TPPF, it was modeled off of the national Heritage Foundation. He described TPPF’s work as being… to affect state government policy by swaying public opinion through academic research.

A key issue for Leininger and TPPF is education reform. As noted in the Houston Chronicle…

John K. Andrews, a former president of the Texas Public Policy Foundation, said the foundation’s main mission in the early 1990s became the spread of the private voucher movement.

“The Texas Public Policy Foundation would be the spark plug for national expansion,”

Question- Why is Jeb Bush’s

“According to a paper, ExcelinEd released this week in collaboration with the Texas Public Policy Foundation, Texas Business Leadership Council and Texas Aspires, it has never been more difficult for a Texas charter application to be approved than it is today.”

FOLLOW THE MONEY!! There is a lot of money to be made when you destroy the funding structure of traditional Public Schools through property taxes. And, eliminate those who could potentially say NO, those pesky locally elected school board members. Yes, we are still a “Constitutional Republic”. That is, if we can keep it?

America’s students are now seen as an “investment vehicle”.

Key players, influencing Leininger over the years are economist and politician, former Sen. Phil Gramm, and his wife, economist, Dr. Wendy Lee Gramm, who is currently the chairman of TPPF.

Have you ever heard of the Glass–Steagall Act of 1933?

Interestingly, the Glass Steagall Act of 1933 was repealed in 1999 with the help of then-President Bill Clinton and Texas Republican (formerly a Democrat) Senator Phil Gramm. The excuse they used, free markets which any liberty minded person would agree with, but was actually an excuse to allow banking, Wall Street, Insurance (global insurance) to have a field day.

“From 1933 to 1999, there were very few large bank failures and no financial panics comparable to the Panic of 2008. The law worked exactly as intended. In 1999, Democrats led by President Bill Clinton and Republicans led by Sen. Phil Gramm joined forces to repeal Glass-Steagall at the behest of the big banks. Aug 27, 2012”

As I see it, there are some deceptive semantics being pushed by the Texas Public Policy Foundation.  They espouse a mission of liberty, individual responsibility, and free enterprise, all the while, pushing public-private partnerships and blended funding within a “Captive Market”, along with government regulated “consumption based” education (which is merely Jeb Bush’s Education Savings Account (ESA) legislation. They are, in reality, the antithesis of freedom, liberty, and local control.

It is ALL about access to federal $$$ and controlling the American workforce within a global workforce model.

Unfortunately, President Trump is surrounded by those who see our children as their “Human Capital” and as an “investment vehicle”. As seen by his proposed merger between the departments of Labor and Education. The Trump proposal is a bi-partisan continuation to shift the role of education in America. Frankly, from freedom of an individual to innovate and prosper as noted here by Nicholas Tampio, to control by the government’s public/private partnerships with global business interests.

I have a question for President Trump- Do you support Jeb Bush’s ExcelinEd yellow scarves School Choice Week? Which, by the way, is the same thing Obama was pushing, he just called it National Charter School Week. The end game is the same. A loss of parental rights and true local control. Along with the collection of private student data that will be used for online adaptive assessments and instruction to modify the attitudes, values, beliefs, and behaviors of American students by third-party public/private partnerships, who will then profit from the unethically and illegally obtained student data.

Education Reformers on both sides of the political aisle are going full force. Texas Public Policy Foundation is at the heart of the Global Education Reform movement, right along with Jeb Bush.

Brook Rollins, formerly, the president and CEO of the Texas Public Policy Foundation currently serves as assistant to President Donald Trump in the Office of American Innovation.

As a side note, Rollins worked for Tom Luce’s firm. Luce was a key advisor to George W. Bush. “He served as U.S. Assistant Secretary of Education for Planning, Evaluation and Policy Development during the George W. Bush administration.”  Currently, Tom Luce is a Consultant and Founding President at Meadows Mental Health Policy Institute.

The Texas Public Policy Foundation now has an office in Washington, DC.

Jared Kushner, President Trump’s son-in-law, now leads that office. Under Trump, it was re-established and re-named the Office of American Innovation. https://en.wikipedia.org/wiki/Office_of_American_Innovation 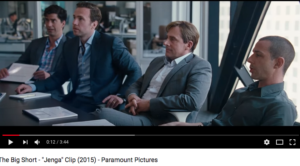 I do not know if President Trump or his son-in-law have any idea the groundwork that has been laid before they arrived in Washington by Obama, George and Jeb Bush, Bill and Hillary Clinton along with Phil Gramm and others who have destroyed our education system, intentionally, so they can rebuild it using Public/Private Partnerships financed through Social Impact Bonds (SIBS) also known as Pay for Success (PFS) or “Blended Funding”. Many will profit off the backs of our children and their teachers. All while harming countless numbers of our children in the process, along with the real intention of equalizing America in the world. Not, making America Great Again.

I strongly encourage you to follow the important work of Alison McDowell over at www.WrenchintheGears.com

Then the question is, who is willing to step up and protect American students from Pre-School through the workforce?

As Anita Hoge warned us- Obama and Jeb Bush’s Equity in Education plans for our entire country have been clearly laid out:

• every test must be aligned to these standards:

• curriculum and software is aligned to standards:

• everything listed here is aligned to government data collection compliance. 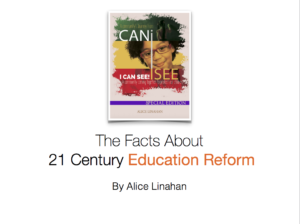