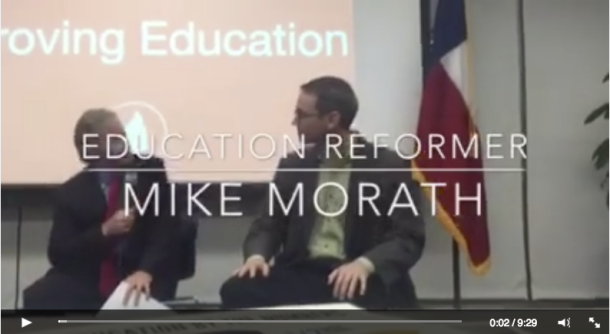 As a Mom in Texas; my husband and I do not get the right to educate our children from the State or Federal Government. By buying into the false narrative pushed by “School Choice” education reformers, as parents, we are handing our rights over to the state and the federal government.  In doing so we allow the government to regulate what our children will learn in school, how our children will be taught in school, and who will financially gain by the public/private partnerships and personal data collected by the education of our children off the products produced from that data. Our kids are seen merely as “guinea pigs” and “human capital” by education reformers and elected officials like Mike Morath and Gov. Greg Abbott.

As parents, we do not get the right to educate our children from the government, it is an inalienable right, given by GOD!

As I have said before, my friend Michael Bohr nails it with this quote.

By the way, “choice” is no “choice,” because all schools are now legally,  aligned to the 21st Century/Universal Design for Learning/Workforce Development (WIOA) Workforce Innovation and Opportunity Act/ College and Career Ready standards, controlled by the Federal Government.

It is a very sad time in Texas. We can now officially kiss our traditional public schools goodbye, along with our locally elected school boards.

My friend Kim Belcher did a great job explaining what this appointment means to our traditional public school system with this quote.

“Under Morath you will see a push that will result in the accountability system being manipulated in order to takeover certain school districts. You will see private corporations step in to takeover public schools with the use of taxpayer funds. They will call them charters so it will be painted as a good thing, like you are getting competition and choices. In effect, you are being subjected to further taxation without representation because you will no longer be able to elect the board, they will be appointed. The last bit of voice that a parent or taxpayer has will be stripped from them.”

It is interesting to note who is praising the appointment of Mike Morath. It is not the local people of Dallas, who have seen him in action as a Dallas ISD school board member. Just read the comments section from this DMN article. It is not former students of his, because he does not come with a background in education, at all, aside from a substitute teaching position for 1 year.

The praises, come from all the “school choice’ education reformers who financially benefit from the public/private partnerships now in the business of educating the next generation of American students.

Notably, several board members from Texans for Education Reform.

“Choosing Mike Morath … is a gift to the school-aged children of Texas,” he said. The move “is a signal to Texas’ families that the status quo in education is no longer adequate for Texans.”

In a statement, the mayor called it “a farsighted and smart choice for the children of our state.” While the Dallas district “will lose a great trustee,” the selection will help schools statewide, Rawlings said. “Mike’s passion for children of all backgrounds combined with his intellect makes him perfect for this job,” he said.

Shapiro, a former GOP state senator from Plano, called it “a visionary appointment.” She said “Mike makes academic achievement a priority at Dallas ISD and works tirelessly to assure that decisions focus on what is best for children in our public schools.”

I would like to point out the cross between Democrat praise and Republican praise. Much like the bipartisan passage of the re-authorization of the 1965 act known as ESEA (Elementary and Secondary Education Act,) which was re-authorized in 2001 under George Bush as, NCLB (No Child Left Behind) and recently re-authorized as ESSA (Every Student Succeeds Act).

The Republican and Democrat, transformation of Education in America, legally locked in place, now that ESEA has passed.

Within the pages of the ESEA reauthorization bill, we know that it mandates a shift away from academics- reading, writing, math, and history being taught and tested in the United States. ESSA is a clear shift to social and emotional learning (SEL), affective and non-cognitive attitudes, values, beliefs, behaviors, changing American student’s worldview.

How do I know this? Because, unlike our elected officials, I have read and have been working with folks who have actually read the language and understand the binding impact included in ESSA. Which was voted on, by people who have NOT read the bill and who do NOT understand the terms and the language they voted on.

As Anita Hoge warned us about in her article Common Core, Choice and Charter Schools.

When you consider that there is a movement to destroy our representative government, “common core, choice and charter school initiatives” become the perfect impetus to change our American system by (1) moving away from teaching content to a “conditioning” process, and (2) changing how elected local school board members will no longer be minding our local treasury, property taxes. This overview tells a different story about where we are in this process than what you will find in most other debates about Common Core and Choice. Lets focus on the facts and think about how Charter Schools will impact the future of America.

Think about this. If we no longer have public schools with locally elected school board members, what will happen to your taxes? What happens to your vote and your voice in government? If our public school system is changed to a privatized “choice” system that uses our hard earned taxes with no elected boards, who controls what is taught? The parents? The citizen voters? Charter Schools are the ultimate goal for the takeover of public education. Charter schools are privately owned, usually for profit, with no elected local school board members, and they use public tax money. Plus, parents have no say in how they are run or what is taught.

I find it very interesting that Gov. Greg Abbott would appoint Mike Morath, a 38 yr. old graduate of the IB (INTERNATIONAL BACCALAUREATE) program, who has NO education background, as the Commissioner of Education. Morath’s bio states he is highly supportive of the IB program.

In the video below of Morath, taken at a town-hall hosted by Texas Senator Don Huffines, Morath is all about outcome-based learning and equity in education, (Equal Outcome). Which has been proven disastrous not only for children in poverty but for all students? As Dr. Duke Pesta stated…..

“If you make education about EQUITY, then it is not about EXCELLENCE, because we are not all the same educationally. Some of us read very well, way beyond our years. Others of us do math really poorly, way below our years. So what? So what? Education is excellent when it allows people to become what their God given talents are.”

Julie was the Director of International Partnerships at the COLLEGE BOARD, where she led their strategic relationships with K-12 international schools, education organizations, and government agencies. She also has worked for an education technology company to create innovative online and blended learning programs in the U.S. and abroad, including a stint to establish the organization’s office in Singapore. AS A REMINDER THE COLLEGE BOARD HAS ALIGNED ALL AP (ADVANCED PLACEMENT) AND THE SAT TO THE COMMON CORE STATE STANDARDS!

Julie began her career in the Texas House of Representatives and served as chief committee clerk on the House Committee on Public Education.

“In a nutshell, “It ain’t what you know but who you know.”

Mike Morath is cozy with Houston billionaire John Arnold (of former Enron fame). John Arnold established The Arnold Foundation that is pushing school choice. The Arnold Foundation works closely with Julie Linn of Texans for Education Reform. Linn, who used to work for an education company that designed online courses, became an education advisor to Gov. Perry and then to Gov. Abbott.

Both Mike Morath and Julie Linn seem to have had no real teaching experience, yet we are supposed to accept both as “experts” on how and what should be taught to help students become well-educated citizens.” 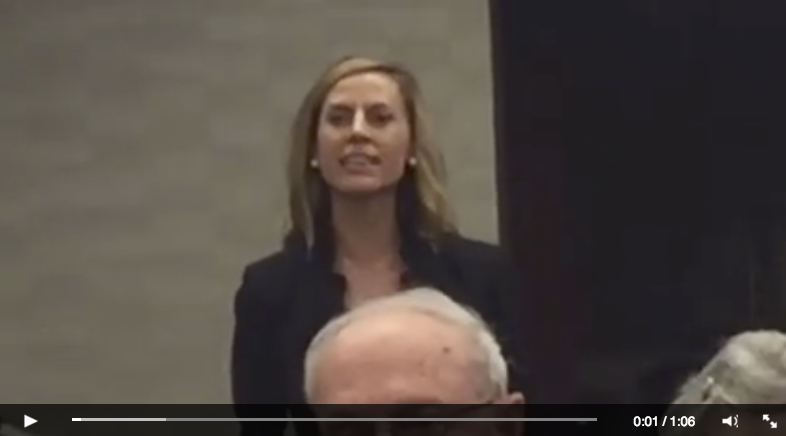 Texans, we are being taken down from within.

As my friend Mel Moss said. We are funding our own demise and allowing them to use our children to do it.

What can you do!!

Contact every Texas State Senator and let them know, you expect them to publicly come out and oppose this appointment.

“School Choice” is the mother of all public/private partnerships that will be the demise of academic education in America.

This globally coordinated effort is about equalizing and controlling the economy of the United States and the citizens of America.  You are no longer that boy from Amarillo, Texas who was a baseball star or in the band. You are now a global citizen. Not an AMERICAN.

Little did they know, (moms and dads) would actually take the time to read legislation like the re-authorization of ESEA much less the UN (United Nations) documents that say explicitly that “School Choice” is the means to get their “change the child” model into all schools because with public money comes public accountability. The discussion starts on page 86 but the money words are on page 91 and then on page 92 it goes into Human Capital, which connects to the WIOA (Workforce Innovation and Opportunity Act) passed by the US Congress last July 2014 and all its tentacles. Interestingly, no one seems to want to talk about WIOA. Except for Moms and Dad’s doing the research who do not see our children at “Human Capital” for the Government.