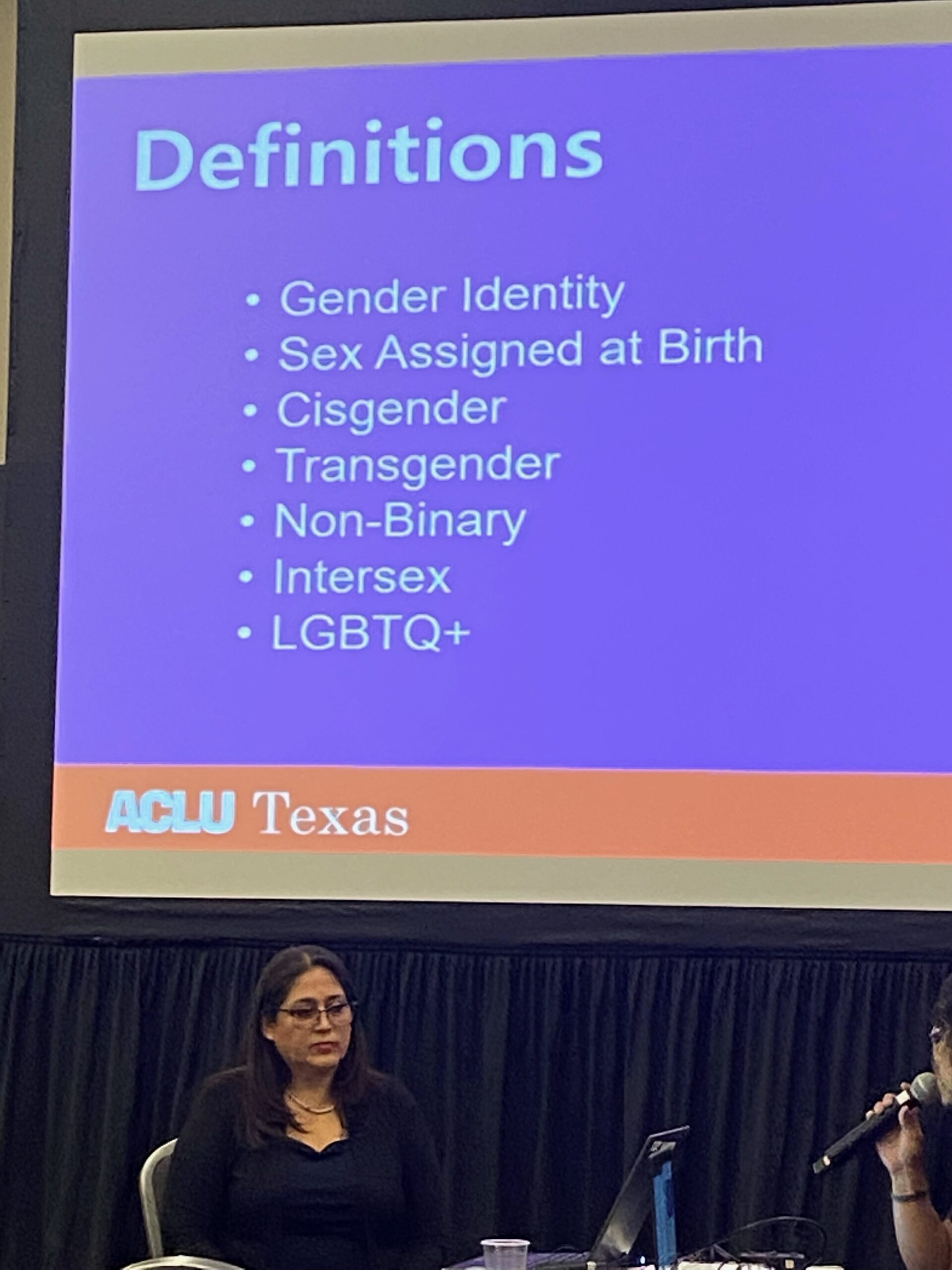 This past weekend school administrators and board members came together at TxED CON22, the joint TASA/TASB convention, for training on how to continue to administer TASA/TASB new vision of Public Education.

A vison that happens to directly align with and is funded by the Bill Gates Foundation and others. Their vision is to have direct access to modify our children’s attitudes, values, beliefs and behaviors. .

Our school “Leaders’ are learning

“Terms to Know”, Texas Law and how to deal with those pesky parents who show up at school board meetings questioning WHAT is being taught, HOW it is being taught and WHO is financially profiting off the backs of our kids and their teachers.

This is your tax dollars at work. If you are interested in knowing how we got here, this article clearly lays it out. Total Quality Management (TQM)- Texas’ Points of Compliance in the Education System

The fact that the information above is even a presentation at the TASA/TASB TxEDCON22 conference shows just how far they have come.

Question? WHY is the ACLU presenting at TxEdCON2022? Check out WHAT they are presenting…

“A group of “renowned human rights experts,” having no official authorization of legitimization formulated these principles in 2007 at a conference in Yogyakarta, Indonesia. In March of that year, they presented them to the public at the United Nations (UN) building in Geneva to lend them a glow of authority.

I was made aware of the Yogyakarta Principles after reading an excellent book, The Global Sexual Revolution: Destruction of Freedom in the Name of Freedom by Gabriele Kuby https://www.barnesandnoble.com/w/the-global-sexual-revolution-gabriele-kuby/1123115450?type=eBook

Fact: The key to YPs enforcement is admitting “sexual identity” into the constitution as an anti-discrimination criterion.

The principles demand that all countries of the world take totalitarian measure to change their constitutions, laws, social institutions, education systems, and their citizens’ basic attitudes in order to enforce…

Fact: The Obama administration, in an October 2010 “Dear Colleague” letter, Office of Civil Rights (OCR) issued guidance on clarifying that Title IX (9) protects LGBT students from harassment on the basis of sex stereotypes.

OCR wrote unequivocally that “Title IX’s sex discrimination prohibition extends to claims of discrimination based on gender identity or failure to conform to stereotypical notions of masculinity or femininity and OCR accepts such complaints about the investigation.”

Fact: According to the YPs definition of “sexual orientation” and “gender identity,” it is a matter of feeling- that is, of a person’s arbitrary, purely subjective self-definition- what one’s gender is.

The activists’ guide adds: “Requiring a person to subscribe to a particular identity group would only perpetuate the oppression that the rights are seeking to combat.”

My question is, what are we going to do about it?

My solution… DEFUND TASA/TASB and prevent our tax dollars from funding these PUBLIC/PRIVATE PARTNERSHIPS!!

Along with all the other NO BID CONTRACTS the TEA is unlawfully executing. As seen here: Mike Morath’s TEA Cash Cow

To be clear, this is NOT a Homosexual rights issue, this is an agenda that is well beyond. THIS is the sexualization of children. This is child abuse!!

TIME TO WAKE UP TEXAS PARENTS and TAX PAYERS!!