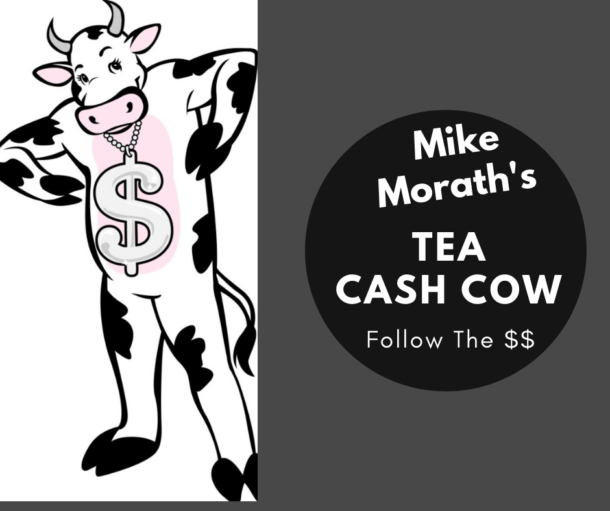 Currently, the Commissioner of Education of Texas appointed by Gov. Abbott is Mike Morath, since appointed in 2016 Morath has restructured the Texas Education Agency (TEA)?

As seen in the video below, Commissioner Morath was introduced at a “School Choice” townhall tour by former Sen. Don Huffines; Morath is a data guy who cares about “Student Outcomes”.

The question is, where is the data coming from and who controls the data. It is important to note, as I have before, an algorithm is an opinion written into code. Whoever writes the algorithm controls the outcome.

Did you know, Commissioner of Education Mike Morath does not have a background in Education? In fact, he is said to be a software developer.

It is important to note, in 2015 HB 2804 created the Texas Commission on Next Generation Assessments and Accountability to “develop and make recommendations for new systems of student assessment and public school accountability.” Sitting on the Senate Ed committee, Huffines voted for it to move out of committee, it passed and was signed into law by Abbott.

Apparently, Morath is ALL in with respect to the shift of education away from academics to Social and Emotional Learning (SEL). He starts at timestamp 5.34.

Did you know, Obama was for “School Choice” too? The “political purpose” of the College and Career Readiness Common Core-aligned Portfolio model of “School Choice” is not public and can be defined as a revolution through education. Revolution; defined as “a fundamental change in power or organizational structures.” This is, in fact, a centrally coordinated, reorganization of American education that has global tentacles that are indeed a threat to American’s national security. As I wrote about here in 2014.

The US Department of Education’s website details the four federal education reforms that they are almost done implementing:

1 Adopt College-and-Career Ready standards and high-quality, valid, and reliable assessments for all students.
2 Develop and use pre-K through post-secondary and career data systems.
3 Increase teacher effectiveness and ensure equitable distribution of qualified teachers.
4 Turn around the lowest-performing schools.

Use federally-required Computer Adaptive Tests that will not be accessible to local teachers or administrators — or parents at a set point after they are given. Meanwhile, federal reformers are remaking America’s entire testing system by aligning all K-12 testing — including the GED, SAT, and ACT — to Common Core so that subjective questions can assess real-world knowledge as the means for social change.

The federal executive branch revised regulations within FERPA —privacy law — so that data tracking could occur without Congressional approval and so student identifiable data can be shared with stakeholders without parental consent. According to the Data Quality Campaign, student data should be linked with health, social services, and criminal justice data systems.

3. Tie teacher pay to student test scores on the Common Core-aligned Next Generation of Assessments and redistribute “highly effective” teachers by federal mandate.

There were many of us who had concerns and testified against the nomination of Commissioner Morath. Here is the playlist of testimony against Texas Commissioner of Education, Mike Morath

Abbott appointed Commissioner Morath went on to restructure the TEA putting in place, a TEA Cash Cow of Patronage Payoffs. Here is just one example.

Mike Morath’s Restructure partners look to be cashing in.

One of Morath’s tactics is to attach “technical advisors” that must be used if districts are awarded the money.

For example, Morath awarded nonprofit Teaching Trust (now defunct) a contract worth $8.9 million but the school districts had to use and pay the for-profit consulting “partner” Big Rock Educational Services – made up of two TFAers. Matt Khirallah and Scott Hudnor. Matt’s sister was a senior member of the Teaching Trust team.

This is how Morath steers contracts and makes sure his friends get paid. Public funding paying consultants means the $ is not going to the classroom or to the kids.

Another important and key example was the hiring of AJ Crabill, as TEA Deputy Commissioner of Governance who was responsible for school improvement, charters, governance, complaints management, system support & innovation, investigations, school discipline/safety, accreditation, waivers, and districts of innovation. A man who has a great deal of power over locally elected school boards. For example, there were 11 public school districts that received the infamous letter stating that school
boards and superintendents must take special training because your plans for fixing underperforming schools “haven’t made the grade.”

So, who is AJ Crabill and what are his credentials?

Crabill is formerly known as Airick Leonard West. If you do a google search on AJ Crabill you will find a Wikipedia page that seems to not include some very important public information and related news articles linked to Mr. Crabill’s previous name of Airick West.

In addition, this bio omits that as an elected official Airick West had numerous Missouri ethics violations, not to mention both Kansas and Missouri arrest warrants while serving in elected office. and fails to mention Mr. West’s complete lack of professional experience and the fact that his own highest educational attainment is a High School Diploma, yet he is responsible for educator accreditation.

Here is what Morath had to say during his nomination hearing when questioned about Crabill.

While Crabill is no longer the Deputy of Governance, it clearly was a launchpad for him and others like Cara Belew to become governance consultants for school districts as mandated by Morath’s Lone Star Governance program.

Check out the TEA Houston ISD BOM application requirements. Applicants must do Lone Star Governance training. Notice TEA will inform you when/where to take this training by January 2 – wonder who the LSG Coaches are and how are they getting paid. YES! This is a racket. https://tea4avcastro.tea.state.tx.us/school…/coaches.html All you have to do is to become Lone Star Governance Certified. Apparently, all that is required is a High School Diploma.

The article below dated 12.3.2019 covers the period that TEA Deputy Commissioner of Governance AJ Crabill (formerly known as Airick Leonard West) served as a trustee on the Kansas City Public Schools (KCPS) Board. “Kansas City Public Schools Misses Full Accreditation, Faces Fallout From Fake Attendance Numbers. This comes as KCPS deals with the fallout of falsified student attendance records from 2013 to 2016. KCPS announced Tuesday that the district will have to repay $192,730 in funding the district received as a result of inaccurate attendance numbers.” https://www.kcur.org/…/kansas-city-public-schools…

All the School Board Governance training has not produced better results or educational quality.  It is all about the $$ not the quality of education. In fact, Kerri Briggs with Cicero accidentally spilled the beans and said TEA is overflowing with cash from grants and fed money.

So, I will end with this question. Is this Ponzi scheme really about giving parents a choice in quality education? Or is it, as OBAMA said a “Fundamental Transformation in America” through the education of the next generation of Americans.

I am for FREEDOM. Freedom for students to have a quality education of OPPORTUNITY NOT an education of Equity and Equal OUTCOMES based on a software program. MY CHILDREN ARE NOT HUMAN CAPITAL FOR THE STATE. The choice should be about a parent’s right not only to choose the location of their child’s education but the quality of education free from fraud, waste, and abuse.

Be watching. I have more to come…