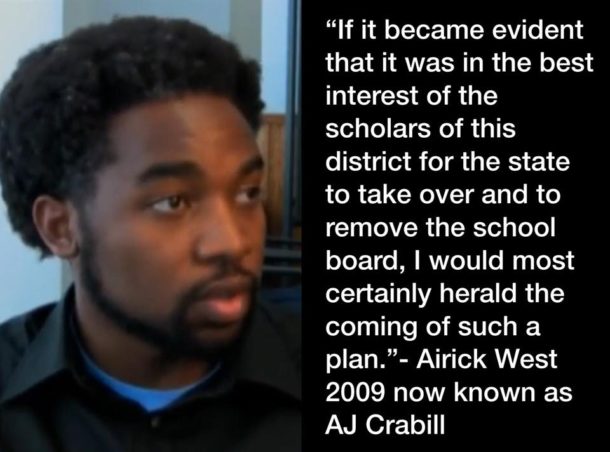 CAN I SEE who is financially benefiting from the Texas Education Agency TEA takeover of traditional public schools with locally elected school boards?

Texas taxpayers and parents beware, your children’s education and their data is now a COMMODITY!

I have been warning Gov. Abbott’s appointed Commissioner of the Texas Education Agency (TEA), Mike Morath, and his associates like A.J. Crabill, Kara Belew, and others have been groomed and used by those who see our children as their greatest commodity. And, they have been paid a lot of taxpayer money to get the job done.

Question? Who exactly is holding Commissioner Mike Morath and his public/private associates accountable for their “Outcomes” and the unethical collection of data of both students and their teachers?

Below is information and data the Desoto ISD School Board and Parents need to know as they fight against their school district from being taken over by the Texas Education Agency (TEA), and their APPOINTED “Conservator” A.J. Crabill to transform the school district. A district with a locally elected school board.

The Desoto ISD locally elected school board hired Weaver Tidwell to do a full Forensic Audit investigation and their Report was presented in May 2020. Notice, all items were in the past, and it appears that the current DeSoto ISD Board has already addressed most of the financial issues. The District is now fiscally rated by TEA as a C (which does not give TEA the right to takeover the District).

Here is the recent May 2020 Bond issuance for DeSoto ISD. Notice that all disclosures were made and the financial condition of the district is not an issue here. The Board authorized this transaction.

In spite of these two major actions in reconciling the finances of DeSoto ISD and shoring up their financial position as of May 2020, we find TEA in July 2020 now doing their “investigation” into past DeSoto ISD financial issues.

The timing of the TEA investigation and attempted takeover report is very suspect, especially in light of the forensic audit, and the current move for TEA takeover is no accident. It is important to note, Crabill has no financial experience whatsoever to be a Conservator over the alleged issues with DeSoto. I would assert this is a shakedown to give well-groomed Mike Morath and his public/private associates, now all ex-TEA staff guaranteed big fat consulting fees from a state-directed business – with no procurement for services.

Interestingly, Laurie Elliott recently did Board Training for the DeSoto ISD Board now works with former TEA Kara Belew in their established Board consulting company Tenet. They specialize in the government-mandated Lone Star Governance model I have warned about. Originally Belew was to partner with Crabill when he was departing TEA. Also important to note, Tenet is now running the Houston ISD Board “turnaround” training.

Elliott and Crabill have a governance history together in TEA abusing their authority and bullying districts in order to foster state takeovers. South San Antonio is a recent example.

Again, as I have been asking, where is the accountability for these taxpayer-funded education opportunists like Airick West, AKA A.J. Crabill? What is their background (see here)? How did they get into these positions to profit off the backs of our kids? When did Crabill officially resign and leave TEA employment? When was he hired at the Council of Great City Schools (CGCS)? Is he still employed through CGCS? In what capacity is TEA sending him to be a Conservator in DeSoto, is it under contract? What is he to be paid? As I have pointed out in the past, AJ Crabill’s, highest attainment of Education is a high school diploma. And now he is an expert in school governance over their financial stability? REALLY?

As I have testified before…
“Crabill is formerly known as Airick Leonard West. If you do a google search on AJ Crabill you will find a Wikipedia page that seems to not include some very important public information and related news articles linked to Mr. Crabill’s previous name of Airick West. You can find this important information on AJ here.

It is also important to understand what is happening at a national and international level. Remember I said, these people are being groomed and put into these potions for a purpose and paid well to get the job done. Crabill was previously hired by Mike Morath as his Deputy of Governance (making $180k+ w/TEA). Remember Crabill was hired with the highest attainment of education a high school diploma. In July 2019 Crabill was an Education Commission of the States’ (ECS)award, winner.
In Crabill’s acceptance speech (found here), he uses the same language warned about in Andrew Pollack’s book, ‘Why Meadow Died”. In this book, Andrew Pollack exposes the Education Reform Restorative Justice policies that contributed to the murder of his daughter Meadow.

As heard in the video of his acceptance speech AJ Crabill, “It is Adult Behavior that needs to Change”.

(Update) Is it ethical and legal for former TEA Deputy of Finance Kara Belew (now Texas Public Policy Foundation policy advisor) to nominate an unqualified (does not have enough education to be hired as a teacher) TEA Deputy of Governance, AJ Crabill for the ECS award? Did you know that the TEA pays $50K per year to the ESC. Do you agree with how YOUR tax dollars are being spent?

As seen in this document, Airick West was an Executive Board Member of the Council of Great City Schools (CGCS), of which Parkland Superintendent Robert Runcie was a Board of Directors as well.
Additionally, Texas Commissioner of Education Mike Morath was the Dallas ISD board representative of the Council of Great City Schools under former DISD Superintendent Mike Miles. As seen in this CGCS document.

AJ Crabill was put in place to implement CGCS policies in Texas.
YES! In Texas, these policies are being fully implemented and codified into law.
For those who have been trained by Crabill’s taxpayer-funded “Lone Star Governance” School Board training program, forced on local school boards, they have heard this mantra over and over.

This concept is directly from Obama’s Sec. of Education, Arne Duncan’s 2014 speech found here.
For those of us warning about Airick West and his ties as an Obama community organizer, we are not surprised.

As I wrote here...
Multi-Tiered Systems of Support (MTSS)
As defined in the Texas State Board of Education (SBOE)’s #2 recommendation for their Long Range Plan (LRP) for public education, which can be found here.

Texans and locally elected school boards, IT IS TIME TO FIGHT FOR OUR CHILDREN, HEARTS MINDS, AND SOULS!!