In the Past Kids use to Fail – NOT SCHOOLS!

Resulting in an “Education of Opportunity” and individual responsibility.

When we talk about the “Shift” in Education moving from an academic knowledge based education of Opportunity- (Equal Opportunity) where children were taught to read, write, do math and they know history well, to an Education of “Equity”- (Equal Outcomes). OBC (Outcome Based Education) is a focus on Attitudes,Values, Beliefs, Behaviors and changing a child’s worldview; for the good of the community. OBC is a template to fundamentally change America. Texas has been leading the way.

What we are seeing is a transformation in education where schools, not individual students are being held accountable.

Let’s talk about what the reality on the ground looks like when you force equal outcomes in education?

While we were working  and taking care of our families on 9.11.2015 , the video below shows what was going on down in Austin.

Leander ISD Dad- Randy Houchins was stepping up and protecting all of our children and exposing the corruption behind “Education Reform” in Texas, surrounding the accountability system and the Common Core philosophy of Math flooding into Texas Schools. 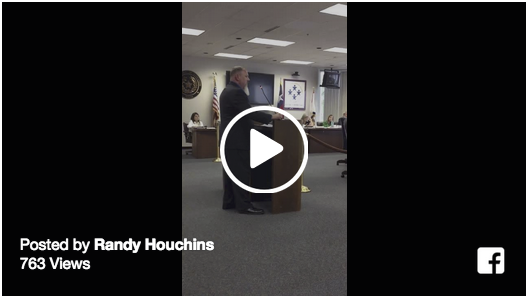 Below is a Women On The Wall Communication Team Conference Call that is one of the most important to take the time to listen to. Especially in order to understand how the progressive education radicals have taken solid math “Content Standards” and manipulated the system through the professional development of teachers to teach Texas children using Common Core/Fuzzy Math. Which is illegal in Texas since the passage of HB 462.

On the 9.16.2015 Women On the Wall we were able to follow up with Leander ISD Dad Randy Houchins as well as Dr. Lori Hines a Leander ISD Mom. Lori’s important testimony and follow up Q&A is also very important for parents to listen to in order to understand the reality on the ground for Texas students, parents and their teachers. Click Here and Here to listen to Dr. Lori Hines.

On the Women on the Wall call linked below we had Dr. Patrick Huff, author of The Takeover of Public Education in America

“A. Patrick Huff, Ph.D, is an experienced (retired) public school teacher and principal, who explains how “ESEA accountability”  was and is being used in the Lone Star State,  to crash public education and impose a new  tax-funded private school system using school choice with unelected boards. ”

Dr. Patrick Huff explains how the  Accountability System and what is meant by a failing school.

What is a subgroup? Essentially, a subgroup is an ethnic breakdown, a special education designation, a socio-economic designation, or an English Language Learner designation. In Texas there are ten subgroups in which students are placed. If one subgroup fails to meet the percentage required, the entire school fails to meet standards for that year.

What do the percentages in the subgroup mean? These are the percentage of students in the subgroup that passed the state assessment. It does not mean the percentage required to pass the assessment. The number required for passing the assessment is set by the state and is different from state to state. The Accountability System is concerned with the percentage of students passing in the subgroup. In other words, how many Hispanic, White, African American, Asian, Native American, Pacific-Islander, Special Education Students, English Language Learners, Two or more races, Economically Disadvantaged, students passed the assessment. For the school year 2014-2015 the percentage required in Texas was 83% for both Reading/English Language Arts and Math. These are the only two subjects graded by the federal accountability system. If the total percentage of each subgroup was below 83% the school failed to meet standards. There are only two categories of grade in the federal accountability system: met standards, or failed to meet standards. In the 2015-2016 school year the percentage for each subgroup will go up to 87%. Each year following will see an increase in the percentage of passing until 2019-2020 when the percentage required will be 100%. That’s right, 2019-2020 is the new 2014. Remember, 2014 was the original date that President George W. Bush mandated that every student would be proficient on the assessment. President Obama put a halt to the accountability system in 2012 and gave all states the opportunity to come up with their own plan for accountability. This is what was known as The Waiver. The Waiver carried with it strong requirements that originally Texas rejected. In order to get the Waiver and be relieved of the 2014 mandate of 100% proficiency the states had to agree to three requirements: Adopt Common Core as the curriculum standards, tie teacher and principal evaluations to their student outcomes on the annual assessment, and present a timetable for reaching 100% proficiency. Texas came up with a satisfactory plan in 2013 and is now under the waiver umbrella. Apparently, the curriculum standards Texas adopted, called STAAR, or similar enough to Common Core to be acceptable to the US Department of Education. Very important to note, the 100% proficiency requirement is back and 2020 is the new 2014.”

Now is the time to understand the reality on the ground.

In the video linked above of Randy Houchins’  HB 743 is mentioned. Below is a Bill Analysis of HB 743.

The bill requires that an assessment instrument be determined to be valid and reliable based on empirical evidence by an entity independent of the Texas Education Agency (TEA) and test developer before being administered. It also requires TEA to ensure that assessments primarily assess the Texas Essential Knowledge and Skills (TEKS) by subject and grade level, and place time limits on the completion of the tests.  Additionally, the bill requires a method for auditing and reviewing contractors who develop the assessments.

Texas, our children are being harmed by what is happening behind closed doors in Austin and because of the professional development of teachers provided for by the TEA and the 20 Education Service Centers.

Our children are being set up to fail  by the state and federal government. Are we going to sit by and let it happen?

Or are we going to step up the plate like Leander ISD parents Randy Houchins and Dr. Lori Hines and start holding the TEA, TASA and the ESC’s accountable. Start making calls Monday morning to your Texas elected officials and to the TEA and let them know it is time to start educating based on an equal opportunity for individual students –  NOT EQUAL OUTCOMES!