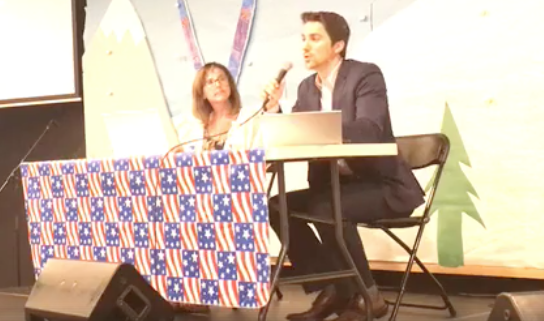 If you do not know all the facts, you can not critically think.

Like the fact that in Texas we already have “School Choice” written into the Texas Education Code (TEC), as Barbara Harless clearly laid out in her article… School Choice already exists in Texas

PUBLIC EDUCATION GRANTS and the public FINANCING of the grants is, and has also been, in the Texas Education Code since 1995.

Why then, does the Texas Legislature continue to reinvent the wheel with programs designed to force private schools to accept public money through grants or vouchers?  This is done under the guise of helping the poor inner city kids with their failing schools.  Actually, it is to control the private schools where the state has been unsuccessful before. The 10th plank of the Communist manifesto reads:

Free education for all children in public schools. Abolition of children’s factory labor in its present form. Combination of education with industrial production.

Or, the fact that our American public school system created the most powerful economy in the world. But that has all changed.
WHY…

This test shows very well what was expected from an eighth grader in the 1950’s.

I had the opportunity to debate Jeremy Newman on the difference between Good School Choice and Bad School Choice, which is, in fact, a government controlled choice system.  You can watch the debate below.

I am a 49 yr. old public school educated Mom who has 3  children. All three were in the public school system. Two graduated high school from a public school and now are in college. Our third child I am now home schooling.

Our Traditional Public Schools (with locally elected school boards) have been set up to fail, intentionally.

A FEDERAL UNCONSTITUTIONAL SYSTEM has been locked in place through the passage of federal and state legislation (designed like a set of gears) “rigged” if you will, to sort our children into positions within the workforce, based on the Soviet model.

Specifically by the passage of the Workforce Innovation and Opportunity Act (WIOA) and the Every Student Succeed Act (ESSA).

There is a fundamental “SHIFT” occurring in education today. Some will say it is 21st Century Learning. The fact is, technology is the only “21st Century” thing about it. It is the same Outcome Based/School to Work education heroes like Phyllis Schlafly, Charlotte Iserbyt, Beverly Eakman, Dr. Peg Luksik and many others fought against in the late 60’s and early 70’s and again in the late 80′s and early 90′s. Bill and Hillary Clinton and the Bush family have been key players in all of this and should be held accountable!

There was a purpose behind College and Career Ready National Standards also known as the Common Core.

2. Broadened Impact – The Common Core National Standards expand the target be from K-12 (Kindergarten through 12th grade) to a P-20 (Pre-school through College, Trade or Graduate School) system.

3. Testing Based Outcomes- The Common Core National Standards shifts from the “Mental” (Academics and Knowledge Based Tests) to “Behaviors” (Performance Standards and Competency for the workforce).

4. Adjustments to Ideology- Change American’s worldview from nationalism into globalism and allow a government controlled economy known as ”Dirigisme” or the more common use–a dirigiste economy. It
means essentially a state-directed economy.

5. Dismantle traditional public schools in favor of charter like structures (public/private partnerships) that will be forced to generate student data for corporate profit and state control.

The “SHIFT” is NOT liberal vs conservative. Parents and educators on both sides of the political aisle are horrified by what they are seeing in the classrooms. The fundamental shift in education we are talking about is changing from a transmission of knowledge, that parents still expect from our schools; all schools public and private, to an emphasis on altering the students world-views, their values, attitudes, beliefs, and behaviors.

When education is focused on how students perceive the world, that is known as Critical Theory or Cultural Marxism. College Board’s SAT and AP (Advanced Placement) assessments and conceptual frameworks can be described as “

You are no longer that boy from Argyle, Texas who played baseball and was a Boy Scout. You are now a global citizen. Not an Individual and Not an AMERICAN. American Exceptionalism destroyed.

As I written previously…

The fact is, Texas did not need to implement the Common Core National Standards. We were apart of the creation of the first College and Career Ready Standards and a part of the American Diploma Project. We have been implementing the school to workforce template from the beginning.

Frankly all these Non-Profit organizations TASA, TASB, TAMSA, Raise Your Hand Texas, and Teacher Parent PAC , Texans for Education Reform (now renamed Texas Aspires), Texans for Education Opportunity,  are stakeholders in the shift of education no longer being about an individual’s success and opportunity in a free and prosperous America, to the collectivist education of equity in the 21st global economy.

Now, where does School Choice fit into the equation and is it a National Security threat?

The political purpose of the College and Career Ready National Standards and School Choice is not public and can be defined as revolution through education. Revolution; defined as “a fundamental change in power or organizational structures.” This is, in fact, a centrally coordinated, reorganization of American education that has global tentacles that are indeed a threat to American’s national security.

The vision to “fundamentally transform” education clearly laid out the pathway to Globalization is through “School Choice” because with “choice” comes accountability through rules and regulations and accreditation.

This Texas Mom says…. NO!! My children are not “Human Capital” for the State or Federal Government!!

The books are quite explicit. Ted Sizer wrote a book in 2004, The New American High School, which laid out the vision with cites to books going back to the 70′s that the vision for Nationalizing Education was through “School Choice” 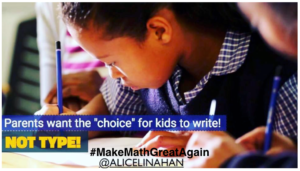