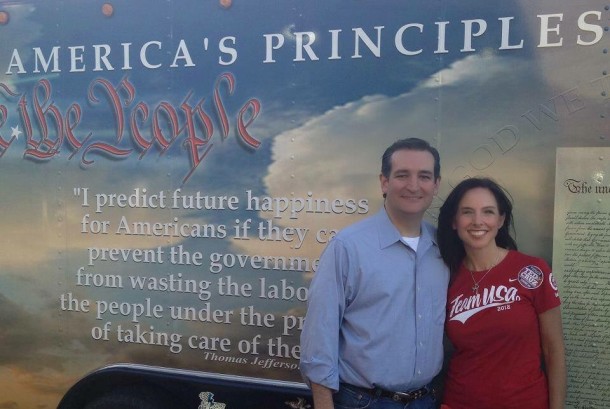 I had to write this post after a question was asked on Facebook  questioning Ted Cruz regarding S. 306, which is a Choice, Title I Portability, Education Savings Account, 529 Plan all rolled into one. In addition,  S 306  makes every HOMESCHOOL in the Country  A PRIVATE SCHOOL

As a reminder: I have said it before and will say it again, “School Choice” is the Carrot to Control.

School districts across America are transitioning from the traditional model of assigning students to a school based on their residential address to a system that allows families a choice of schools. Depending on the district, families can choose public charter schools, affordable private schools, magnet schools, virtual schools, and regular public schools in which enrollment is based on parental preference rather than zip code.  Districts differ in which of these options is available, the ease with which parents can exercise the choices available to them, and the degree to which the choice system results in greater access to quality schools.

In order to shine light on those distinctions, the Brown Center on Education Policy at Brookings released an annual Education Choice and Competition Index (ECCI) that chronicles how school choice is progressing in the nation’s largest school districts. The fourth iteration of the ECCI was released today at an event featuring a keynote address from Senator Lamar Alexander (R-Tenn).

“School Choice” is the mother of all public/private partnerships that will be the demise of education in America.

UN (United Nations) documents  say explicitly that “School Choice” is the means to get their “change the child” model into all schools because with public money comes public accountability. The discussion starts on page 86 but the money words are on page 91 and then on page 92 it goes into Human Capital, which connects to the WIOA (Workforce Innovation and Opportunity Act) passed by the US Congress, July, 2014, and all its tentacles. Interestingly, no one seems to want to talk about WIOA. Except for Moms and Dad’s doing the research who do not see our children at “Human Capital” for the Government.

While we know that Senators Cruz, Lee, and Crapo voted NO for Every Child Achieves Act /Alexander’s Reauthorization of ESEA.  It appears that Sen. Cruz, Sen. Lee, and Sen. Crapo, were moving in the wrong direction with S. 306.

I would like to personally remind all three Senators that a National Grassroots Coalition Says NO to ESEA (Elementary and Secondary Education Act) Reauthorization and they must come out publicly against the Re-Authorization of ESEA right away.

As my friend Anita Hoge has pointed out…..

This is what S 306 is proposing:  Title I Portability will be offered to ALL CHILDREN in public and private schools. The criteria will be “per pupil expenditures” legalized as funding that would “follow the child.” They changed the definition of Homeschool to a private school, so that all students in public and private school come under the umbrella of Title I. All children identified for Title I  funding will come under the net of ESEA. Therefore, all children can receive Title I per pupil expenditures to go to the school of their choice.
Education Savings Accounts, ESA, and 529 Plans have been expanded to include Early Childhood through college or P-20 (Pre-School through Workforce.) So, ESA’s will become the backpack of funding that every child will receive from local and federal funds to go to the school of your CHOICE. 529 plans are expanded so that more money can be transferred into the ESA’s from both local coffers and federal Title I funds. Expanding existing criteria for 529 plans to age 0-21 not just college, overlaps the national health care system, Obamacare, for the “direct student services” which will be paid for by Medicaid. (See below) This also identifies why the early childhood from Alexander, Casey, and Murray is being pushed…Common Core For Babies.
HERE IS WHERE THE PLOT THICKENS….What is In an the Every Student Succeeds Act (ESSA) which is the re-authorization of the Elementary and Secondary Education Act (ESEA) passed in 1965?
“Specialized Student Support Services” and “Direct Student Services” mandate equitable services to all private schools, the same as in public schools. This is referred to in the ESEA legislation as “meaningful choice.” There are specific lists of providers that must be used, as well as, an ombudsman that will oversee compliance in private schools. This is where the mandate will force teachers to identify students as being At-Risk of not meeting Common Core as a disability and perform psychological services paid for by IDEA.  These interventions are defined as positive behavior intervention and supports, PBIS, multi-tiered system of supports, MTSS, response to intervention, RTI, and early intervening services, EIS, etc.  These interventions are happening NOW because of the Flex Waivers. By identifying students as At-Risk under Title I,  ALL will receive psychological treatment and interventions on your children in private, Catholic, and Christian schools, as well as homeschools (defined as a private school.) THERE WILL BE NO ESCAPE FROM COMMON CORE OR THE PSYCHOBABBLE IN THE LEGISLATION. Regular classroom teachers are being trained to identify children who would need services through PBIS, RTI, EIS, & MTSS.
Once ESA’s are in full operation dedicated to each individual student, an individual career pathway  meeting Common Core and softskills (Grit) interventions and a treatment plan which will funded by direct student services known as psychobabble. Because these specialized services are defined in the legislation as psychologists, psychiatrists, social workers, etc, these services will be mandated. These members of the psych profession will be in a position for MEDICAID TO BE BILLED FOR SPECIALIZED STUDENT SUPPORT SERVICES. This is your meaningful CHOICE. Medicaid is on the scene as mental health wrap around services. Your family and child will be assigned a case manger. This initiates an individual family service plan. The federal government has just walked into your front living room door.
(THIS ORIGINAL PLAN WAS DRAWN UP UNDER SEC BELL UNDER THE REAGAN ADMINISTRATION UNDER THE NAME “KNOWLEDGE NETWORK FOR ALL AMERICANS.” Bell has written extensively about parents not being capable to raise their own children.)
Please see the following pages in my Womb To Tomb that show the entire system except for the ESA and 529 Plans which will be used to gather all per pupil funds that will follow the child in a backpack of services.
http://tinyurl.com/p5284pc
Pages 173-197 Medicaid and Case Mgt through EPSDT ( links to Obamacare 0-21)
Pages 198-208 Farrell School District as a model for the 21st Century Community School
Pages 209-210 Governor’s Children’s Cabinet Bypassing Legislative Authority
Pages 211-220 Knowledge Network Individual Student and Family Service Plans.
Nothing is new again.  The following questions should be asked of your federal representatives. ESEA must be stopped. Kline and Alexander should be thrown in jail.
If Cruz, Lee, and Crapo continue to follow the script word for word,  it will destroy this country. This must be stopped!
Links About Title I Portability:
Obama’s Equity Plan
https://drive.google.com/open?id=0B6zikOSdV-TAcFpjSXRUT0JEZk0
Paying For Title I Portabilityf
https://drive.google.com/open?id=0B4ES8AgNN2GCTzVJbEtqY3pDUXM
How Will Title I Impact Your Community
https://drive.google.com/open?id=0B6zikOSdV-TAWmN0endoWHdrNHM
ESEA Reauthorization, Republicans, and Obama will enforce this blueprint of nationalizing education in the United States. ESEA IS A CONSTITUTIONAL CRISIS. States Rights, privacy, data tracking & trafficking, 1st & 4th Amendment Rights…due process FROM PSYCH INTERVENTIONS…UGH!
See Just Page Numbers: http://tinyurl.com/odntm6s
See Legal Violations: https://drive.google.com/open?id=0B6zikOSdV-TAeWRuZFoyYXR2cnc
Our children will be prodded and forced to change their values and beliefs, and they will be monitored by the data collected daily on their compliance with immediate constant feedback loop control patterns of interventions and remediation.
ESEA MUST BE STOPPED!
Data mining and Obama’s EO 12866 must be rescinded.
This is a sad story for America & our children’s future. Look for Obama, Boehner, Alexander, & Kline to try to push this agenda through.
This is the direction the ESEA legislation is moving, and who the perpetrators are pushing this agenda. Don’t give up now. We must fight to the bitter end.