By Alice Linahan January 2015
I had a great time on the Sam Sorbo show this morning peeling back the onion on what the Common Core really is. Below is the information that I mentioned on Sam’s show.

As Robin Eubanks, author of Credentialed to destroy, has stated: “Common Core is really just a ruse to jettison the traditional role of high school and force the School to Work vision that was so controversial in the 90s.”

What has changed from the ’90s is the enormous amount of private data on our children and their teachers that is the new currency in the 21st Century education.

Texas we have a problem~ I thought we said NO to the Federal Government when it comes to the Common Core Philosophy of Education? Oh but wait…

Here is a little inside info from Anita Hoge that may just surprise Parents, Grandparents and Tax Payers.

“Below is a link to retrieve your state contracts for your state longitudinal data system. This link will give you access to your state grant with the National Center for Education Statistics so that you can see how your particular state fits into the national data collection scheme. Each state can find their grant at the link below. You can identify how your state established a “national unique ID” for each and every student in your state. You can connect the “womb to workplace” data system and prove how this workforce data collection tracks individuals, including wages. Your “national unique ID” identifies your child through mazes of data trafficking that is supplied to the federal government. Outside contractors have access to personally identifiable information on your family for free. 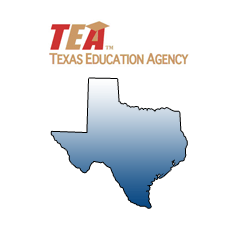 President Obama’s Executive Order (EO 12866) has allowed personally identifiable information to be collected, dispersed for research, and given to third party contractors by “unlocking” the Family Education Rights in Privacy Act, FERPA. Your state is no exception. This is the collection of information on your “whole child.” If your child is about 28 years or younger, they have a national ID and a federal dossier. This data system has been announced by the National Assessment of Educational Progress as a prototype for a new kind of Census – a psychometric dossier, on every child, adolescent, and adult including information on their child’s attitudes, values, opinions, and beliefs, “womb to workplace.”

The three following federal initiatives have nationalized education in the United States which were initiated without the authorization of Congress and done by Presidential Executive Order or by fiat through Secretary of Education Duncan:

PARENTS ARE YOU REALLY OKAY WITH THIS!!  REMEMBER IN TEXAS WE PASSED HB2103

Tracking and trafficking of this personal and sensitive “snapshot” of your student is digitized into a state data warehouse relayed to the federal data warehouse. This data can be released to outside contractors through written agreements between state departments of education. This “snapshot” of your child reveals all mental, health, and physical aspects of your “whole child.” This is unconstitutional and these Civil Rights issues remain to be pursued. All three federal actions were done without the authorization of Congress and deceptively initiated through presidential fiat. These three federal initiatives have effectually nationalized education in the United States, mandating that individuals meet the nationalized Common Core Standards.

Data is the “new” currency. The trafficking of this data into the hands of corporate America represents the biggest redistribution of wealth – stolen from middle class America – that this country has ever known. All these researchers, corporations, foundations, businesses, and universities – i.e., Carnegie Foundation, Gates Foundation, Annenberg, Microsoft, Google, Walmart, Cisco, Pearson, ACT, McGraw Hill, ETS, Amazon, University of Pennsylvania, Carnegie Mellon, Penn State, etc., etc., etc.,– are able to access this data for free! Your hard earned tax money is paying for every stroke on the computer in this data collection. Every data transfer; every textbook, curriculum, lesson plan; all research developed on ‘how to’ psychological techniques and conditioning processes; hardware, software, rewiring of schools, computers, iPads, Internet services, digital technology devices, phone apps, code books; every test, all embedded assessments into the curriculum; teacher training, teacher evaluations; data analysts, computer programmers; research in biometric data, every state longitudinal data warehouse, every federal data warehouse, every computer transaction and everything about Common Core… has been paid for by you! Your child’s future is being stolen and sold. I hope that makes you mad. You are paying for it.

IN TEXAS THROUGH HB2103 Three centers for education research (CER’s) will be set up to conduct research using the data from the TEA, THECB, and TWC that goes back at least 20 years.

The data will be known as the P-20/Workforce Data Repository and will be operated by the Higher Education Coordinating Board.

The Texas Higher Education Coordinating Board will establish three centers for education research (CER’s) to conduct studies and share education data, including college admission tests and data from the National Student Clearinghouse.

Interesting to note Abbott’s appointments to the “UT Board of Regents announced on Thursday is Sara Martinez Tucker, the CEO of the National Math and Science Initiative. Writing in US News and World Report in February of 2014, she praised the controversial Common Core initiative being promoted by the Obama Administration.

Did you know~ via Robin Eubanks, author of Credentialed to Destroy

“The language from the ESEA (Elementary and Secondary Education Act) rewrite on closing the achievement gaps between groups that objectively have had very different life experiences basically limits what can now go on in a K-12 classroom in any state or locality. Some local control, huh? Interestingly the only kind of education that will now suffice is precisely the same as what political and social transformationalists intent on social justice also want. It’s the same kind of K-12 education that members of the Chamber of Commerce also endorse since it makes genuine, shift the paradigm invention and technology far less likely.”

Are you really okay with the Federal Government in bed with State Government managing the Talent Pipeline?  Basically our children are human capital for those in power.  Here is a report prepared by the US Chamber of Commerce for a November 19, 2014 national conference in DC to sell its “New Approach to Managing the Skills Gap.” The idea is to partner with “employers in regions and communities across the country to advance talent supply chain solutions.” Employers are now to be treated as the end-customer of the K-12 and higher education systems. That document calls on employers to take the initiative in “championing a new vision for employer engagement with education and workforce systems.”

This is the 3rd radical education reform in the US which seeks to shift education in America from an Education of Opportunity based on academics – reading, writing, math and history (Equal Opportunity) to an education of Equity based on – Attitudes, Values and Beliefs. (Equal Outcomes). The question then becomes whose attitudes, values and beliefs? If the New College Board owned AP Advanced Placement English 3 framework and national assessment are any indication, it is not pro-America or pro-capitalism.