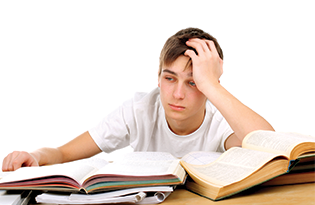 An Editorial Opinion by A. Patrick Huff, Ph.D.

Today’s public schools are currently trapped in an endless downward spiral that is taking them further from the goals of academic achievement and into a morass of mediocrity.  This article is a call to action for all Texans concerned about the state of our public schools.

The punishment associated with failing to “meet standards” forces schools to stay in a constant state of preparing for the next testing cycle.  We are on the brink, again, of witnessing a repeat of 2012 when schools across the country were “failing” in mass.  Before a person rushes to judgment in an indictment of the teachers and administrators, it is prudent to understand what is at the heart of this failure?

Schools fail, not because they aren’t working to the best of their ability to educate all students; nor is it always a lack of leadership. Schools fail because they failed to meet standards. What does the federal Department of Education regard as standards? It has nothing to do with curriculum standards, or the correct scope and sequence of topics that are taught by the teacher.  Meeting standards has everything to do with subgroups and the percentage of students who passed the yearly test in their subgroup.  I’ll explain subgroups in a minute.

Every businessman and businesswoman agrees that companies need standards, and they understand accountability. They think that how these terms are applied in business is the same as how they are applied for school accountability.  Nothing could be further from the truth. This is one of the ways the government has fooled the public.  It is classic semantic deception.

What is the mechanism that causes schools not to meet standards and eventually fail?  It is the federal Adequate Yearly Progress mechanism that went into action when No Child Left Behind was enacted into law in 2002 under George W. Bush’s administration. President Bush made into law that by 2014 all students would be proficient on the test.  What most people missed was that proficient meant the students had to pass the test. In other words, by 2014 every student will pass the state test. What this resulted in was a gradual progression toward 100% proficiency that began after Congress passed the bill. The proficient percentages required were low at the start, but when they grew to 83% in Reading/English Language Arts and 75 % in math in 2011, schools began to fail in record numbers.  It is the percentages required for AYP in the subgroups that are the standards.  This is critical for understanding school accountability. For a school to make accountability it must meet standards (percentages in the subgroups) every year from the results of the school wide testing outcomes.  There is also a state component that involves four tiers used for comparison with past performance and linked with the federal AYP percentages. I am not going to attempt to explain this part.  Suffice it to say that it only complicates the accountability picture.

In order to get a clear picture of accountability, let me clarify subgroups.  When I was working as a principal there were 7 subgroups where all students were placed. Five were at the state level and the federal government added two when NCLB was enacted. The state subgroups are defined as all students, African American, Hispanic White, and Economically Disadvantaged.  The Federal Government added Special Education and English Language Learners.  In 2010 the number went up to 10 subgroups to include Asian, Native American, and multi-racial.  In most locations throughout the country, the most difficult subgroups to meet standards (the AYP percentage required) are economically disadvantaged, special education, and English Language Learners.  Each of these subgroups can have students that fit into two or more of the subgroups.  If they are educationally behind, their test scores will affect the outcome of more than one subgroup.  For example, a Hispanic student that is an immigrant to the U.S. and qualifies for special education as well as an ESL or Bilingual program and is economically disadvantaged on top of that, has his or her scores placed in four categories or subgroups.

No Child Left Behind required in 2002 that all students be proficient by 2014.  That date has passed but AYP has not gone away.  President Obama issued a waiver to relieve the states of the 2014 mandate. One of the conditions of the waiver was that each state had to develop their own plan for accountability that would be accepted by the U.S. Department of Education.  Texas developed their plan and it was accepted in 2013.  In order to be accepted and relieved (temporarily) of the 2014 mandate of 100% proficiency, each state had to accept a standards of curriculum that provided college and career readiness.  This turned out to be Common Core.  Texas does not have Common Core but the curriculum that is currently used is so much like Common Core that the feds accepted it.  The state plan also had to link the teacher and principal evaluation to their testing outcomes of the students.  Finally, each state had to provide their own plan to reach 100% proficiency on the test.  For Texas, our date for perfection is the school year 2019-20.  This means our schools are under a progression of testing proficiency in each subgroup that will increase each year until we hit 2019-2020, when all students are mandated to pass the state test. Does this sound realistic to you, or does it sound insane?  The percentage required for each subgroup last year was 83%.  Now the schools have to hit 87% this year. Hundreds of schools “failed” last year across the State of Texas.  Hundreds more will “fail” this year.  Next year the passing percentage for each subgroup will hit 91%.  Who can keep up with this ludicrous insanity?

Let me present to you just one example of a public school in the Houston area that is struggling with accountability.  They are in stage three of the “School Improvement Program”.  If they don’t miraculously make the required standards this year, they move into stage four where most of the staff and the principal are replaced.  At stage five, the state agency takes over the school.  In this school, and hundreds more across the U.S., all actions are under the microscope.  Local and state overseers tell the teachers what to teach and how to teach it.  Every move the teachers and principal makes is scrutinized and questioned.  This is an elementary school where young minds should be gaining a love for learning.  This is where the educational foundation that is laid will pave the way for the rest of their life.  Instead they get drilled, benchmarked, and pressured to make a passing grade on the next state test.  Common assessments are given every three weeks. Data is a constant companion to check for progress.  If this were not a state public school, a referral to Child Protective Services would be appropriate.  Many of the teachers in this school see the handwriting on the wall and know that their walking papers will soon be delivered at the end of the school year in June.  They are already beginning to pack up and prepare for seeking a job elsewhere at the end of the semester.  Is this any way to teach?  Does it sound like a just and fair way to treat children who may just be eight years old?  The Accountability System delivers all of this abuse heaped on the teachers and children.

The public schools across the state are on Red Alert!  Warning:  Takeover Ahead!  Please call your local congressperson and senator and voice your opposition to this madness.  The Accountability System has a death grip on the public schools and it has to be eliminated.  In order to get changes, it has to be done through policy changes in Austin.  Forget D.C.; it is a broken, debilitated quagmire of inefficiency.  It’s time for Texans to take the lead and do what is best for our public schools and the children of our state.  Let Texas be the example for the rest of the country.

A. Patrick Huff is the author of “ The Takeover of Public Education in America:  The Agenda to Control Information and Knowledge Through the Accountability System”, 2015. The book can be found at http://www.aphuff.com.  Dr. Huff is a retired middle and high school principal with 34 years in the public education profession.  He lives with his wife of 34 years in Tomball, Texas and can be reached at aphuff51@gmail.com